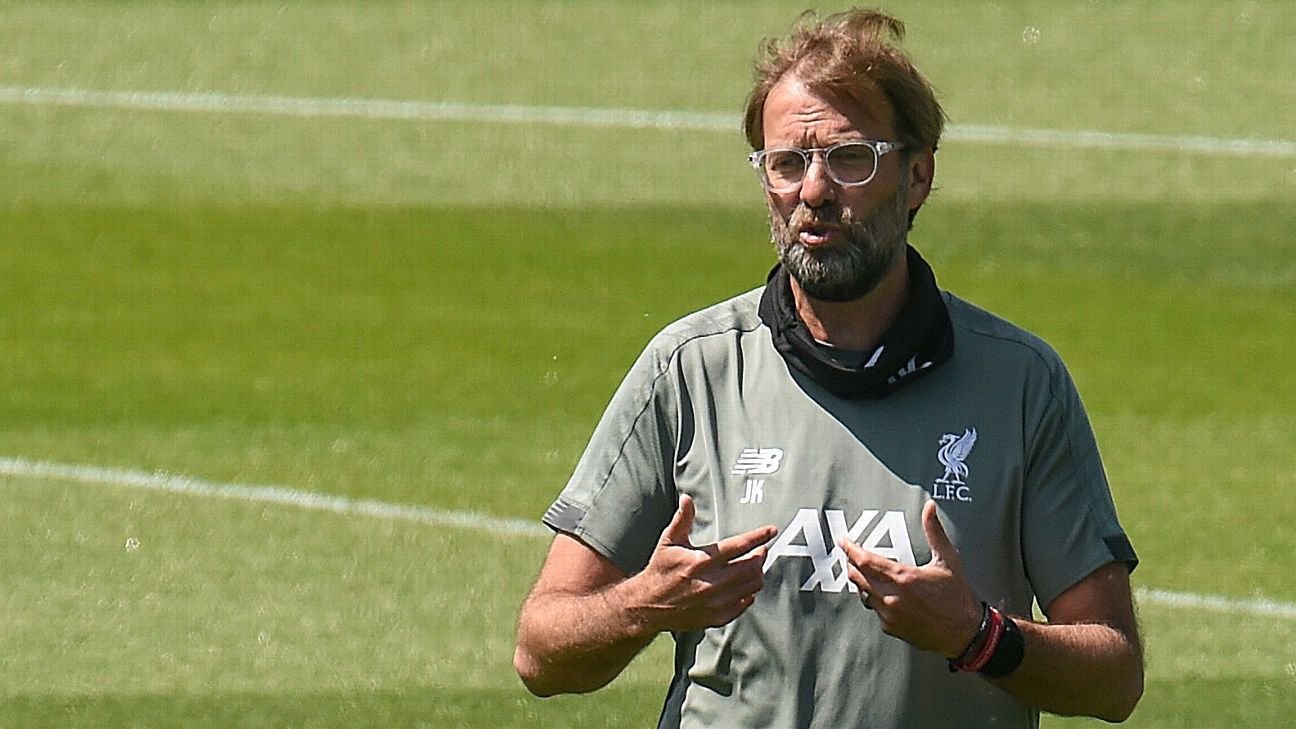 The Premier League is considering staging up to six fixtures at neutral venues — including Liverpool‘s potentially title-winning game at Everton next month — on the advice of police chiefs.

Plans were revealed on Thursday for the league to provisionally resume on June 17 but concerns have been raised by officers over the possibility of policing issues and crowd gatherings if certain matches are played in the conventional home-and-away format.

Liverpool are 25 points clear at the top of the table and need two wins to secure their first title in 30 years.

However, if Arsenal beat City in the first game back on June 17, Liverpool could clinch the title at the home of their Merseyside rivals, heightening pre-existing policing concerns around that fixture.

“We are working with our clubs to ensure risks are assessed and minimised, while cooperating with the police at a local and national level. Discussions with the National Police Chiefs’ Council and UK Football Policing Unit have been positive and are continuing. We are prepared for all outcomes and have a neutral-venue contingency.”

Sources have told ESPN that the government views Wembley as the ideal neutral venue to relocate matches.

The final decision on where games will be staged has not been taken. Some of the country’s 43 police forces have raised objections to certain fixtures being moved to their area of jurisdiction and therefore talks will continue with the league in the coming days.

Liverpool’s games will continue to be flagged should they take longer to win the title upon resumption, meaning the current list of six games could be extended further. It may also include teams threatened with relegation depending on how the league progresses next month.

The Manchester United vs. Sheffield United fixture has been flagged for several reasons including the proximity of the two cities, the presence of both clubs in the race for Champions League football and also an incident involving fans from the two clubs in January 2016.

There were banning orders issued to 11 supporters totalling 39 years after fans clashed in a Manchester city-centre pub.

Newcastle have been cited as a possible risk due to the club’s fervent fanbase and the imminent completion of a takeover by a Saudi-backed group after years of frustration under owner Mike Ashley.

The Premier League are hoping to finish the campaign by July 25. The FA Cup quarterfinals take place at home venues — subject to police approval — on June 27-28 with the semifinals likely to be at Wembley on July 11-12. The FA Cup Final will then take place on Aug. 1.