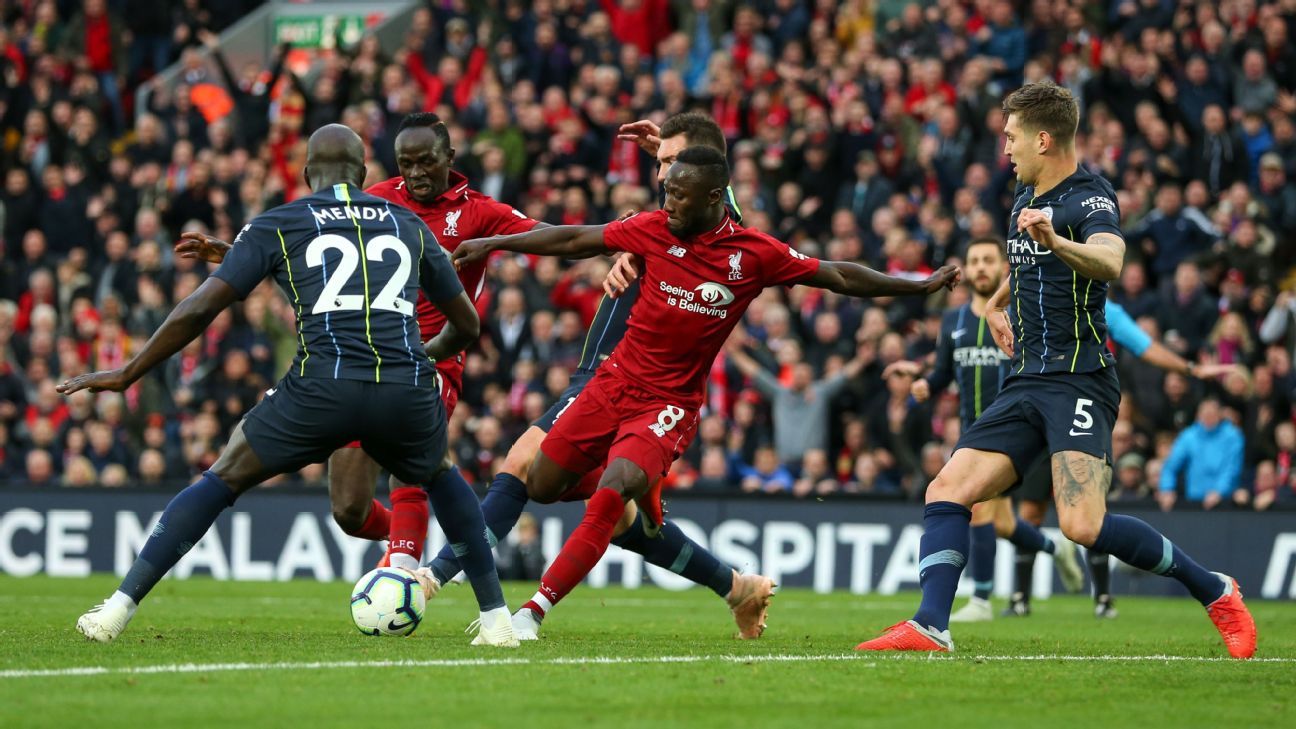 
Liverpool are sweating on the fitness of Naby Keita after the midfielder sustained a muscular injury in his leg on international duty with Guinea.

Keita was substituted at half-time in Guinea’s Africa Cup of Nations qualifier with Rwanda on Tuesday, which was played on an artificial surface at the Stade Regional Nyamirambo.

A source in Guinea told ESPN FC that Keita may have suffered a small strain, although more would be known after further examination.

A source close to Liverpool, though, said they would not provide a diagnosis without assessing the player themselves. Keita is now returning to Merseyside and will undergo tests by the club’s medical staff.

Liverpool have had a number of injury concerns over this international period, with Mohamed Salah, Virgil van Dijk and Sadio Mane all withdrawing from their national teams early.

Keita, who arrived at Anfield this summer from RB Leipzig, suffered back spasms in Liverpool’s defeat to Napoli earlier this month, his most recent start for the club, and was kept in hospital overnight to rule out any spinal problems.