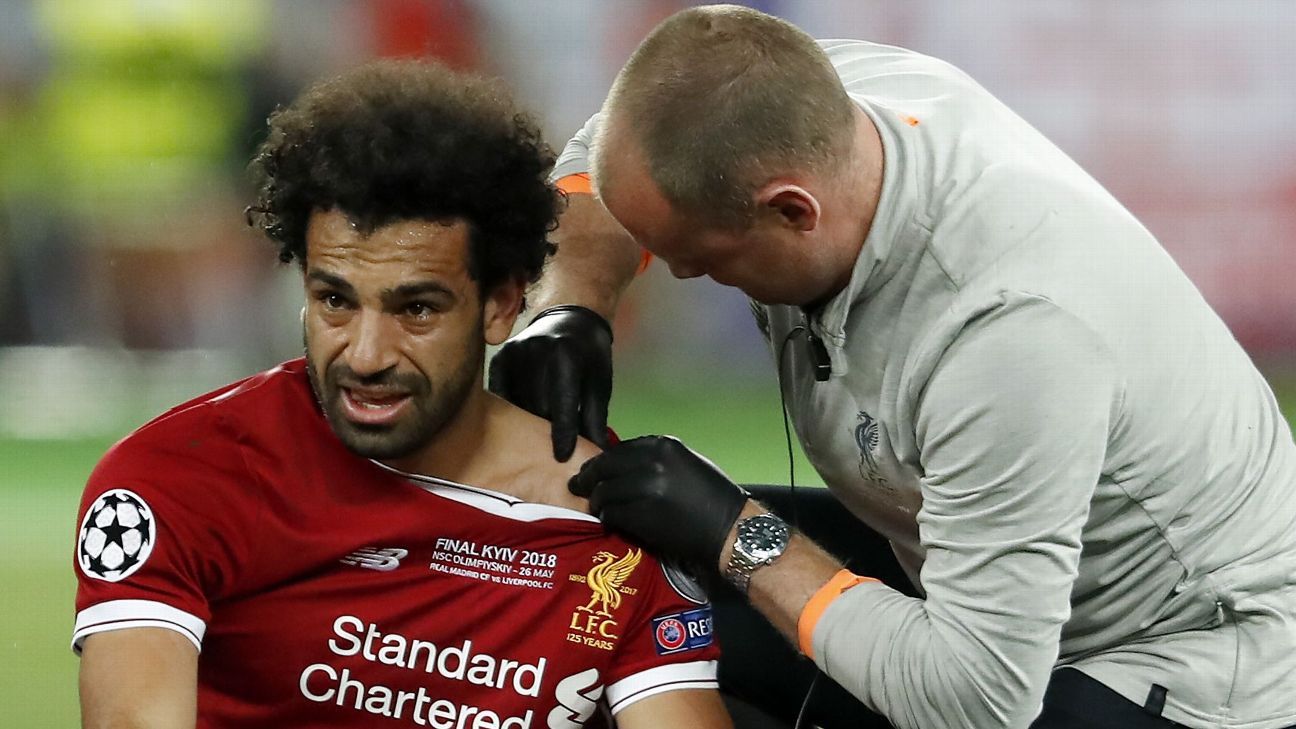 
Mohamed Salah has said he did not tell Sergio Ramos things were “fine” after the Real Madrid defender injured the Liverpool forward during last month’s Champions League final.

Salah was forced off in the first half after locking arms with Ramos and being pulled to the ground. It was later confirmed that he had sprained ligaments in his shoulder, placing his participation at this summer’s World Cup with Egypt in doubt.

Ramos was heavily criticised for his role in the incident, but he said things had “been blown out of all proportion” and that he had exchanged messages with Salah, who had told him everything was OK.

“He sent me a message, but I never told him it was ‘fine,'” Salah, who also labelled Ramos’ comments as “funny,” told Marca on Saturday.

Ramos even suggested that Salah could have played on if he’d had pain-killing injections at halftime.

Laughing, Salah added: “My comment [to that] is that it’s always good when the one who made you cry at first, then makes you laugh. Maybe he could also tell me if I’m going to be ready for the World Cup?”

Salah said he does expect to be fit for Egypt’s World Cup opener against Uruguay on June 15 but he feared the worst when he first went down in the Champions League final.

“When I fell to the ground, I had a mixture of physical pain and a lot of concern,” he said. “There was also anger and sadness at being unable to continue playing in the Champions League final.

“Moments later, I also thought about the possibility of not playing in the World Cup and that was a devastating thought. It was the worst [moment of my career].

“Now I’m better, though. I hope to play the first game against Uruguay, but that will depend on how I feel when it approaches.”

Salah conceded that qualifying for the World Cup for the first time in 28 years is an achievement in itself for Egypt.

However, after scoring 44 goals in his debut season with Liverpool, he says he wants to make history with his country in Russia — he’s not going there with the mentality that reaching finals is enough.

“The pressure was to qualify for the World Cup. Of course, people can now say, ‘OK, we’ve qualified, that’s it.’ But for me it’s not like that, we want to make history; achieve something different.

“In my head, the pressure is to achieve something different from what we have done before. Not just going there, three games and thank you very much. That is not going through my head.”