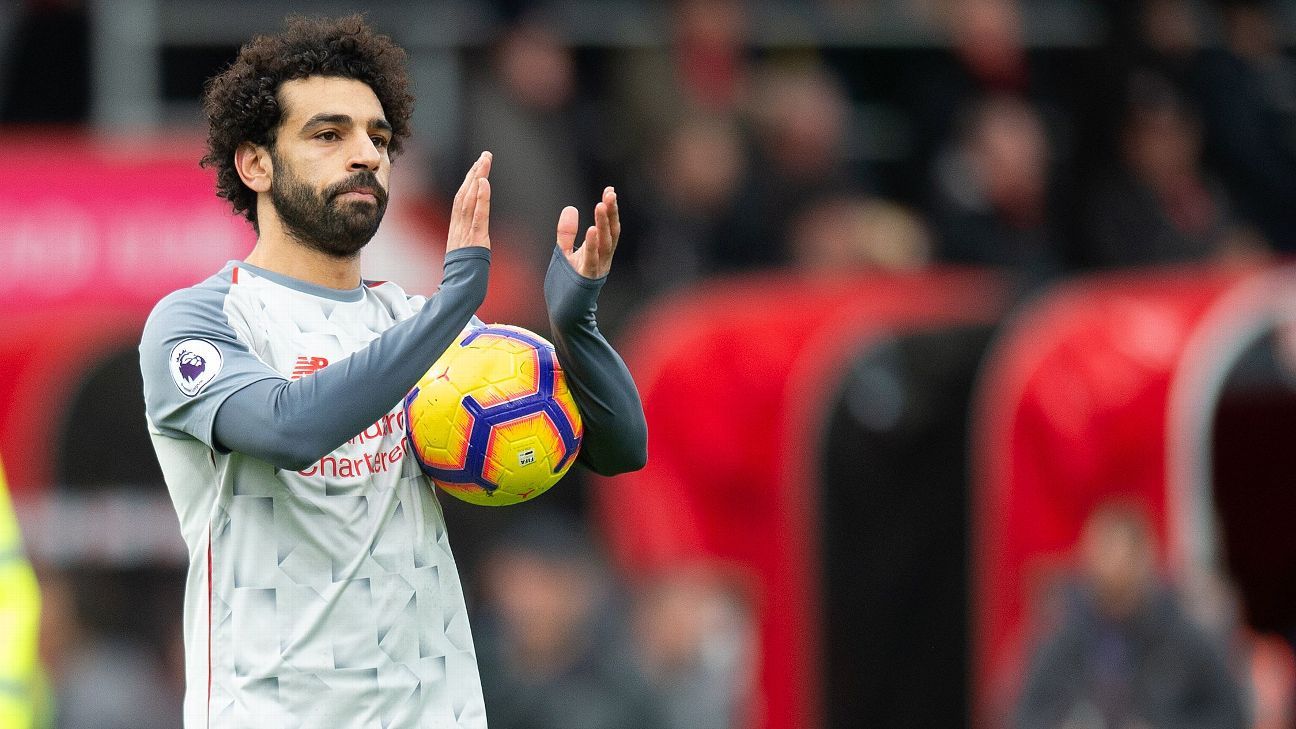 
BOURNEMOUTH, England — Mohamed Salah refused to accept the Man of the Match award after scoring a hat trick in Liverpool’s 4-0 win over Bournemouth, instead handing it to teammate James Milner in recognition of a landmark appearance.

Salah netted three times at the Vitality Stadium on Saturday afternoon to take his goal tally to 12 for the season.

It was his second hat trick for Liverpool since arriving from Roma last summer, but he felt Milner, who made his 500th Premier League outing, was more worthy of the accolade.

“It’s not a bad way at all [to get back amongst the goals],” Salah told Sky Sports. “Top of the table and scored three goals today, clean sheet. That’s everything I can say today.

Bournemouth manager Eddie Howe said afterwards that he considered Salah to be one of the best players in the world.

Jurgen Klopp agreed with the sentiment and praised the forward’s honesty for staying on his feet for the second goal after Bournemouth’s Steve Cook attempted to make a cynical foul.

“I think Eddie Howe is one of the best managers I ever met, to be honest, so how could I say something different?” Klopp told his postmatch news conference.

“Whatever you do in a football game, you need somebody to finish it off, and what Mo did around his two goals in the second half was just exceptional. I don’t know in the moment a lot of players who would have scored these two goals.

“The first one is a foul actually, but he wants to score the goal so stands on his feet and scores it. Not the most impressive finish, but I would say pretty surprising. The third goal as well, how we set it up, that was good.

“Nobody should be surprised about that [staying on his feet]. His desire to score goals is obvious, and it’s very good for us. I heard the first goal was offside, before people make it something.

“It’s just really brilliant what he did, and I like that mindset.”

The win takes Liverpool’s points tally to 42 after their opening 16 league fixtures — the club’s best-ever start to a top-flight campaign.

“I think I said a few years ago that we have to write our own history,” Klopp said. “It’s important, but it’s not the most important thing in the world — that we beat any team’s record from 30 years ago or whatever.

“The thing is that we want to be as successful as possible. Nobody knows what that means, this league is so difficult to play. I said it a few times, 42 points — I usually had that in April, and now it’s December. That’s massive. It’s exceptional, and the boys deserve all the credit for that because they fight for each yard.”