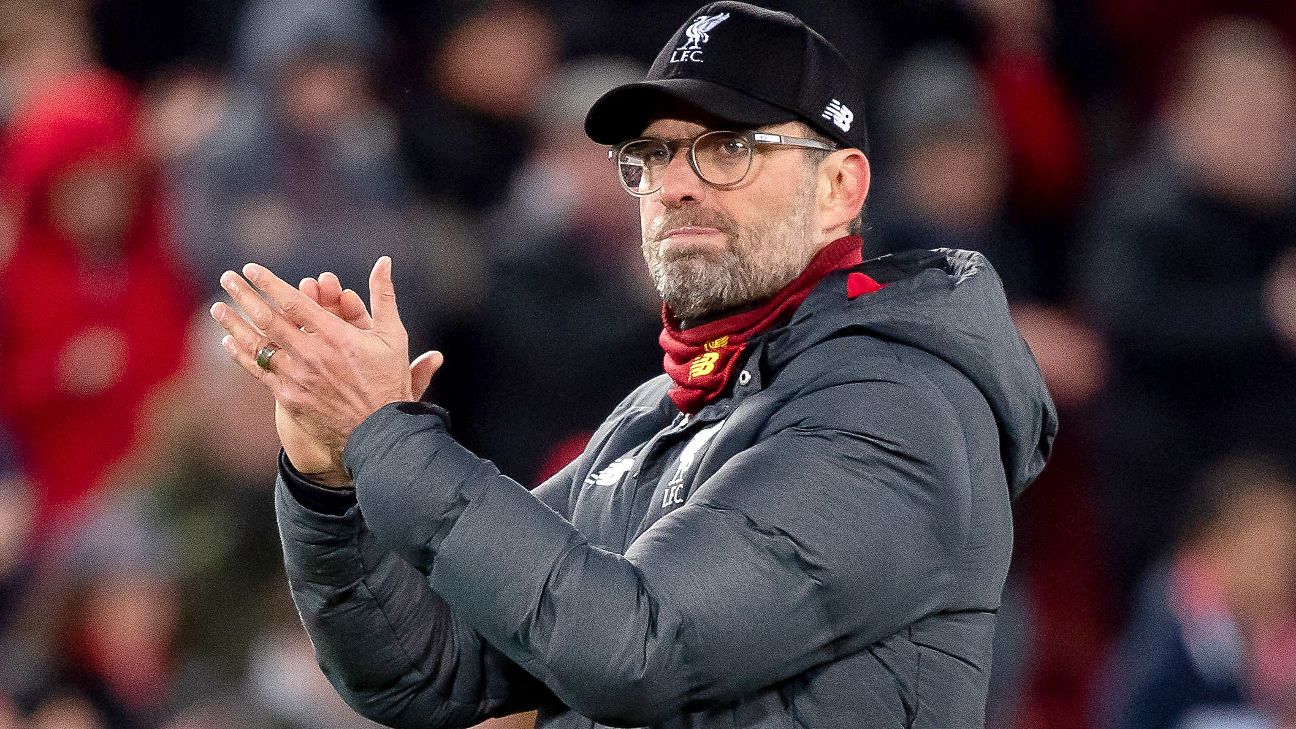 
Liverpool boss Jurgen Klopp has said he is “proud” of his side’s Black Lives Matter tribute in training earlier this week.

Liverpool players knelt down at Anfield on Monday in a tribute to George Floyd and the image was shared on social media with the hashtag #BlackLivesMatter.

Other Premier League clubs, including Chelsea, Newcastle United and Leicester City, also posted images showing their players kneeling along with messages of support.

“For us, the contact with each other and Black Lives Matter is natural,” Klopp told Sky Germany. “If you look at our team, we have players from Africa, from England.

“It’s so natural for us that we didn’t even think about sending a message at first. Because it’s completely normal, nobody realised that we would have to say it again. But then the boys noticed it. Then they spontaneously decided to do it.

“I have been very proud of the boys for a long time, but this was another extraordinary moment. When I saw them there and this photo was taken, I was really proud, because it is also an important message. No question about it.”

Bayern wore T-shirts before their 4-2 win at Bayer Leverkusen that read: “Rot Gegen Rassismus,” which translated means “Red Against Racism,” while Dortmund warmed up for their clash against Hertha with players wearing T-shirts that read “No Justice/No Peace” and “United Together.”

Players and coaches from both Dortmund and Hertha then took a knee before kickoff and had a moment of silence.

Messages of support for the Black Lives Matter movement have also been shared across world football.