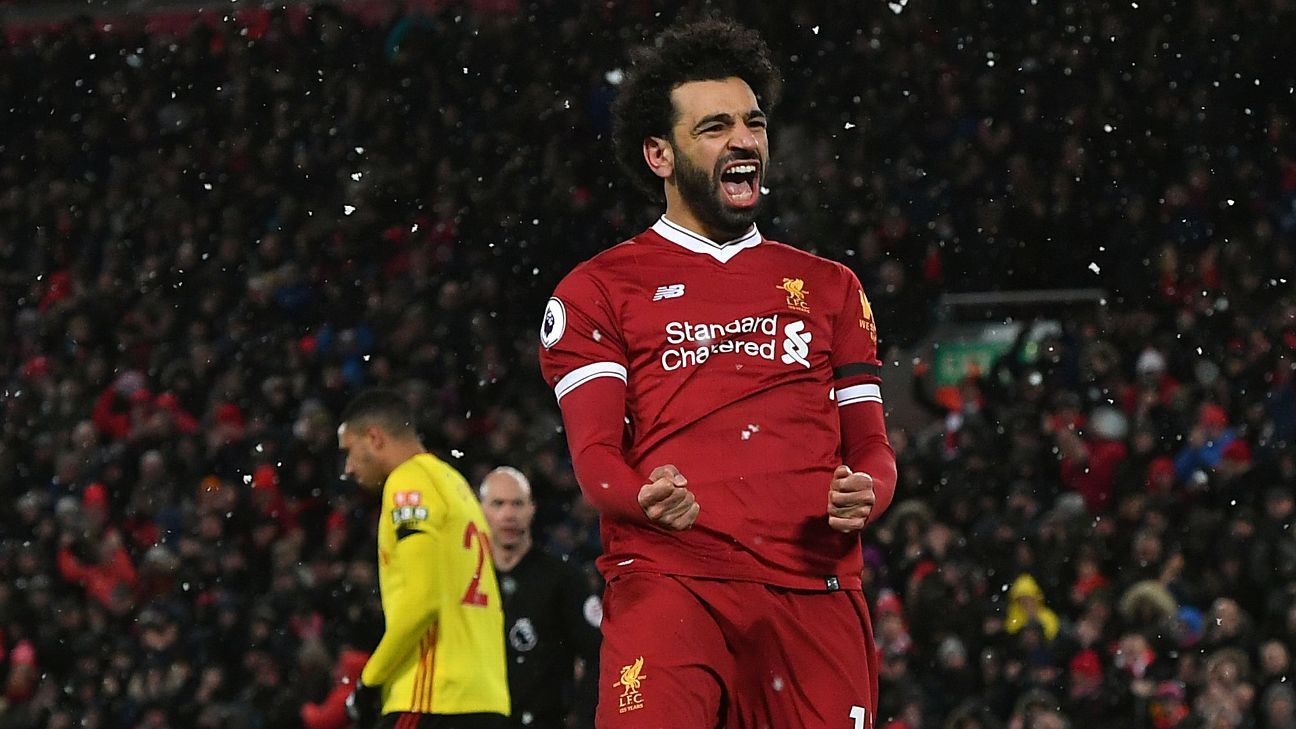 
Jurgen Klopp has backed Mohamed Salah to win the Player of the Year Award in recognition of his goal scoring.

Salah scored his 37th goal of the season in all competitions on Saturday when he netted the winner in Liverpool’s 2-1 victory at Crystal Palace.

Manchester City’s Kevin De Bruyne is likely to be Salah’s biggest competitor for the award, with Klopp fully aware of the midfielder’s role in helping put Pep Guardiola’s side on course for the Premier League title.

“I think Mo would deserve it 100 percent,” Klopp told his club’s website. “As his manager, I’d say: ‘Come on, prove it by playing at this level for the rest of the season.’ That’s how it is.

“Both players have played an outstanding season with obvious highlights, scoring goals and creating chances — which is what everyone wants to see.

“I am happy that I don’t have to make this decision. Yes, Mo would deserve it. But if I said now that Kevin De Bruyne should have no chance, I’d be lying. He’s a fantastic player and City will be champions, so he has a trophy. Maybe we can at least win the other one.”

Salah and De Bruyne will face each other on Wednesday evening in the first leg of a Champions League quarterfinal.

Sadio Mane believes Salah can make an impact at Anfield as Liverpool look to beat City for the second time this season.

“Mo can make the difference in tight games,” Mane said. “He’s a great player and he helps us to win games. He showed his quality. Everybody is happy to have Mo in the team.

“We are going to help him to score even more goals for us. We want to give him more assists.

“City is a very big game but everything is possible. We play at Anfield. We’re going to do our best.”