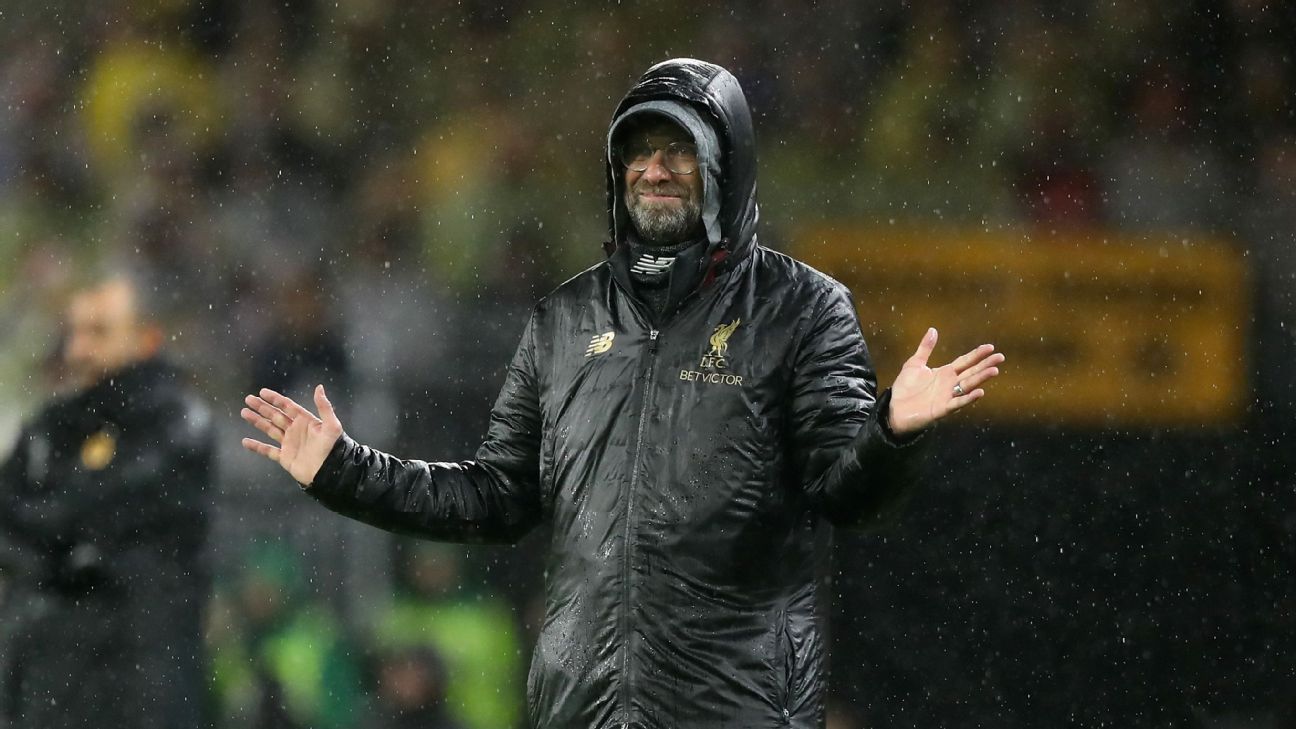 
Liverpool will be open to signing players in the January transfer window should they need reinforcements to aid their Premier League title challenge, manager Jurgen Klopp said on Monday.

Klopp’s side has suffered a number of casualties in recent weeks, with defenders Joel Matip and Joe Gomez ruled out until mid-January with injuries.

While full-back Trent Alexander-Arnold and midfielder Naby Keita could return against Newcastle United on Wednesday, Klopp suggested further fitness problems could force him to rethink his transfer strategy.

“I’m very happy with what I’ve got, but you don’t know. That’s why I always keep the door open, in case something happens and we need to have a look,” Klopp told a news conference.

“If a few more things happen then we need to have a look because there are a monstrous number of games still and it’s really important that we can always react.

“If something will dramatically change then we need to have a look, that’s all. If nothing happens, then I would say we will not do anything.”

Liverpool powered past Wolverhampton Wanderers 2-0 on Friday to extend their lead to four points after rivals Manchester City suffered a shock 3-2 defeat by Crystal Palace.

Klopp has urged his players to maintain their focus when they host Newcastle at Anfield on Boxing Day, with potentially season-defining games against Arsenal and Manchester City on the horizon.

“The most important thing for us is [the reaction] after you win the last game — that is why the Wolves game was such a big challenge [after win against Manchester United],” he added.