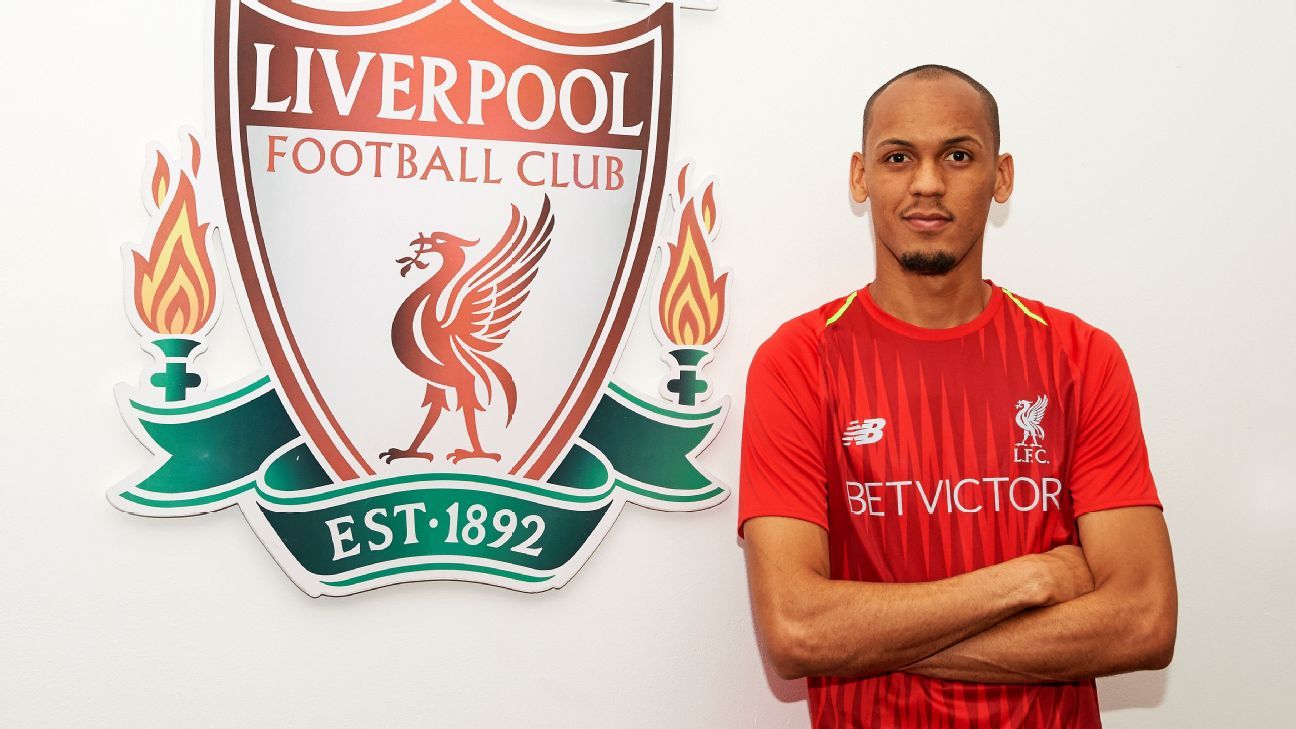 
Fabinho has told FourFourTwo that he was “never close” to joining Manchester United as the Brazilian revealed his keenness to move to Liverpool once their firm interest was known.

Sources told ESPN FC last year that Fabinho was on the radar of both United and their local rivals Manchester City, with the midfielder also close to joining Paris Saint-Germain.

However, the 24-year-old eventually left Monaco in May, heading to Liverpool just days after their Champions League final defeat to Real Madrid in a deal worth up to €50 million.

“I was never close to signing for Manchester United, no,” Fabinho said. “I heard things said about it, but the truth is it was never a strong possibility.

“I won’t deny there were a few conversations about my situation with Monaco, but there was never an official offer from United.”

He continued: “I was sad to leave Monaco, a club that gave me a lot of great moments, but in football sometimes you need new challenges and I thought it was time to move on.

“As soon as Liverpool declared their interest in signing me, it was a simple decision to make.

“A club with Liverpool’s history wants you? Come on, you just pack your bags and go. It will be an honour to wear the famous red shirt.”

Liverpool view the defensive midfielder, who has played at right-back in the past, as Emre Can’s replacement after the German recently joined Juventus on a free transfer.

Meanwhile, Divock Origi is hoping his experience on loan at Wolfsburg last season will aid his effort to stake a claim in Jurgen Klopp’s plans for the upcoming campaign. A source has told ESPN FC that Origi, along with Dominic Solanke, will be given opportunities to impress this preseason before any decision is made on their futures.

“I am happy to be back,” the Belgian striker, 23, told Liverpool’s website. “It feels a bit like I am familiar with everything and I never left, so it was easier for me to integrate back into the group. I’m very happy.

“It was a learning season for me [with Wolfsburg]. As a team, we had a difficult season with a lot of changes, but we fought until the end and managed to stay in the league.

“It was a bit of a change of scenario; I learned a lot mentally and grew a lot. I think I’ve come back more mature.

“On and off the pitch last season, I think grew a lot. I tried to keep fit during the offseason and now I am very excited for the new season.

“I just have to keep my focus on enjoying myself on the pitch and giving everything. The next few weeks will show. The feet do the talking on the pitch, so we will see how it goes. I am positive.”