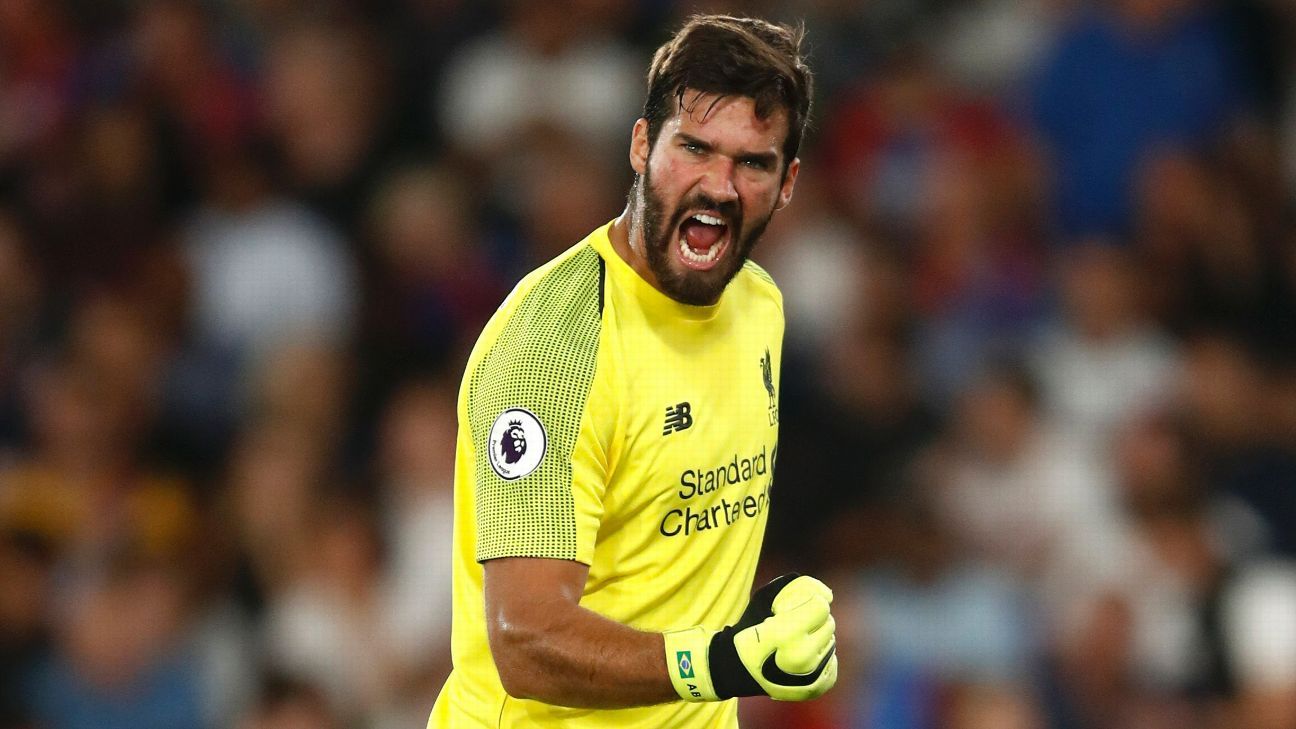 
Liverpool goalkeeper Alisson has said he feels the pressure of heightened expectations as a result of his costly price tag.

Alisson joined Liverpool from Roma in a deal worth £65 million, which at the time made him the world’s most expensive goalkeeper.

Chelsea would sign Kepa Arrizabalaga for £71.5m a few weeks later, although Alisson still considers his fee to be a burden.

“I came here for a high price and some people expect to me to be perfect — it is not easy, but I’m trying,” the 26-year-old told a news conference while on international duty with Brazil.

“I am really, really happy with my move to the Premier League. I’m working really hard to help Liverpool to achieve their goals and also for the Brazil national team.”

Alisson has made a positive start to his Premier League career, conceding just five goals in 12 appearances to help Liverpool keep pace with leaders Manchester City at the top of the table.

“The Premier League has great intensity, you have to be really focused all the time,” Alisson said. “One thing that is important here is the concentration and focus. They are asking me to be really mentally strong.

“My team have a really great defence so it is not often the ball comes near my net, but I have one or two opportunities to show my quality, so I need to be focused all the time.”

Alisson is part of Brazil’s squad for friendlies with Uruguay and Cameroon — both of which are being played in England.

Athletic Bilbao lost one Copa del Rey title already this season. Can they get redemption vs. Barcelona?
Super League is only wanted by a cabal of Europe’s elite club owners. Fans have been forgotten
Real Madrid taking Route One to glory? Why the long ball still matters in elite soccer
Milan’s Mandzukic foregoes March salary after injuries
Borussia Dortmund star Jude Bellingham is still only 17