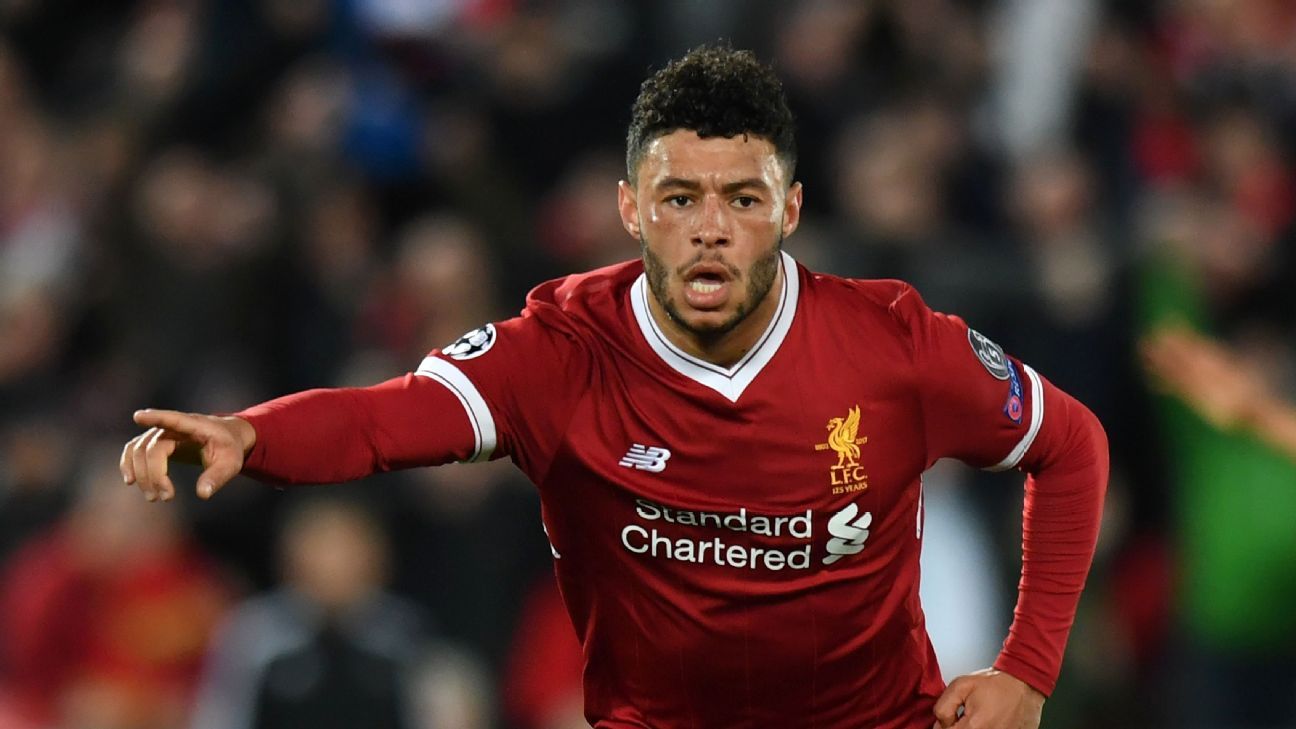 
LIVERPOOL, England — Jurgen Klopp has revealed that Alex Oxlade-Chamberlain is ahead of schedule in his recovery from a serious knee injury and could be back in full training around February time.

Liverpool had thought it was possible Oxlade-Chamberlain would spend the entire 2018-19 season recovering from the injury, but last week saw the midfielder take a milestone in his recovery as he ran outside for the first time in eight months.

“Best news, best news. He started going on the pitch and from the first step he looked completely normal,” Klopp told a news conference on Friday.

“Sometimes when players are coming back from an injury and they start running but is not the picture you have in your mind. But with Ox, from the first step it looked like Ox and it was really nice.

“We had to wait for the reaction and there was no reaction, which is even nicer. So, no pressure on him, but it looks like February maybe he is back in normal training, late February, March, so that gives us hope he will be back this season.

“Usually we are not that excited about something like this — a lot of things can happen after being out for that long a time — but it looks so positive.

“It is nice to have him around with a smile on his face. He is obviously very happy and we are very happy about the improvement.”

Klopp described Oxlade-Chamberlain as “one of the most outstanding performers in European football” at the time of his injury, having moved to Anfield from Arsenal in August 2017.

The progress of the 25-year-old’s rehabilitation makes the possibility of him featuring for Klopp’s side this season greater.

“It is a surprise,” Klopp said. “If anyone from the medical department is listening to what I said they’d have probably had a breakdown, but how it looks is really good.

“Of course, it needs time, each little muscle needs time to adapt to the intensity, but when you look at the little sessions he is doing outside it looks like he could play tomorrow. Of course, it is not possible. There is a long time to go, but it is so nice after that serious injury to have this player around.

“It is a boost for the whole dressing room because he is such an important part of that. Even though he is only around and doesn’t train with us it is important.

“For him to be back in the team will be really cool, but we don’t know. He is ahead of schedule and that is always good news and now we hope we try to do all right and not push him too much, but not hold him back.

“We don’t have to talk too much about his progress the next couple of weeks or probably two months. But then if he makes further steps like he did in the last few weeks he can play Premier League football this season, which is nice to know.”

Liverpool will be without James Milner for the visit of Unai Emery’s fifth-place side. The midfielder is sidelined with the same hamstring injury that ruled him out of the Boxing Day clash against Newcastle United.

“Milly is Milly, that means he is again ahead of schedule,” Klopp said. “He had a little bit with the hamstring muscle, but he will not be available for tomorrow. Hopefully the game after that he will be available again.”

The 4-0 win over Newcastle and Manchester City’s defeat at Leicester City sees Liverpool currently six points clear at the top of the table at the halfway stage of the league campaign.

“We don’t think about the distance before, it is too early,” Klopp said. “If we are six clear and there is one game to go, it’s a big moment. But nothing happened so far.

“To explain our situation, if we spoke about targets before the season, it’s clear that a team like Liverpool, size of club, quality of team, we should go for Champions League qualification. That was our target, 100 percent.

“We did it twice in a row, and we want to improve as a team, be more consistent, more stable, stuff like that. We are still on that way, nothing else. The only difference to last year is our situation is better.

“We are not even qualified for the Champions League yet, so that means we need to play football and try to get results. Then we will see what happens. Nothing changed.”