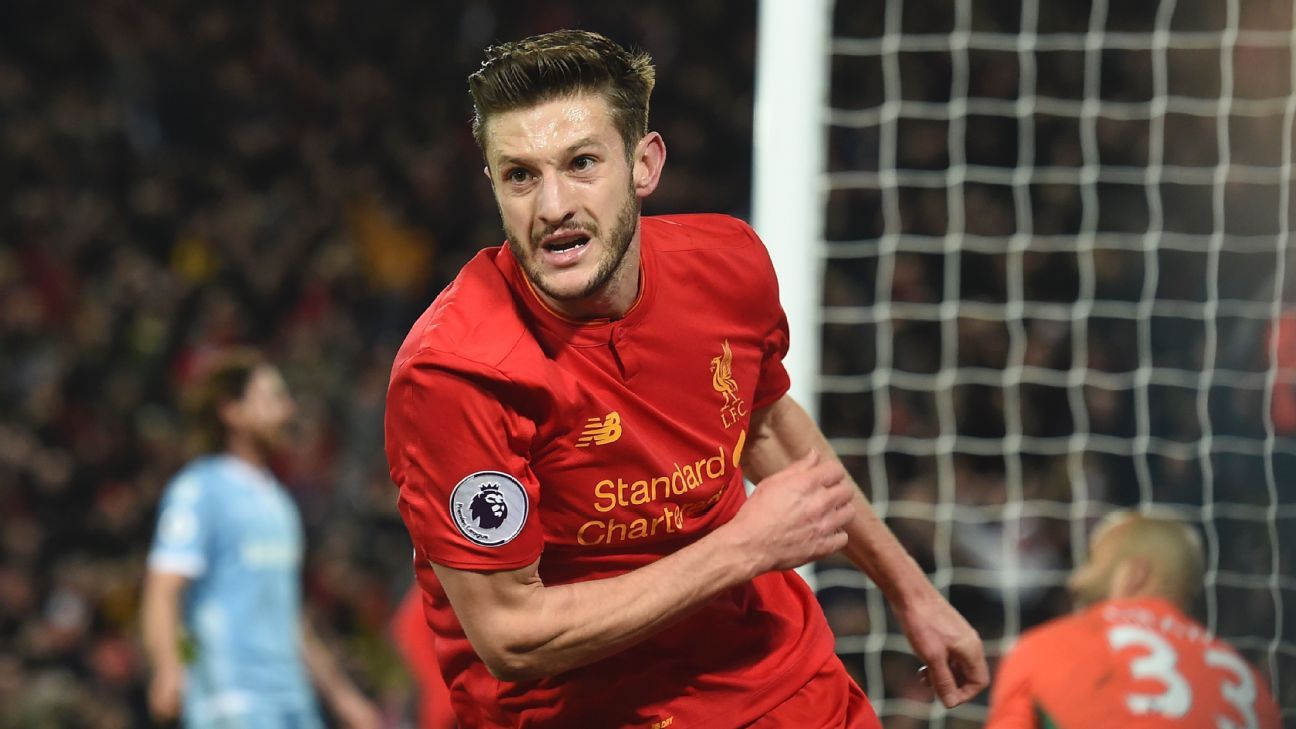 
Liverpool manager Jurgen Klopp says he is hopeful that Adam Lallana remains on course for a return to action in November.

Lallana took the next step in his rehabilitation from a thigh injury by reporting back to Melwood on Monday after spending time in Qatar as part of his recovery process.

The England international, who was on crutches at one stage, has missed all of the season so far, but is in line to make a comeback next month.

Speaking to Liverpool’s official website, Klopp said: “It’s absolutely good news. I cannot say now, but maybe after the next international break he could be back.

“It would be fantastic for us, of course. Everybody knows what kind of a quality player he is, so it would be fantastic. We don’t have to think about this. I cannot now mention it if I need it and then when I don’t need it then I say it’s not important. It is like it is.

“Of course, it’s better if Adam could have scored in one game or another, but there is nothing we can do about this. It’s just good that he’s back in a few weeks.”

Meanwhile, Andrew Robertson has explained why his “specialist position” means he has only made three appearances for Liverpool following his summer move from Hull City.

The left-back is behind Alberto Moreno in the pecking order and has found himself out of Klopp’s matchday squad for six out of eight Premier League matches.

“For me and Moreno, if we start, great; if we don’t, realistically we will be in the stand or not travelling,” he told BBC Scotland. “We have attacking people on the bench who can come on and change the game, which we usually need.

“James Milner had played left-back all last season and a lot people on the outside probably thought Moreno was finished at Liverpool, but he has worked really hard in training to get everything right. He has played well since he has been in there.

“It has been frustrating for me because my signing has probably lifted him but I believe that it has given Liverpool two good left-backs.”