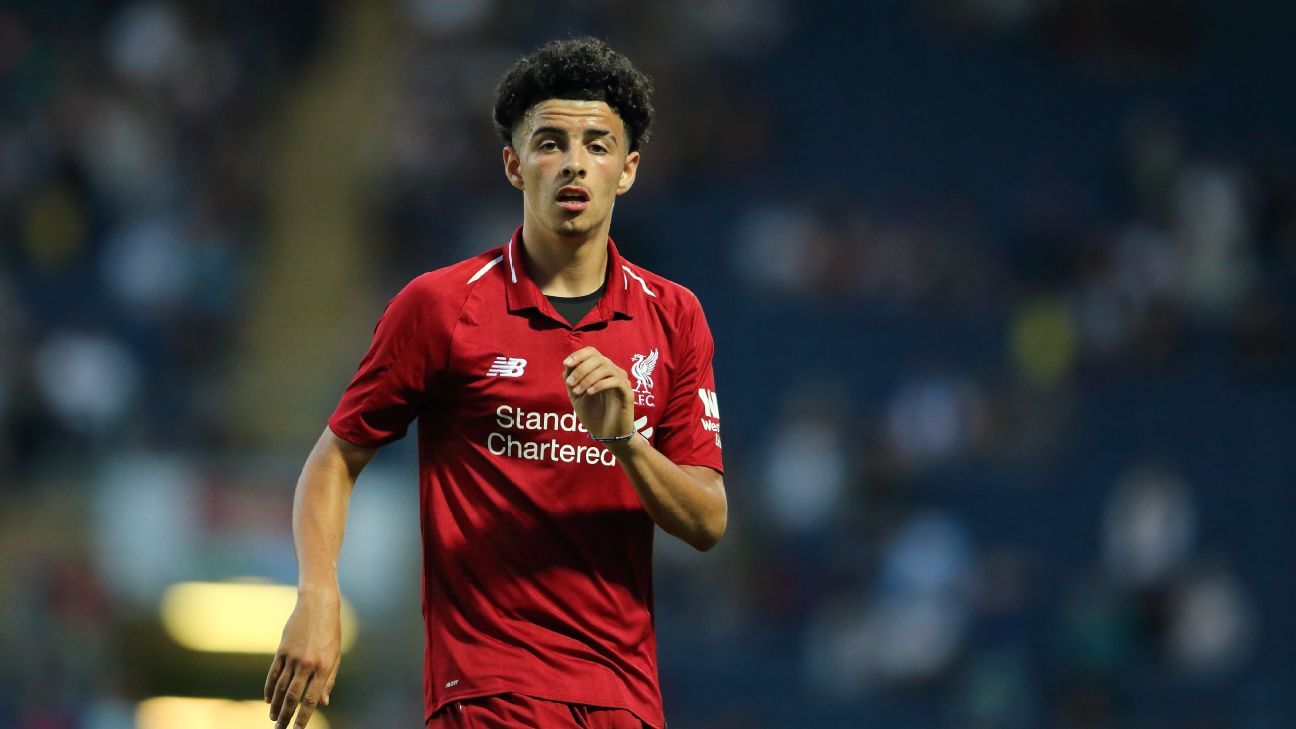 
NEW YORK — As a number of Liverpool’s stars continue their holidays or slowly build up fitness after the World Cup, some of the club’s youngsters are being given the chance to leave a lasting impression.

Liverpool have brought a 29-man squad to the U.S. and plucked a number of products from the Kirkby academy to see how they fare against elite opposition.

Here are five rookies to keep an eye out for when the Reds take on Manchester City in the International Champions Cup on Wednesday.

Steven Gerrard, Liverpool’s Under-18s manager last season, loved coaching Jones and Jurgen Klopp will be thinking the same already. Jones is showing he can be a viable option for Liverpool’s senior side this season, and his case may be strengthened further if Liverpool don’t recruit another midfielder before the transfer deadline on Aug. 9.

For young players, preseason is all about making an impact in the rare outings they’re handed. Liverpool-born Jones has grasped them with both hands and then some.

The 17-year-old does not look out of place at this level. Rather, he’s thriving on it. The dynamic midfielder, who has mainly been operating in the No. 8 role, performs the simple tasks well but has the technical ability to actually make an impact in these games.

“I think I bring a lot when I’m on the ball and dribbling in the final third,” the confident teenager said recently. That is certainly the case so far.

Camacho will come up against his former side on Wednesday. The Portuguese youth international joined Liverpool from Man City in 2016 and is now making the most of his exposure to the first team, which began partway through last season.

Normally a wide forward, Camacho has been used as a right-back at times so far this summer, with Liverpool’s management keen to asses his defensive abilities. He scored his first senior goal in the friendly vs. Tranmere Rovers last month and you do wonder whether he could be a potential wildcard for Liverpool going forward. His pace and directness are definitely at home in Liverpool’s style of play.

Loris Karius is the only senior goalkeeper on this tour although young shot-stoppers Grabara and Caoimhin Kelleher are part of the touring squad. The pair may be given minutes stateside because of Karius’ continued struggles and intense scrutiny.

Grabara, 19, is seen to be the club’s best emerging goalkeeper, rated extremely highly both at Melwood and Kirkby. His arrival from Ruch Chorzow in 2016 was seen to be a coup among staff at Melwood. A scout had alerted John Achterberg, Liverpool’s long-time goalkeeping coach, to Grabara’s development in Poland. Achterberg was so impressed by what he saw that he proceeded to watch five of his games within the space of two days before urging Klopp to make a move.

Grabara is yet to make a competitive appearance for the Reds but an appearance off the bench against Man City at MetLife Stadium on Wednesday (8 p.m. ET, ESPN2/Deportes) could be on the cards.

In another universe, Phillips would be playing his football permanently in the U.S but the centre-half turned down a scholarship at University of North Carolina at Charlotte to sign for Liverpool ahead of the 2016-17 season.

With Dejan Lovren not due to report for preseason until August, Phillips (formerly of Bolton Wanderers) has been given plenty of first-team action already this summer. The opportunities may continue due the uncertainty surrounding the injury Joel Matip suffered against Borussia Dortmund on the weekend.

The 21-year-old commanding presence in the air and tries to play out from the back as much as possible.

It’s easy to forget that Woodburn is still only 18. Liverpool’s youngest-ever goalscorer only made two appearances last season but has returned from the summer break bigger physically and determined to impose himself on games more.

Potential suitors will also be keenly observing these preseason games. Woodburn has said he is happy to let Klopp decide about a loan move this season, with Championship side Sheffield United registering an interest.