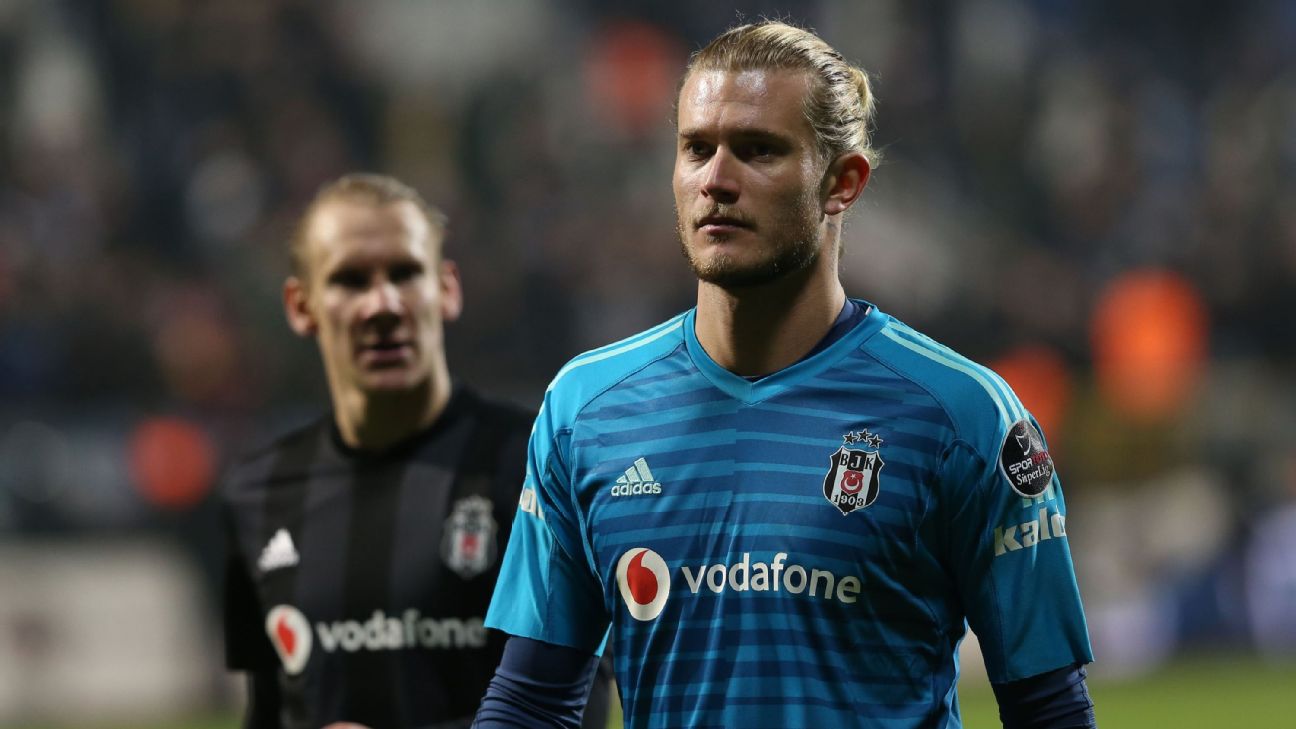 
Liverpool remain committed to Loris Karius‘ two-season loan deal with Besiktas, sources have told ESPN FC, but remain in constant contact with the goalkeeper amid claims by the Turkish club’s coach Senol Gunes that “something is wrong” with the 25-year-old.

The former Mainz goalkeeper was loaned out by Liverpool manager Jurgen Klopp at the start of the season following the £65 million signing of Brazil No. 1 Alisson from Roma.

Sources have told ESPN FC that Liverpool are aware of the comments made by Gunes but the club are confident Karius is settled at Besiktas and happy that he is playing every week as first choice.

And while Liverpool will maintain their ongoing communication with Karius, now and at the end of the season, there are no plans at Anfield to cut short his loan to Besiktas.

Having been at fault for a first-half goal during Besiktas’s 3-2 win over Konyaspor on Sunday, Karius was jeered and heckled by his own supporters for the remainder of the game.

“He was at fault for the goals he conceded,” Gunes said. “Karius has gone a bit stagnant. Something is wrong with his electricity, motivation, enthusiasm for the game.

“Something is wrong; he has also been unlucky. [He] is talented but it hasn’t worked out and we have a problem.”

Karius has made 26 appearances for Besiktas since leaving Anfield at the start of this season, but has endured a difficult spell in Turkish football, registering only five clean sheets in 21 league games.

Having been criticised for two costly errors during the Champions League final defeat against Real Madrid in Kiev last May, Karius was subsequently diagnosed as having suffered a concussion before committing mistakes that led to two of Madrid’s three goals.

Liverpool chose to loan the German to Besiktas in order to help him rebuild his career away from the Premier League spotlight.

Copa America is as uncertain as ever as pandemic continues in South America
I don’t know what will happen in summer
Leipzig’s Nagelsmann rejects Bayern Munich contract talks rumours
Bundesliga fixture chaos looms as Hertha ask for cancellations amid COVID-19 outbreak
Manchester United’s Heath returns to U.S. after season-ending injury