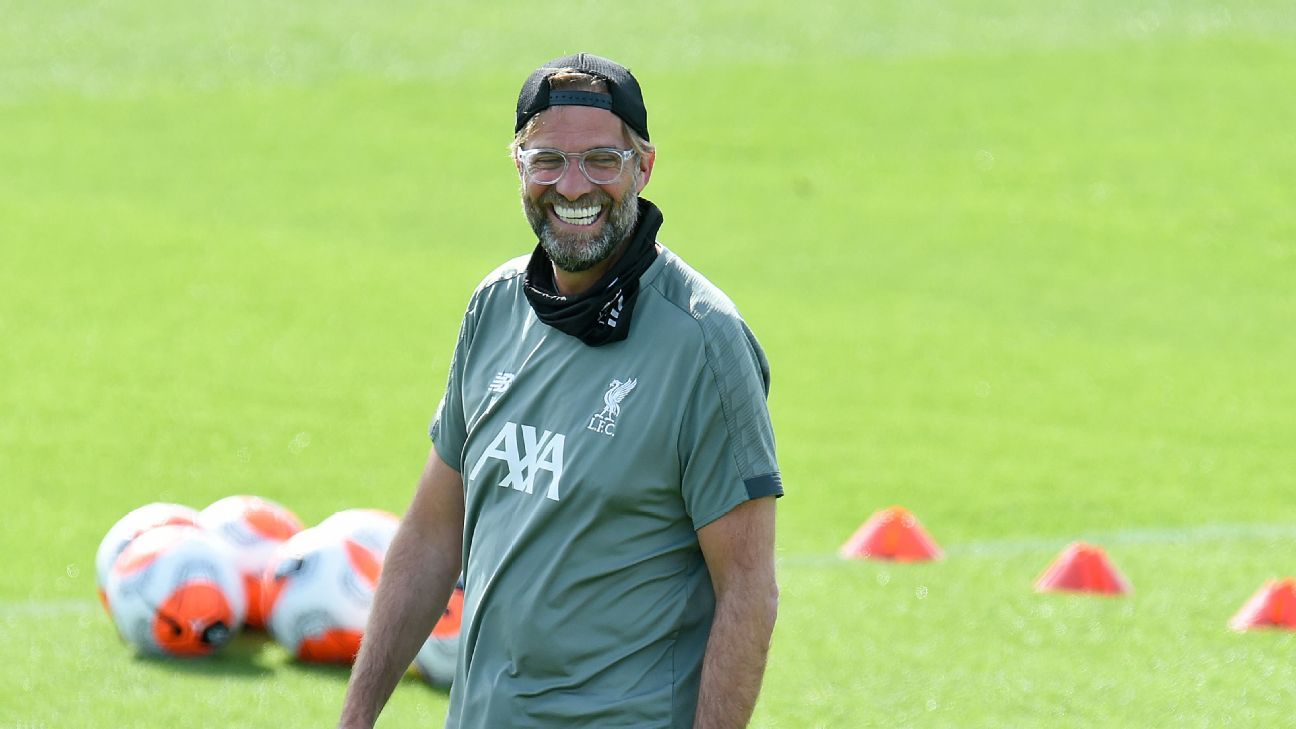 
Jurgen Klopp wants to use the All Blacks to inspire Liverpool to a sustained period of success.

The All Blacks are rugby union’s most dominant team. With an unrivalled win record, New Zealand became the first team to win the Rugby World Cup back-to-back and have been used as the benchmark for sustainable success in pro sport

Klopp watched a documentary about them early in his managerial career and, after leading Liverpool to the Champions League and Premier League title in successive seasons, he said there is more to come.

Ogden: The story of Liverpool’s title win
What did you miss? The latest from Europe’s top leagues

“We feel in the middle of something, not the end of something,” Klopp said ahead of the Premier League clash with deposed champions Manchester City in which Liverpool will be given a guard of honour. “We have to give everything until we finish our careers. As long as you wear this shirt, less than 100% is not allowed.

“That is not my phrase, it came from the All Blacks. I saw that in a nice documentary about the All Blacks and I kept that always for myself. That is for each LFC player the same and for me the same.

“We prepare for Man City with full focus. We will be prepared for the next season as well. I don’t know another way. I’ve learned when you think you’ve reached the pinnacle you are already on the way down and we don’t feel that. I don’t feel finally satisfied.

“It’s a big step but not the only thing I want to talk about with the boys in 20 years.”

Elaborating on watching the documentary, Klopp added: “It was in 2001. It was my first preseason at Mainz and I saw this documentary in the summer break.

“I was completely impressed by these big fellas and how they spoke about each other. At that time, the All Blacks were by far the best in the world. I think they had a winning percentage of something over 70% and it was really impressive.

“They were all amateurs, maybe they got a little bit of money, I don’t know. They worked as butchers, builders, all that stuff. These pretty impressive guys spoke about their past and what it meant to them to play for this team.

“At Mainz, the last two minutes before the team bus arrived at the stadium we always listened to the haka. When the door opened I don’t know if people thought a bunch of boys would come out of the bus because it was pretty loud and impressive and it gave us a little kick. They were the All Blacks, Mainz’s main colour is red so we made ourselves the All Reds.

“Nobody noticed that because we were a small team but, for us, it was big. That is how it started for that team. The players really liked it. It gave us the chance from a team nobody is interested in to become a team at least we are really interested in. That helped us.”

Liverpool, who won the title with a record seven games to spare, can still beat the record Premier League points tally of 100, held by City, by seven points.