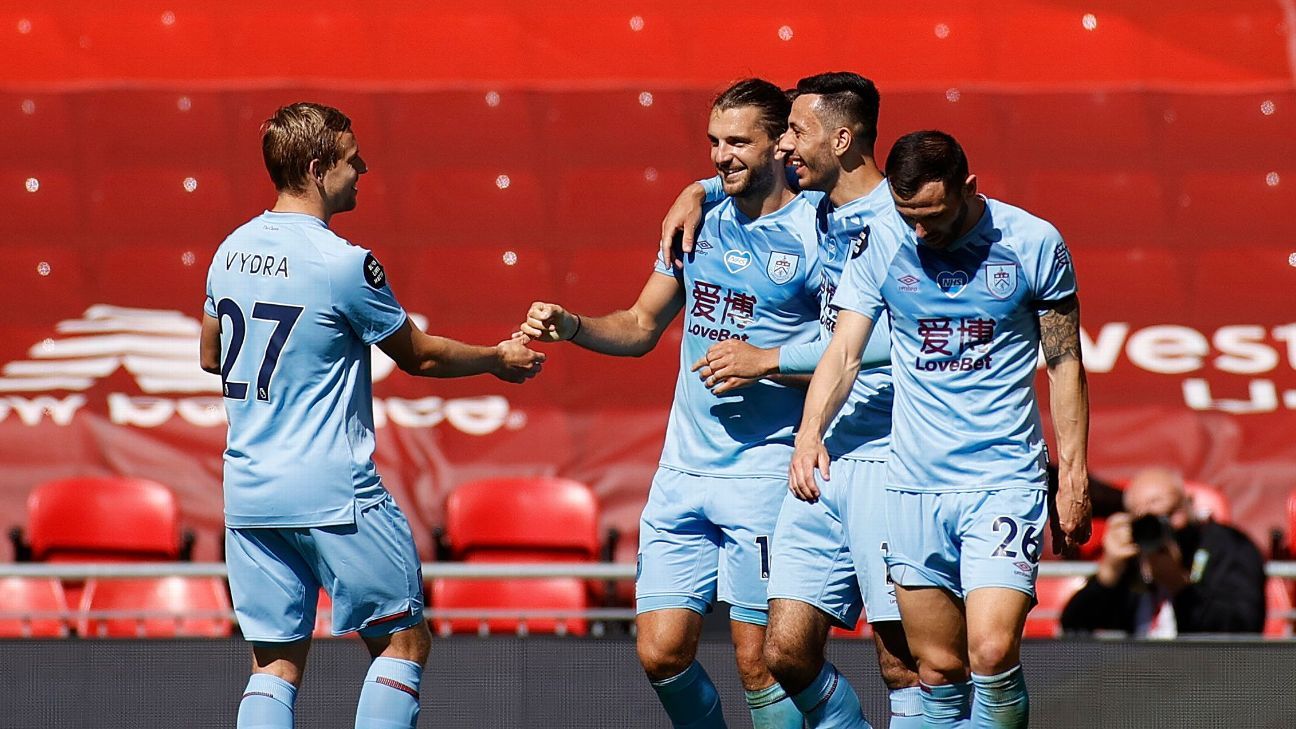 
Liverpool slipped to a 1-1 draw against Burnley at Anfield on Saturday, a result which ended their 100% home record for the season.

Andy Robertson scored the opening goal in the first half before Jay Rodriguez equalised after the break.

Jurgen Klopp’s side will overhaul Manchester City‘s record of 100 Premier League points if they win their remaining three league matches.

Liverpool came into this match having won all 16 of their previous home matches, but saw their chance to become the first team in Premier League history with a perfect home record come to an end.

The hosts dominated the game in the early stages and Robertson headed Liverpool ahead after 34 minutes.

Pope’s saves kept Burnley in the game while Roberto Firmino hit the post just after the break.

Burnley made it 1-1 when Rodriguez reacted quickly to James Tarkowski‘s header to fire home from inside the box.

Johann Gudmundsson almost earned the visitors all three points at the end but hit the bar from close range.

Liverpool had one more opportunity in stoppage time but Salah’s weak effort was easy for Pope.

“We should have scored two, three or four goals at least,” Liverpool boss Jurgen Klopp said.

“The referee let a lots of challenges go so it was clear that if the ball comes into the box it was dangerous. They did what they are good at and I respect that.

“For moments it was Liverpool against Pope, he did really well, but we should have scored. We didn’t close the game and they took their moment. It feels like we lost a game.”

Burnley boss Sean Dyche hailed the way his side approached the second half.

“Second half I reminded them that the pressure was off, just go and play,” he said. “Get it forward and ask them more questions. You’ve got to find a moment, and we’ve been great at that.”

“We hit the bar late on but I think three points would have been over-egging it, we defended well and our keeper played well.”