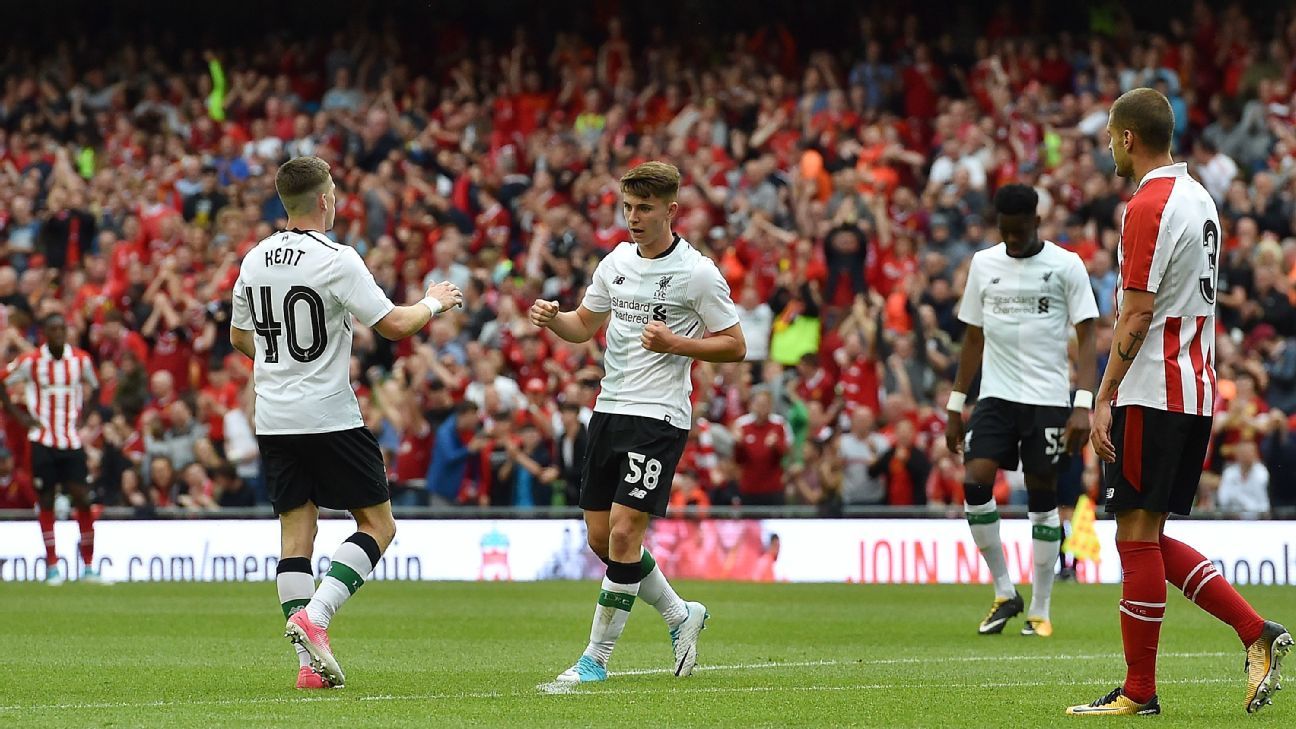 DUBLIN — Liverpool concluded their preseason schedule with a convincing 3-1 victory over Athletic Bilbao on Saturday evening.

Second-half goals from Ben Woodburn and Dominic Solanke proved to be the difference at the Aviva Stadium after Inaki Williams cancelled out Roberto Firmino’s opener from the penalty spot in the first half.

It was the last of Liverpool’s warm-up fixtures before they head to Watford next weekend in their Premier League opener, before then travelling to Hoffenheim for the first leg of their Champions League playoff.

Philippe Coutinho missed Saturday’s game with what Liverpool say was a “sore back,” as did Jordan Henderson through illness, while Daniel Sturridge continued to be sidelined with a thigh problem.

Klopp was also without his trusted assistants, Zeljko Buvac and Peter Krawietz, who were in Germany to scout Hoffenhiem ahead of the first leg on Aug. 15.

However, despite the notable absences, Liverpool looked sharp in the final third from the get-go and were ahead after 21 minutes.

Firmino, playing as a right-sided forward, was bundled over in the penalty area by Inigo Lekue and duly dusted himself off to convert the resulting spot-kick.

But the Liga side levelled only nine minutes later through Williams after the rebound off Dejan Lovren’s slide tackle put the 23-year-old forward in front of goal.

Klopp changed all of his outfield players at the half-time break and two of the youngsters introduced went on to play a starring role.

Just prior to the hour mark, Dominic Solanke was set free on the left channel and put in a cross that found Woodburn’s late run.

The 17-year-old cut inside on his weaker left foot, beating two Athletic players before unleashing a powerful effort that made its way into the bottom right-hand corner.

It was 3-1 in the 80th minute when Ragnar Klavan’s cross into the box was met by a towering header from Solanke, who finished his impressive preseason by scoring his third goal of the summer.

Liverpool’s summer has seen them travel to Hong Kong, Germany and Ireland, losing only one of eight friendlies throughout July and August.