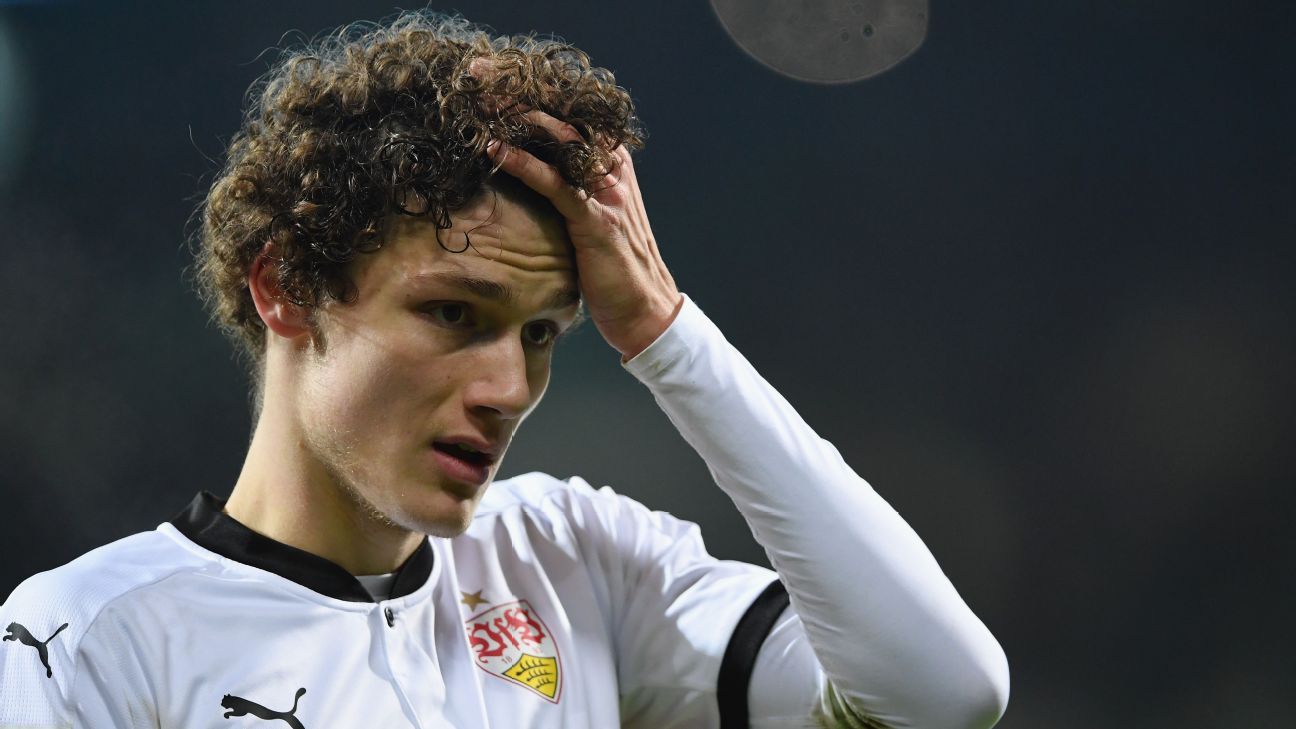 
Stuttgart have closed the door on a transfer of defender Benjamin Pavard, who has been linked to a move to Liverpool and Tottenham Hotspur in recent months.

Pavard, 21, has started and finished Stuttgart’s last 41 competitive matches and won his first cap for France in November.

“From being an exceptional talent, Benjamin Pavard is definitely on the way to becoming an international top player,” Stuttgart sporting executive Michael Reschke told Bild.

Pavard has attracted the interest of several top clubs, and Bild reported earlier this month that Tottenham had sent scouts to see the defender in action. Borussia Dortmund, Liverpool and RB Leipzig have also been linked to a move.

But Reschke believes that Pavard will need time to develop before making the leap to a real top club.

“We are the ideal club for him right now and he feels that,” Reschke said. “If, in the future, a club from Europe’s top 10 shows real interest, we’ll sit down. Benjamin and his agent are aware of it.

“But if this summer a club believes they can sign him for €30 million, this club is profoundly wrong. We wouldn’t even open the door for such a talk.”

Pavard last failed to complete the full 90 minutes when coming off the bench in a 1-1 draw with Eintracht Braunschweig on March 6, 2017.