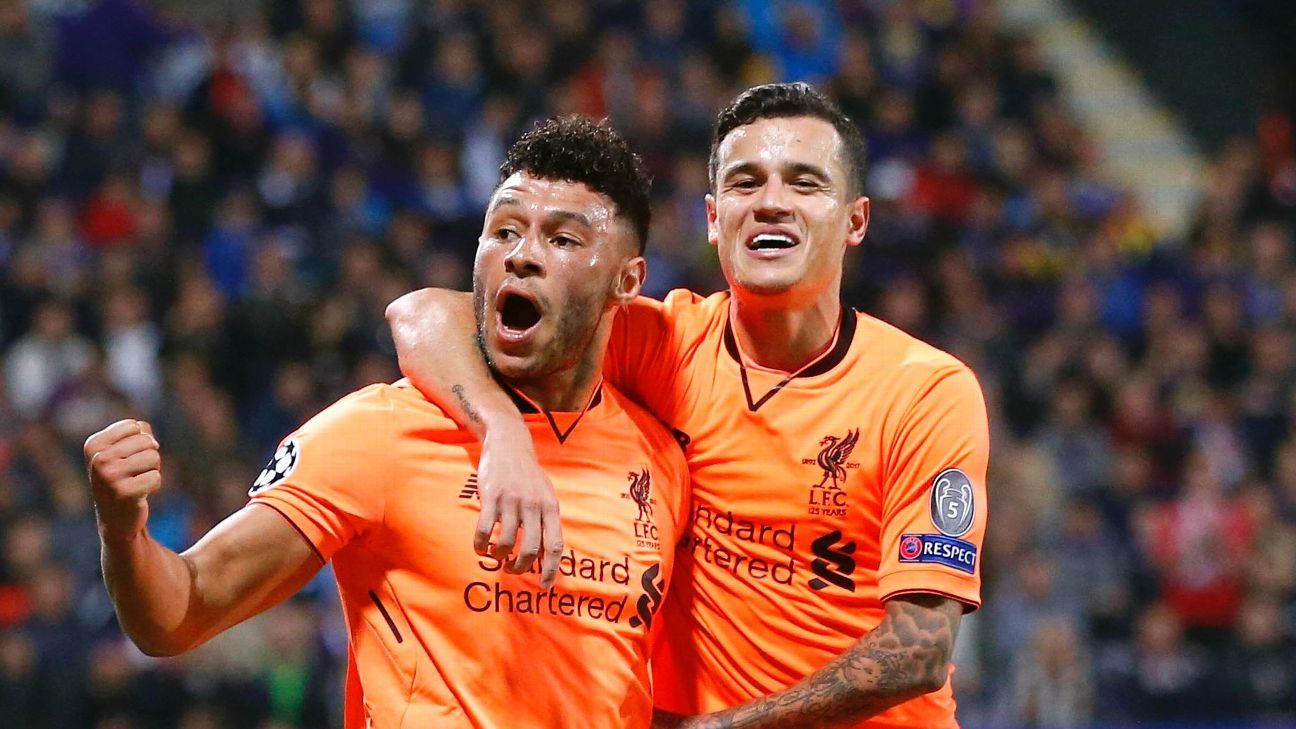 Wembley stages a meeting of clubs celebrating memorable nights in this week’s Champions League. Liverpool’s 7-0 win at Maribor was the largest ever away win for an English team in over six decades of involvement in European competition, while Tottenham were good value for their 1-1 draw with Real Madrid at the Santiago Bernabeu.

Harry Kane added Cristiano Ronaldo’s shirt to his collection, and the Tottenham striker’s performance in Madrid filled the Spanish gossip pages over whether he might one day play alongside the great man. Real Madrid manager Zinedine Zidane called Kane a “complete player” in the buildup.

Liverpool manager Jurgen Klopp’s previous gloom was likely lifted by the barnstorming outing in Slovenia. His team had won just one of their previous eight matches. Striker Roberto Firmino grabbed two goals, his first strikes in a month, on a night that should swell confidence. Liverpool’s players looked glad to have been set free from the torpor that enveloped last week’s boring 0-0 draw with Manchester United.

Back on home soil, Liverpool have some catching up to do, with Tottenham four points ahead in third place as Liverpool languish in eighth, with both Burnley (seventh) and Watford (fourth) ahead in the table.

To start climbing upward, Liverpool will need to register victory at a place where happy memories are scarce. They have not won a competitive game at Wembley since 2012’s League Cup final. Klopp suffered the biggest heartbreak of his career at England’s national stadium when Borussia Dortmund were edged out of the 2013 Champions League final in Bayern Munich’s late 2-1 victory. Two seasons ago, in Klopp’s first visit in charge of Liverpool, the League Cup was lost on penalties to Manchester City.

A tough place to visit for Liverpool, though the same might have been said of Tottenham until Saturday, when a 1-0 victory over Bournemouth finally broke, for now, a Premier League hoodoo at Spurs’ temporary home. Though both clubs might have misgivings, Wembley is the hottest ticket in town, with Tottenham officials having to take steps to prevent travelling Reds fans taking up seats in the home end.

Champions Chelsea are troubled. Manager Antonio Conte’s long-term future is far from certain, and similar noises of dissatisfaction were made before the departures of fellow title-winning predecessors such as Jose Mourinho and Carlo Ancelotti. The latter’s presence at Stamford Bridge during Wednesday’s 3-3 draw with Roma raised eyebrows, especially after Ancelotti tweeted a picture from a vantage point looking suspiciously like that of owner Roman Abramovich’s luxury executive box.

With that coming after the embarrassment of losing 2-1 to Crystal Palace, the rumour mill intensified. Ancelotti, a lover of London life, may just have been taking in a game after recently departing Bayern Munich. That said, with Conte repeatedly mentioning an ambition to return to Italy, the time to consider the next manager undoubtedly draws closer.

Saturday, then, appears an opportune time for Marco Silva to bring high-flying Watford to the Bridge. Only Manchester City have beaten Silva’s team so far this season, and on the evidence of the last week’s results, Chelsea are vulnerable, badly lacking N’Golo Kante to shield their leaky defence. If Abramovich is seeking new blood, Silva has his chance to shine.

Chaotic, rudderless, incoherent: Arsene Wenger might recognise the jibes being aimed toward his opposite number on Sunday: Everton manager Ronald Koeman.

Goodison Park can be a harrowing place for a struggling manager, and Everton’s troubles got deeper on Thursday when Lyon came to Merseyside and won 2-1 in the Europa League. There is little in the way of good news coming out of the Everton club at the moment; Thursday was a night marred by crowd violence, as one fan aimed a slap at Lyon players during a touchline melee.

Wenger’s Arsenal were struggling in the same competition until Olivier Giroud scored a superb winner at Red Star Belgrade, but they escaped with a dignity in desperately short supply for the club they visit Sunday. Another humiliating defeat might well hasten the end for Koeman.

Appleton in temporary control of Leicester

Manager-less Leicester languish in 18th place, but at least caretaker boss Michael Appleton is no stranger to crisis management. A glance at his CV — Portsmouth, Blackpool, Blackburn, Oxford — is a roll call of distressed football clubs. Craig Shakespeare was sacked Tuesday after himself being caretaker following Claudio Ranieri’s March dismissal, which suggests Appleton might be given a window to impress.

It is, though, far more likely that Saturday’s trip to Swansea will be Appleton’s sole game in charge, with the likes of Alan Pardew, Sean Dyche, Roberto Mancini and Chris Coleman linked with the vacancy. Appleton has managed previously in the Premier League, but for one match only, a 3-3 draw with West Ham when caretaker at West Brom in 2011.

Roy Hodgson was wreathed in smiles after Crystal Palace’s aforementioned glorious 2-1 victory over Chelsea. With Wilfried Zaha back from injury, Palace have a player to electrify a season that had embraced record-breaking ruin.

“I think it’s very important that we don’t start thinking that there are epiphany moments,” said Hodgson on Thursday.

Beating Chelsea is more than welcome news, but failure to pick up points from Newcastle and West Ham, their opponents in the upcoming week, would soon send Palace back into difficulty.