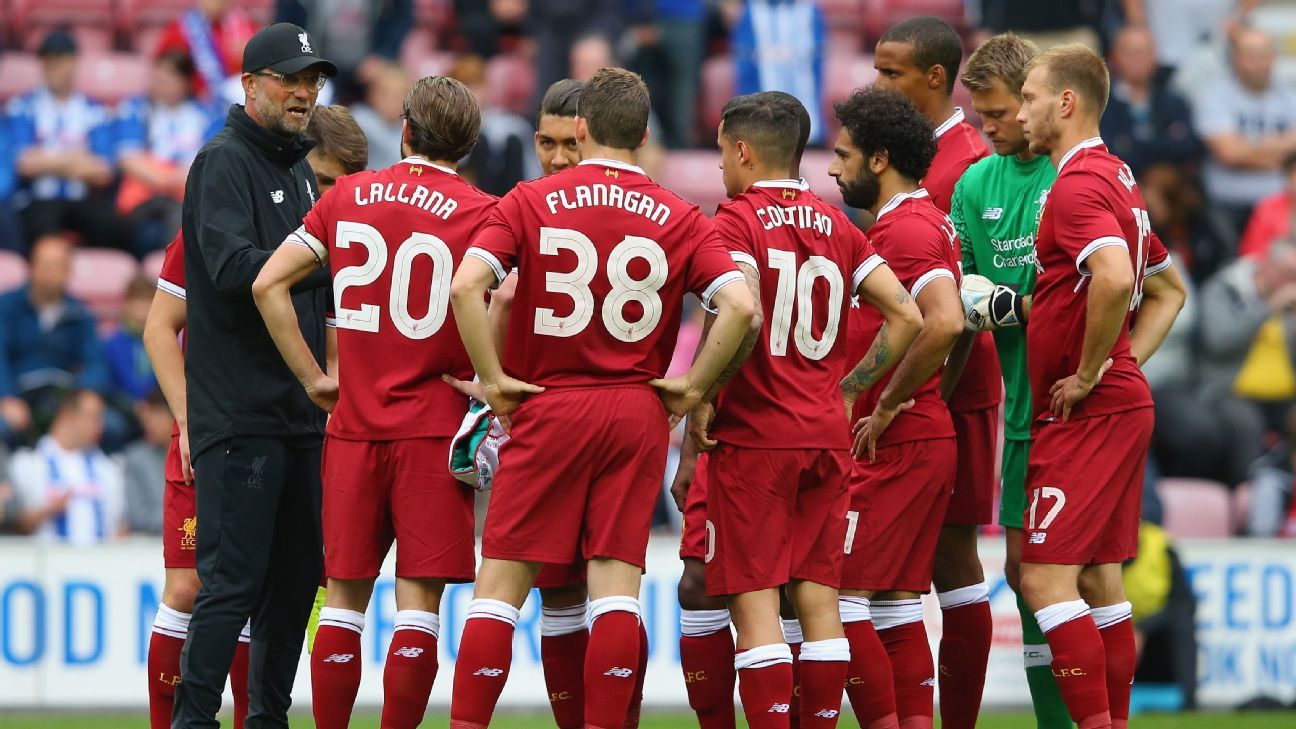 
HONG KONG — Liverpool’s preseason is well underway as they are are currently in Hong Kong for the Premier League Asia Trophy.

After this trip, Jurgen Klopp’s side travel to Germany for a training camp and three warm-up matches before concluding their preseason schedule in Dublin against Athletic Bilbao.

Here are five issues for Klopp to contend with over the summer.

For a club that is usually quick to tie down established players, especially those with great potential, the fact that Can has entered the final 12 months of his current deal is sure to be somewhat concerning to Klopp. In May, the Liverpool manager was optimistic that the 23-year-old would sign a new contract, but the Merseyside club are yet to have confirmed any deal.

Can battled through a niggling calf injury last season to play a major role in Liverpool’s top-four finish, proving his value to the team. For the player, however, it may simply be a case of assessing his standing in Klopp’s plans. Captain Jordan Henderson is the first choice in Can’s preferred defensive midfield role, while Liverpool’s pursuit of RB Leipzig’s Naby Keita could increase competition further in the middle of the park. But Liverpool must move to secure the futures of valued team members if they are to adequately compete on multiple fronts both in this campaign and beyond. After all, lack of squad depth has repeatedly cost them.

Liverpool’s desire to sign another centre-half is well-established and long-standing. They identified Virgil van Dijk as their prime target until their pursuit of the Southampton defender hit a self-inflicted stumbling block amid tapping-up allegations. Joel Matip and Dejan Lovren are decent starters but they are not reliable enough to build the stability that is required in the position. With Lucas Leiva heading to Lazio, Liverpool are short another option at the back. It’s a position that must be strengthened before the Watford opener on Aug. 12.

Klopp has hinted at a three-way tussle for the No. 1 jersey this preseason. Simon Mignolet was revitalised in the latter half of last season after winning back the starting spot following some high-profile errors from Loris Karius. Danny Ward, meanwhile, has returned from his extremely successful loan spell at Huddersfield Town, with their manager, David Wagner, having been told that the Wales international won’t be returning to the newly-promoted Premier League side.

It leaves Klopp with three adequate options between the posts and a big decision to make. He ultimately made the wrong choice dropping Mignolet for Karius midway through last season but was saved by the Belgian’s form after he was reinstated.

4. Where to play Coutinho?

Coutinho thrived last season as part of the Reds’ front three, scoring a career-best 14 goals. However, with the addition of winger Mohamed Salah from Roma and the return of Sadio Mane from injury, Coutinho’s role is up in the air. Klopp has talked about putting the Brazilian into a No.8 (deeper central-midfield role) and he thrived in the position during the 4-0 win over West Ham United back in May, netting twice and providing a wonderfully-crafted assist for Daniel Sturridge’s opener.

With Mane still on Merseyside undergoing rehabilitation following knee surgery, Coutinho may continue up top for the time being. But Klopp does have the task of getting Coutinho, Salah, Roberto Firmino and, eventually, Mane into his starting XI.

Nathaniel Clyne is a solid, dependable option but has young Trent Alexander-Arnold breathing down his neck. Clyne often draws criticism for his lack of end product in the final third while in 18-year-old Alexander-Arnold, Liverpool have a pacey, attacking option on the right flank.

The youngster, who recently signed a five-year contract, can play a number of positions but has mainly been used as a right-back in his 12 first-team appearances. He is now serving as second in command under Clyne but may be the better option against entrenched sides, who Liverpool struggled to deal with most last season.