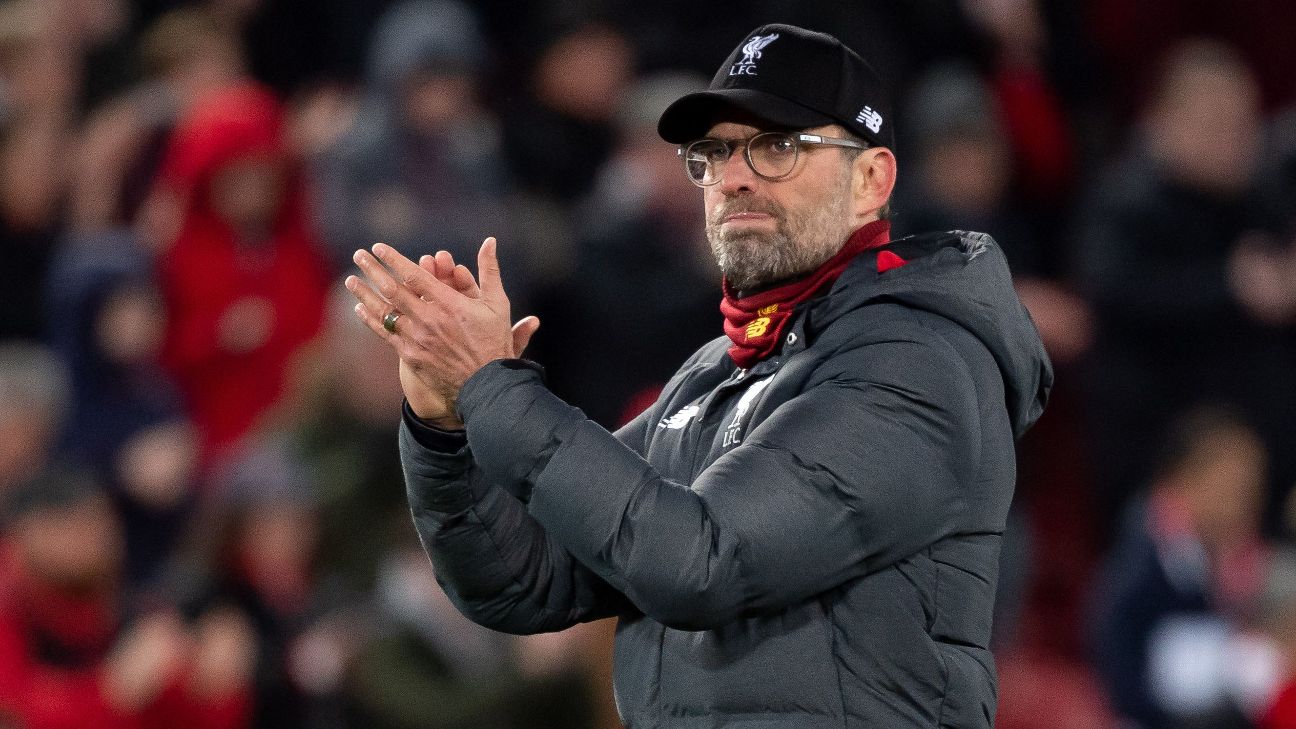 
Liverpool manager Jurgen Klopp has said that the club will not endanger players and force them to return against their will amid the coronavirus pandemic.

Premier League teams were given permission to return to training in small groups this week.

Liverpool returned to the Melwood training ground for the first time in more than two months on Wednesday and Klopp said the players will decide if they think it is safe to train.

“It is the players’ choice and that is clear,” Klopp told Sky Sports. “I said before the session, ‘You are here on free will. Usually you sign a contract and you have to be in when I tell you, but in this case if you don’t feel safe, you don’t have to be here.’

“There are no restrictions, no punishment, nothing. It’s their own decision and we respect that 100%.

“The boys are fine. We would never put anybody in danger to do what we want to do. Yes, we love football, yes, it’s our job, but it’s not more important than our lives or the lives of other people.”

The club’s physiotherapist Jose Luis Parada said portable showers and toilets have been set up on their training ground pitches as part of the “extreme measures” to aid social distancing and reduce the number of new coronavirus infections.

The league said on Tuesday that six people from three different clubs had tested positive for the coronavirus out of a sample of 748 individuals.

Liverpool went into the lockdown with a 25-point lead over closest challengers Manchester City, needing just two wins from their remaining nine games to seal their first league title in 30 years.

The league’s chief executive Richard Masters said Liverpool could be in danger of not having a trophy presentation should they clinch the title following the planned resumption of play this season.

Why France vs. Germany could be Euro 2020’s game of the group stage
Scotland vs. Czech Republic – Football Match Report – June 14, 2021
Juventus, Arsenal linked with Euro 2020 sensation Manuel Locatelli
Copa America opener highlights Argentina’s frailties
Scotland are back at the Euros, and they’re hoping to put 23 years of hurt behind them