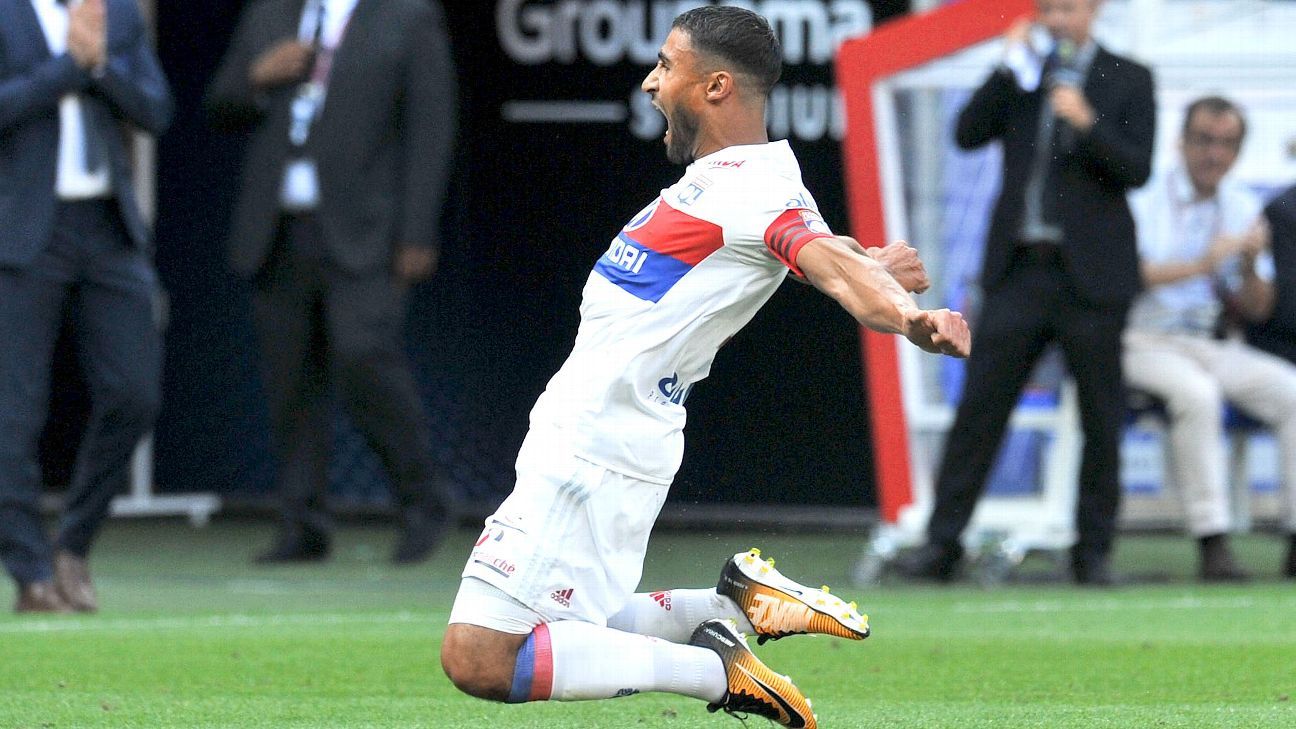 
Jurgen Klopp said he had “no comment” on reports linking Liverpool with Lyon captain Nabil Fekir, while sources told ESPN FC that the Merseyside club have not made an approach.

French radio RMC reported during Liverpool’s match at Chelsea on Sunday that the Reds had agreed a deal to sign the 24-year-old attacking midfielder.

Klopp recently said he is planning to improve the depth within his Liverpool squad this summer, but sources said no move is imminent regarding Fekir. Lyon also issued a denial that talks had been held on Sunday.

The Liverpool manager was asked about the reports following the 1-0 defeat to Chelsea at Stamford Bridge and said: “During the game we agreed a deal?!

“I would be surprised about that, to be honest. No comment.”

“We have had no contact with Liverpool today,” he said. “Nabil is here. We hope to keep him and have him playing the Champions League with us next year.”

Fekir has spent the entirety of his professional career at Lyon, where he has made 150 appearances, scoring 56 times. The France international also has 10 caps to his name.