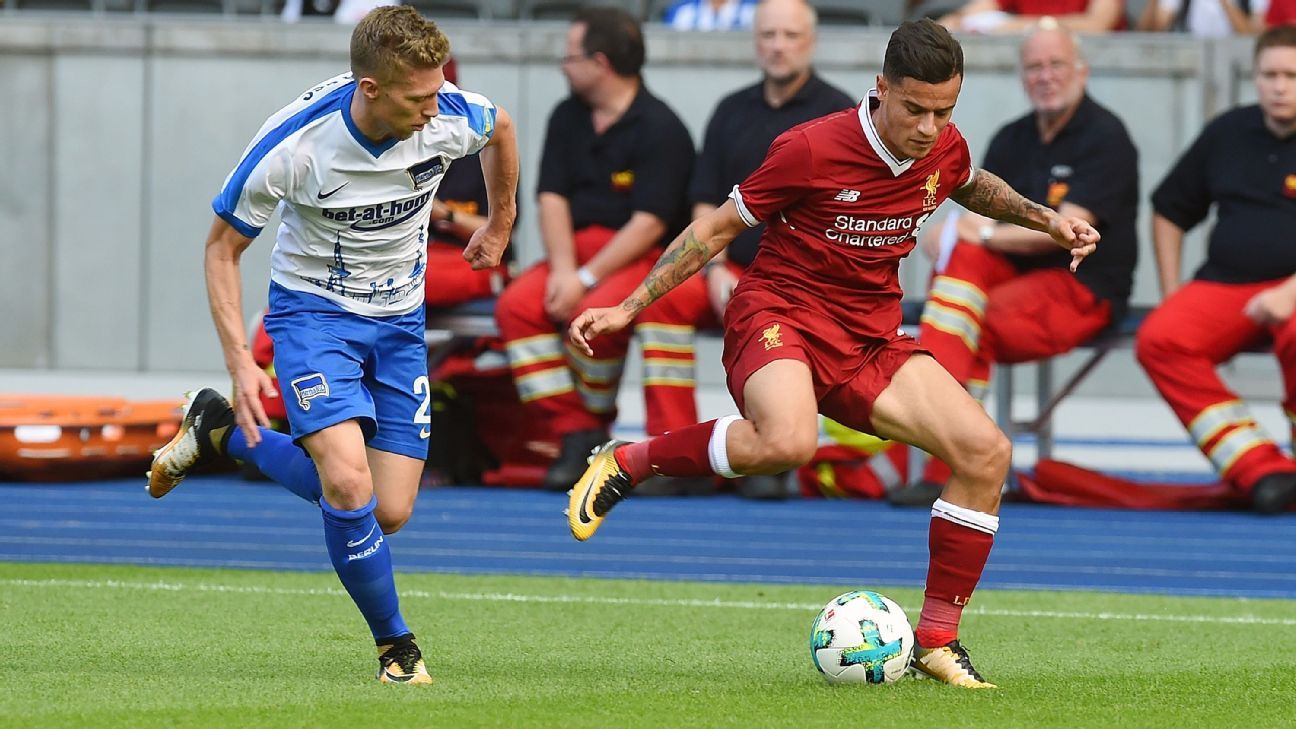 
It hasn’t been a good few days for Liverpool. Having been rocked by a transfer request from Philippe Coutinho this past Friday, they then proceeded to concede three goals — including a stoppage-time equaliser — at Watford to throw away two points in their opening game.

The attack was predictably proficient (even without Coutinho and Adam Lallana), while the defence was predictably porous. Conceding twice from corners suggests that the Reds’ biggest weakness remains, but as it’s virtually the same players in the same set up, why should it be any different?

Worryingly, Liverpool’s next opponents, Hoffenheim, are set piece specialists and no side in Germany could best the 16 goals they managed from dead-ball situations last season. Having witnessed Liverpool’s vulnerability at Watford, they ought to be fancying their chances of reaching the Champions League group stages at the Merseysiders’ expense.

Setting his team up for the game in Germany has to be uppermost in Jurgen Klopp’s thoughts, so he could certainly have done without the drama surrounding Coutinho.

Liverpool’s stance on the Brazilian’s future had seemed pretty unequivocal, but Klopp’s cryptic post-match comments have cast some doubt on that. This past Friday he was singing from the same hymn sheet as the owners: Coutinho was not for sale, under any circumstances.

Klopp was saying he must defer to whatever the owners wish 24 hours later. Naturally some assumed that the club must be about to sell against the German’s wishes, while others took it to mean that Klopp must feel betrayed by Coutinho and it is he who wants rid of the player but is being overruled by owners Fenway Sports Group.

Presumably we’ll find out soon enough exactly what Klopp meant, but barring a surprising climb down from the owners, Coutinho’s transfer request changes nothing for him other than the way he is now perceived by the supporters.

It’s both disappointing and surprising. Coutinho was widely seen as being “not the type” to pull a stunt like this. Until now he’s never given any reason to think he would act in this manner. To hand in a transfer request the day before the season starts is poor form, but that was only part of it. We also had an unnamed “family member” slam LFC for “never allowing players to leave amicably” while also criticising Klopp’s use of the Brazilian and bizarrely claiming their relationship has been strained for six months.

Six months, eh? A convenient timeline, as any earlier than that and people might wonder why he would have signed a new long-term contract if things were so bad. Upon signing that deal, Coutinho spoke at length about how happy he was.

Hollow words, just like Luis Suarez before him. Coutinho has shown that he’s no different to the vast majority of modern footballers. When they don’t get what they want, their true colours come out.

Until Barcelona came calling, there had never been any suggestion that Coutinho’s relationship with Klopp was problematic, yet now we are supposed to believe he has been unhappy for some time?

As for Liverpool not letting players leave amicably, is there any top club that does? Ambitious teams with aspirations of challenging for honours owe it to their supporters to try and keep hold of their best players. Sometimes that isn’t possible and they ultimately have to admit defeat, but even then they need to ensure they get the best deal possible. Should Liverpool just roll over and have their bellies tickled just because it’s Barcelona?

The irony is that it’s because of Coutinho himself that Liverpool are in such a strong position where they do not have to sell. He signed a new contract with no release clause only six months ago. He did so presumably because it earned him a hefty pay raise, while Liverpool were happy to give him it because it provided them with the security they have now, where they can laugh in Barcelona’s faces and tell them “no deal” regardless of how much money they offer.

One also now has to wonder about this back injury that has caused him to miss the start of the season. It may indeed be genuine, but “a bad back” is the oldest excuse in the book for anybody looking to get out of work, and it does appear somewhat suspicious in light of these recent developments.

Ultimately, though, it doesn’t matter how much of a stink Coutinho kicks up as Liverpool simply cannot sell him now. They’ve been so insistent that it won’t happen that if they backed down now just because Coutinho has thrown a hissy fit and because his representatives have adopted a media smear campaign, they would look weak and foolish.

FSG have often looked foolish during their time in English football, but one thing they aren’t is weak. Coutinho’s advisors should have known this, but when you see a big slice of an enormous transfer fee slipping from your grasp it’s perhaps understandable if a client’s reputation is not really the main priority.

If when the window shuts Coutinho is still at Anfield but is no longer the darling of the Kop, perhaps he’ll see things a little more clearly and realise just how pointless and ill-advised that transfer request was. He probably won’t, though, as top footballers tend to live in a completely different world to the rest of us.