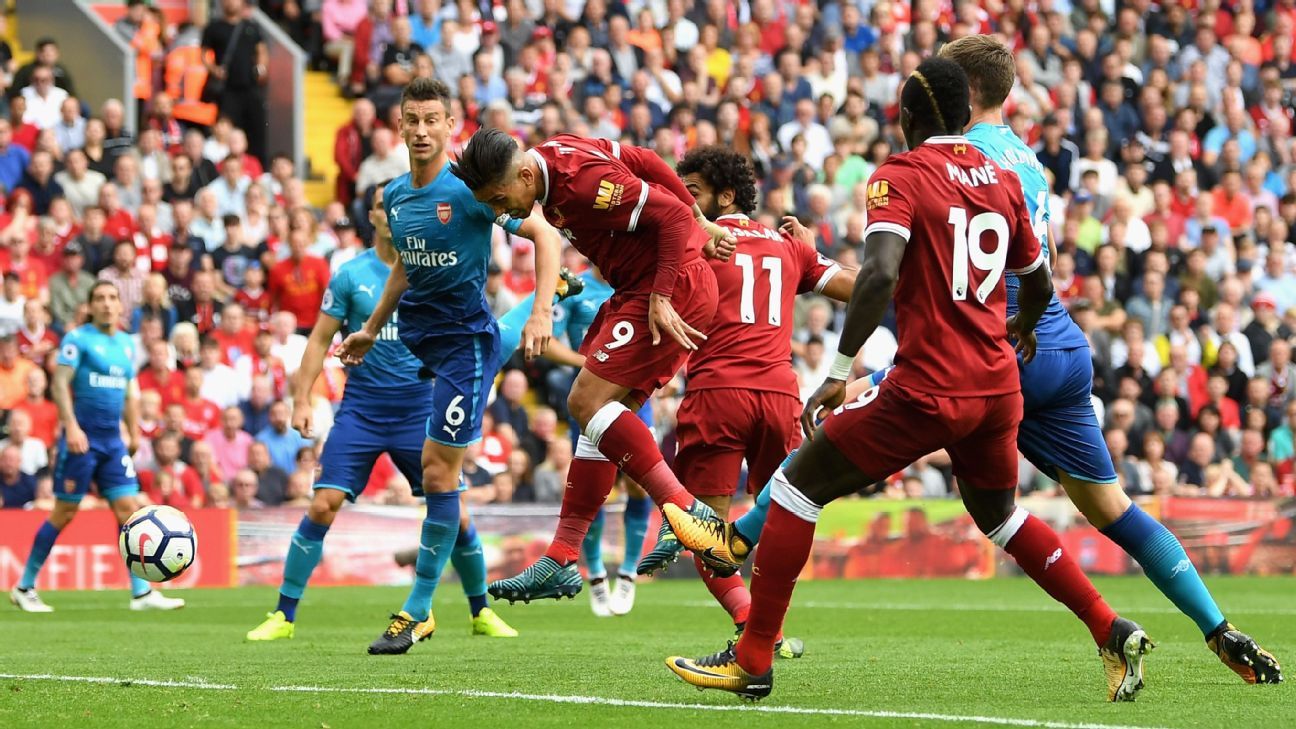 
After each round of Premier League fixtures, ESPN FC brings you its Team of the Weekend. Our panel of experts carefully selects 11 star performers along with a manager.

Do you agree or disagree? You can have your say on those picked or overlooked in the comments section at the foot of the article or on Twitter using the hashtag #ESPNFCTOTW.

Goalkeeper: In a weird quirk of fate neither of the players in contention for a place between the sticks was on a winning side this weekend. Steve Nicol reasonably argued that Arsenal could have lost by eight had it not been for Petr Cech’s heroics, but Paul Mariner and Gabriele Marcotti both made the case for Leicester’s Kasper Schmeichel, who saved a Romelu Lukaku penalty and generally deserved better than to come away from Old Trafford empty-handed.

Defender: Nicolas Otamendi is becoming Manchester City’s Mr. Dependable in defence, a role they are in desperate need of someone taking on, and that hasn’t escaped the attention of our panel. However, it wasn’t just his defensive attributes that led Marcotti to select him. He picked out Otamendi’s “ruleta” ability and his central role in the game’s “mad ending.”

Defender: Phil Jones‘ future has been the subject of speculation over the summer, but he has proven his worth as Manchester United have started the Premier League campaign without conceding. Against Leicester he was on top form again and got the nod from Mariner, who said: “Jones has had his critics, but he is proving what a good player he actually is,”  and Nicol, who added: “He marshalled United’s defence.”

Defender: Bournemouth went in front against Manchester City in spectacular fashion thanks to Charlie Daniels. That goal led Nicol to exclaim “Daniels must have had Roberto Carlos’ left boot on in this game.” Marcotti was similarly awestruck and the two of them ushered the 30-year-old into the line-up without further ado. However, questions have to be asked of Mariner, who omitted him.

Right-wing: “Who needs Philippe Coutinho when you’ve got Mohamed Salah?” Marcotti asked after watching the Liverpool new boy put in the kind of performance that will give Arsenal’s defence plenty of sleepless nights. “Pace, goals and trickery,” Nicol surmised. The Egypt international was an easy pick for after an assist and a goal and in the demolition of the Gunners.

Midfield: After being sent off in Chelsea’s opening-weekend defeat against Burnley and missing the win against Tottenham through suspension, Cesc Fabregas had some making up to do. But he did it in style, pulling the strings as the Premier League champions beat Everton 2-0 at Stamford Bridge. What’s more he earned himself the only unanimous pick of the weekend into the bargain. “What a football brain,” Nicol said.

Midfield: Perhaps the biggest change at Manchester United from last campaign is how Jose Mourinho has found a way to get the very best out of Paul Pogba. He was instrumental in everything good about United as they overcame a stubborn Leicester resistance on Saturday. “He has hit the ground running this season,” Marcotti observed, and Mariner added: “Majestic.”

Midfield: It would be easy for Jordan Henderson to fly under the radar, given Liverpool’s eye-catching array of attacking talent. Luckily, the England international has Nicol fighting his corner. He dubbed him “the engine room of the engine room,” a title that is hard to question after his commanding performance against Arsenal.

Left-wing: Twice in the space of six days Raheem Sterling has come to the fore for Manchester City and scored a game-changing goal. Admittedly, his winner vs. Bournemouth was overshadowed by the events that followed and he will now be suspended for their next game against his old club Liverpool, but there’s no doubt he is becoming an important player for Pep Guardiola, a point that Mariner highlighted.

Striker: Alvaro Morata could not have done much more for Chelsea as they brushed aside Everton on Sunday. The former Real Madrid and Juventus man scored one goal and set up the other in a comfortable win that could have been anything but. His performance led Nicol to say: “That’s what you get for £58m.” Mariner is also impressed with how quickly Morata has acclimatised to the Premier League, and added: “What a signing.”

Striker: Morata’s strike partner is a position up for grabs with Joselu, Tammy Abraham, Gabriel Jesus and Roberto Firmino all on the scoresheet and among the contenders. However, Marcotti’s argument for Firmino holds most weight: “He pressed the life out of the Arsenal back line, scored a goal, set up another and was the pounding heart of Liverpool’s attack.”

Manager: Marcotti makes the case for Jurgen Klopp after not only a near-perfect performance, but also “for the way he has insulated his team from the Philippe Coutinho affair.” However, he is outvoted two to one by Mariner and Nicol, who want Jose Mourinho making the right calls against Leicester. “His two substitutions changed the game,” Nicol argued.