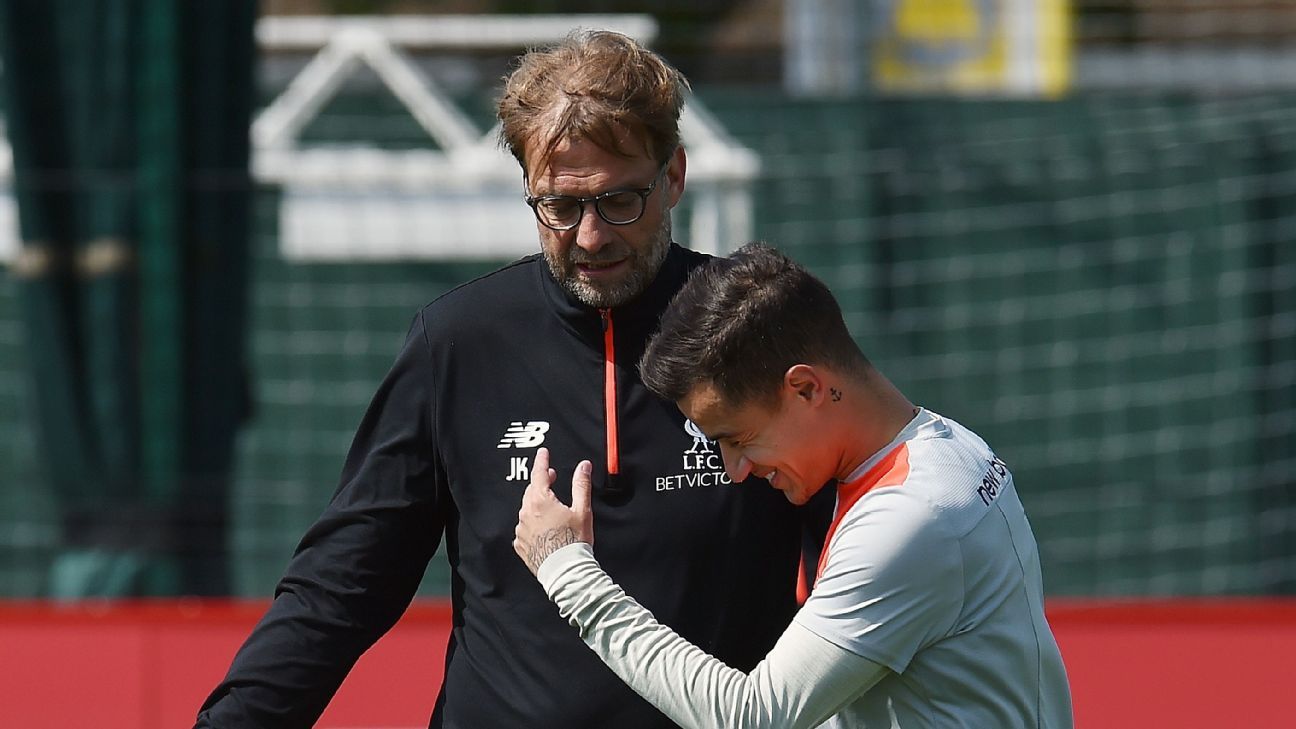 
Liverpool manager Jurgen Klopp says he has no qualms about putting wantaway playmaker Philippe Coutinho back into his team despite the Brazil international submitting an unsuccessful transfer request.

Coutinho, 25, tried to force an exit before Liverpool knocked back a fourth bid from Barcelona for him late on Thursday, reportedly worth around €150 million including add-ons.

Barcelona then claimed they were quoted a price of €200m, something that Liverpool sources told ESPN FC was not true.

The player was unavailable for the Reds’ first five matches with an apparent back injury but came off the bench to score for Brazil in a World Cup qualifier against Ecuador on Thursday and is expected to feature against Colombia on Tuesday before returning to Melwood.

It remains to be seen whether he will be considered for Saturday’s trip to top-four rivals Manchester City but Klopp is happy to still have the player available to him.

“We still have a really good player in the squad who can play,” said Klopp, speaking to German media outlet SPORT1 after coaching in Nikolce Noveski’s testimonial game at former club Mainz.

“Don’t believe everything in the press or that there are offers here and there and that the minute after the offer has been entered, it should already be over.

“We are not like George Orwell where everybody knows everything immediately. We have exactly the situation we wanted and no other.”