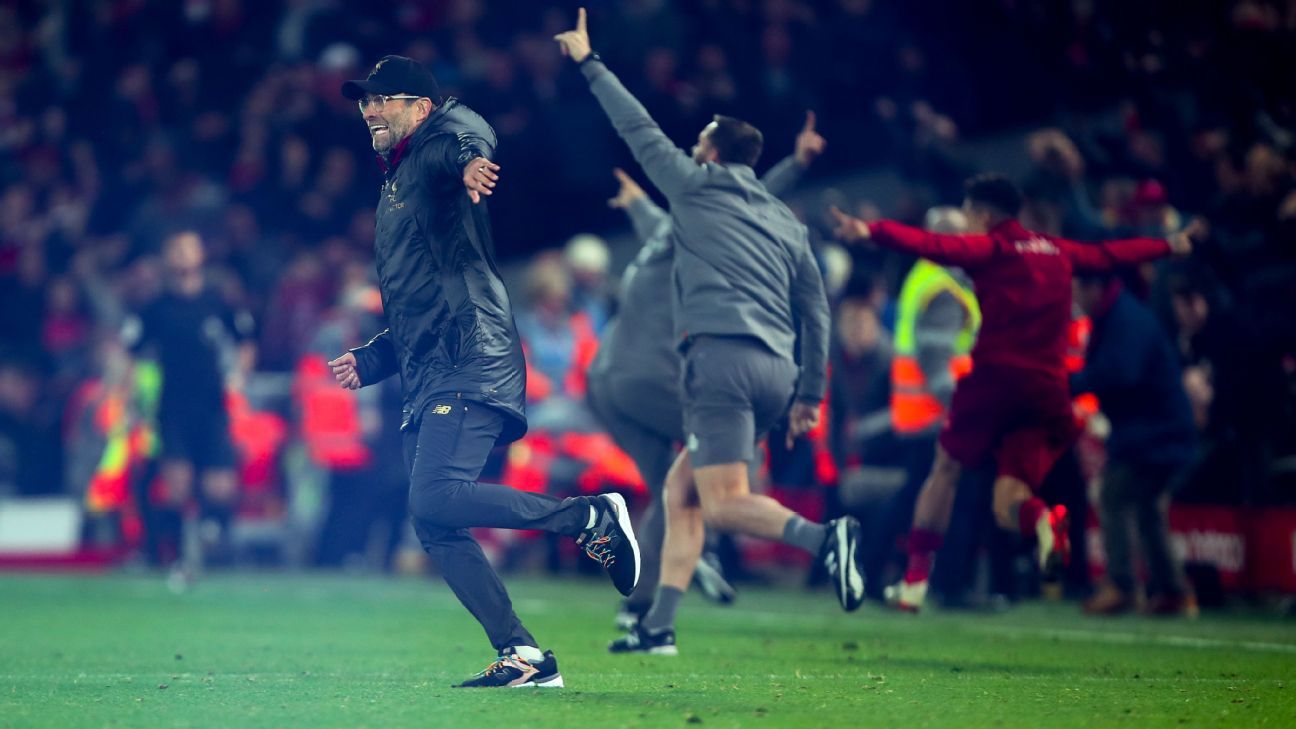 
Liverpool manager Jurgen Klopp has vowed not to repeat his celebration in Sunday’s Merseyside derby after being fined £8,000 by the Football Association.

Klopp reacted to Divock Origi’s stoppage-time winner against Everton at Anfield by running to the centre circle and celebrating with Liverpool goalkeeper Alisson.

In a statement on Tuesday, the FA said the Reds manager “admitted an FA improper conduct charge and accepted the standard penalty.”

“I didn’t want to do it and I can say it won’t happen again,” Klopp told a news conference on Tuesday. “It was not on my radar that it was still possible.

“We make mistakes, but usually I learn from it — at least over a long period. It’s not a massive mistake. If there was no rule against it, we as managers would constantly celebrate on the pitch.

“I don’t think anybody thought it’s massively wrong, not even the ref — they were probably surprised themselves. There’s nothing to say, actually. It’s a fine, I pay it. Let’s carry on.”

Klopp said he had apologised to his counterpart Marco Silva at the final whistle on Sunday, although that was disputed by the Everton manager in the immediate aftermath of the match.

Silva told a news conference on Tuesday he did not feel that Klopp’s actions warranted punishment from the FA.

“Of course in that moment, the manager cannot think of fines or not. It’s a moment to celebrate. I know the last two days everybody is talking about the situation.

“But, for me, it’s not even a matter because it’s normal in football. It’s really important as well, even if sometimes you get fined. It’s something important, this passion of the game.”

Klopp will be in the dugout when Liverpool travel to Burnley in the Premier League on Wednesday. Sadio Mane and Andrew Robertson are doubts for the trip with injuries sustained in the derby.

“Sadio and Robbo, we need to have another look at today,” Klopp said. “Sadio really had an awful cut on his foot. It needed to be stitched.

“He is OK, but walking around here now in flip-flops and you don’t play in flip-flops. That means in this moment he is not ready, but we will see later.

“With Robbo, it is not as serious as with Sadio, but we need to have a look.

“We are all long enough together that we know about the specific challenge against Burnley. It’s a really tough place to go.”