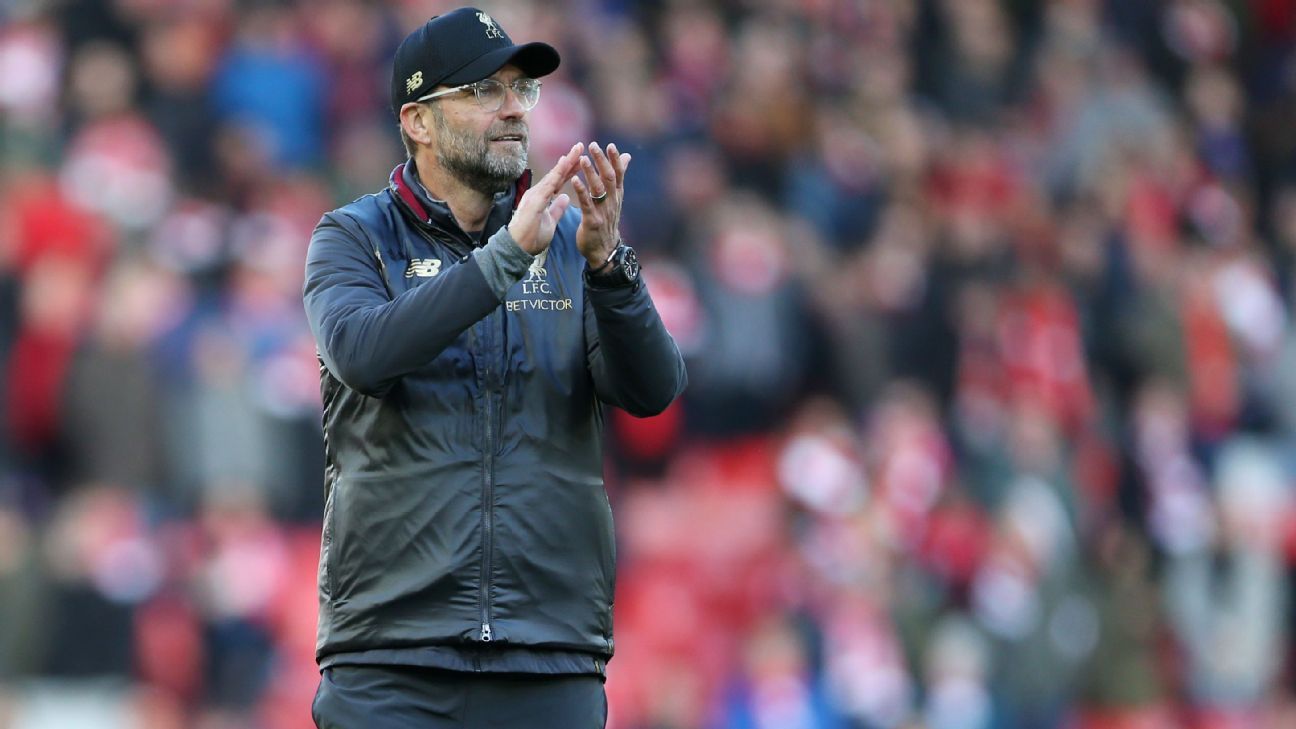 
LIVERPOOL, England — Jurgen Klopp said Liverpool were owed a piece of good fortune in their 2-0 win over Fulham on Sunday when the visitors had a goal ruled out for offside.

Liverpool survived a scare in the first half at Anfield but returned to winning ways through goals from Mohamed Salah and Xherdan Shaqiri.

Aleksandar Mitrovic thought he had given Fulham the lead in the 41st minute when he headed in, only to see the assistant referee raise his flag for offside. Liverpool would quickly restart and score 14 seconds later through Salah.

“I saw it once, so I’m not sure. It’s difficult to tell,” Klopp said. “I don’t want to compare it, but we didn’t get a goal against Arsenal.

“We scored a clearer goal, which was not offside, and didn’t get it. You cannot change it.

“The most important thing is reacting in a situation like that. That was brilliant — Alisson, Trent and Mo, done. It was a fantastic situation.

“On the other hand, if you watch the situation back, it was a very good routine of Fulham, I have to say. It was difficult to see for the ref, but it was a clear foul on Robbo [Andrew Robertson] because Robbo is the second free man to go there and avoid the cross — and he couldn’t. I’m not sure which Fulham player kept him.

“We were a bit lucky and, because of Robbo, it’s maybe not 100 percent offside — his heel or whatever. Before that, somebody held him.

“We created, we passed, we accelerated in the right moments,” Klopp said. “We had big chances early with Sadio [Mane], Shaq [Xherdan Shaqiri], Mo in the box where they blocked it in the last second, where the goalie could make a save.

“We scored twice, maybe it’s a bit strange that one was after a quick restart and one after a set-piece, the second ball phase, but that’s very important as well that you have these situations and you can use it. So I’m completely happy.

“Apart from scoring more goals, it was a really good performance.”

As the international break now arrives, Klopp said he is happy for Naby Keita and Jordan Henderson, who both appeared as substitutes after hamstring injuries, to join up with their respective national teams.

However, Liverpool are in discussions with the Football Association about whether Joe Gomez will feature in England’s two fixtures next week after a taxing period.

“If you ask me, I always want them to stay here but in this case, it is good for him [Keita],” Klopp said.

“Guinea play one game against Ivory Coast I think and that will be tough for him, but good for him.

“It is like it is, we don’t have to think about it. If a player is fit and is called up then they go.

“Joe had all the games. With Joe we are not sure, we are in talks about that. Hendo is 100 percent fit, he needs games as well and that’s cool.

“I cannot make the decisions for the managers of the different countries, so if they call them up then they go there.”