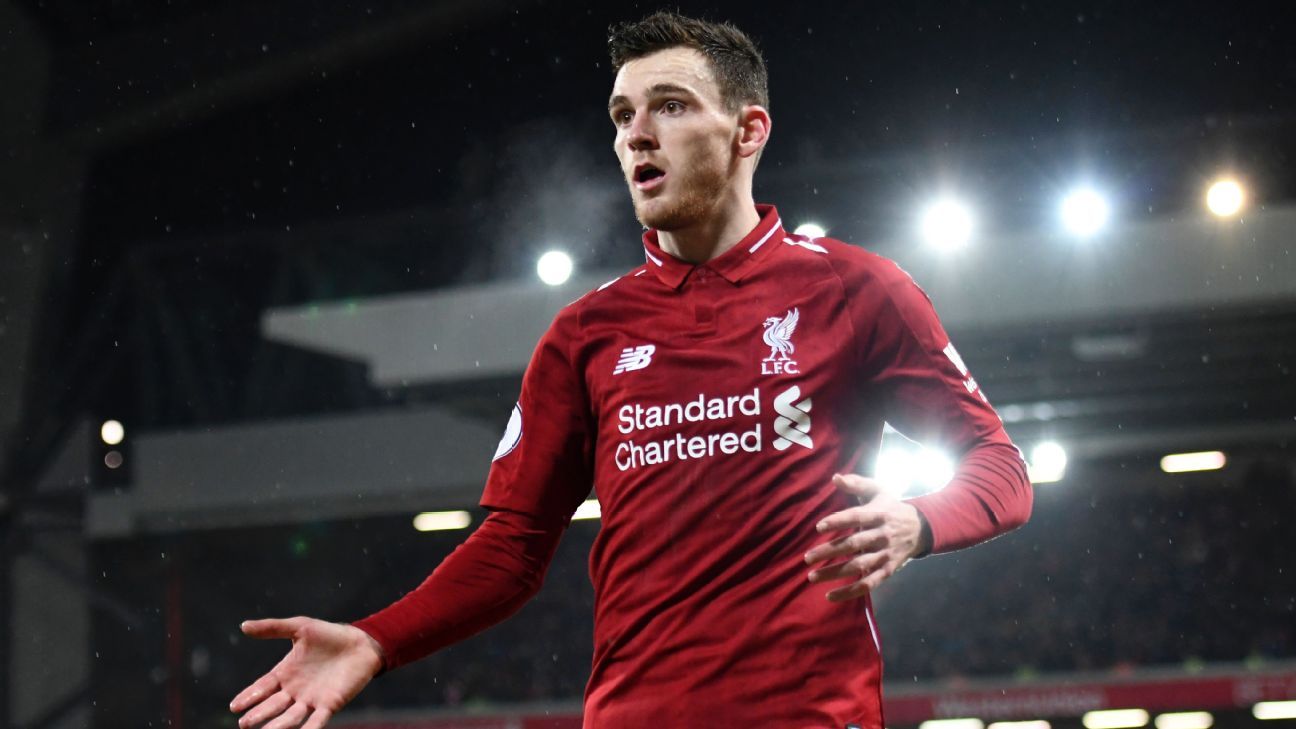 
Liverpool have announced that Andrew Robertson has signed a new long-term contract at the club, with sources telling ESPN FC the deal runs until the summer of 2024.

Robertson has been rewarded for his excellent performances in a Liverpool shirt since establishing himself as a starter, having joined from Hull City in the summer of 2017.

“As soon as the club came to me, it was a no-brainer for me — I want to stay here, so as soon as they put an offer on the table it was signed as quickly as that,” Robertson told Liverpoolfc.com upon signing.

“It was a pretty easy contract for me and I’m sure for the club as well. We both agreed very quickly, that’s why it’s been done so quickly.

“Getting to know the lads and working with all the staff at Melwood has been a pleasure. The best thing about work is when you love coming in every day — and that’s what I do here. I am glad I have extended my stay and hopefully we have a lot of good days ahead.”

The 24-year-old — ranked as the eighth-best left-back in the recent ESPN FC 100 — became first-choice at Liverpool after Alberto Moreno suffered an injury in December 2017.

Robertson’s consistency has seen Moreno only make two Premier League starts this season, with sources saying the Spaniard is expected to leave the Reds in the summer upon the expiration of his contract.

“I hope to achieve success as a team over the course of this new deal,” Robertson added. “This club demands trophies and too long has probably passed without trophies.

“So I hope to help bring another couple of trophies to this club and help push in that direction because the fans demand it and the club demands it, so that’s what we aim to give.

“We came close, of course we have with the Champions League and things like that, but it’s about taking that next step and hopefully getting a winner’s medal around your neck, whatever competition it is. That is the main aim for us.”

In September, Robertson’s incredible rise was recognised on the international stage when he was appointed captain of the Scotland national team.

After being released by Celtic as a schoolboy, Robertson began his professional career playing for Scottish third-division side Queen’s Park before earning a move to Dundee United in 2013.

He has made 56 appearances for Liverpool as an integral member of the team that currently sits top of the Premier League and reached the Champions League final in May.