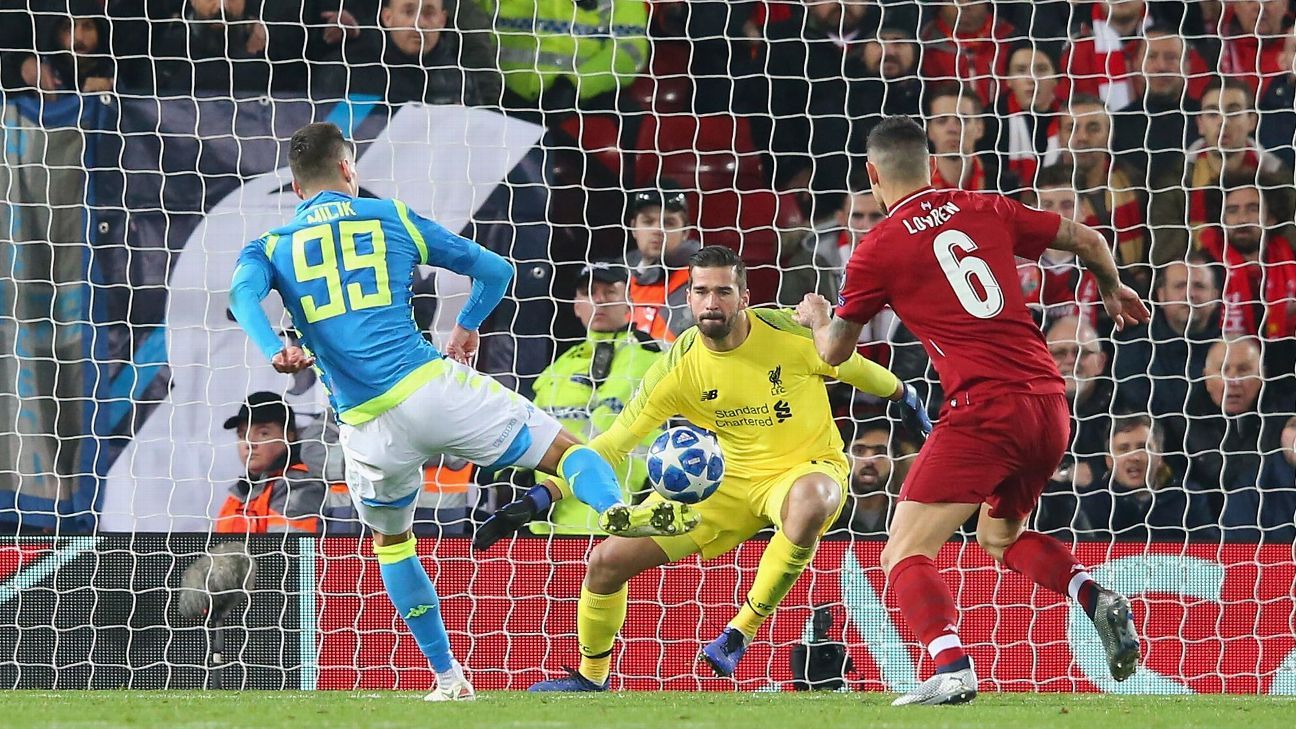 
Liverpool goalkeeper Alisson says he felt like he had scored the winning goal when he made a game-changing late save against Napoli in the Champions League.

With the Reds needing to win 1-0 to progress from the group stages and leading through Mo Salah’s goal, Alisson blocked Arkadiusz Milik’s last-minute effort to seal the victory and become an instant hero with the fans after his £65 million move from Roma last summer.

“But I only managed to make that save with the help of my teammates’ contribution and thank God we got the victory.”

Alisson’s form has been key to Liverpool’s ascent to the top of the table — a position sealed last weekend after the 1-0 win over Everton, with Divock Origi scoring the winner in the sixth minute of added time.

Liverpool boss Jurgen Klopp was criticised for his celebrations after that goal, when he ran onto the pitch to embrace his Brazilian goalkeeper, but Alisson insists he no idea what was coming.

“I ran to the middle of the field and did my usual celebrations, pointing to the heavens, thanking God, and then I looked to one side and I saw Jurgen and I thought, ‘What is he doing?’ It was a great moment and I gave him a big hug.

“I appreciate it wasn’t the correct thing to do and he has been punished for that — but it was worth it.”