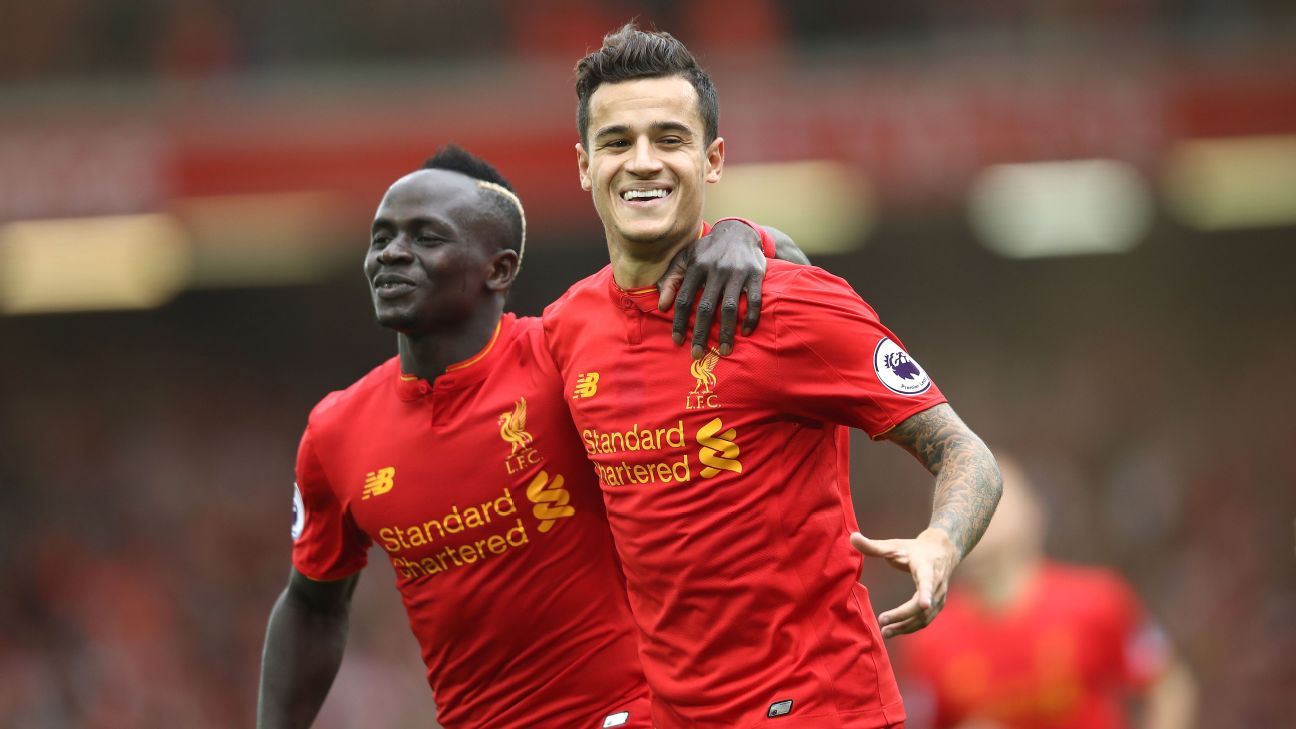 
ROTTACH-EGERN, Germany — Liverpool remain unmoved in their stance that Philippe Coutinho is not for sale amid interest from Barcelona, sources have told ESPN FC.

Last week, sources told ESPN FC that Liverpool rejected a £72 million approach from Barcelona for Coutinho and informed the Catalan side that the 25-year-old was not for sale at any price.

Manager Jurgen Klopp then held talks with Coutinho and later said the No. 10 was “comfortable” at Liverpool.

The Brazil international has featured in all of Liverpool’s training sessions in their German camp, with staff at the Merseyside club not noticing any difference in the player’s attitude or levels of commitment.

Coutinho signed a five-year contract at Anfield in January, with Liverpool ensuring that no release clause was inserted as part of the new deal.

Coutinho has been continuously linked with a switch to Barcelona over the past year. One former executive for the Catalan outfit has told ESPN FC the former Vasco da Gama prodigy has been admired at the Nou Camp for a long time and is considered a player with a “Barca profile.”

Markovic, 23, is widely expected to depart this summer after spells on loan at Sporting Lisbon and Hull City last season.

Fiorentina have held talks with the winger but, so far, are unwilling to meet Liverpool’s valuation.

Sheyi Ojo and Connor Randall look set to depart Anfield on a temporary basis, with the latter set to move to Scottish side Hearts on a season-long loan.

Klopp believes Ojo, 20, would benefit from a season of regular first-team football and currently has loan offers on the table from Derby County Aston Villa, Middlesbrough and Fulham, sources say.