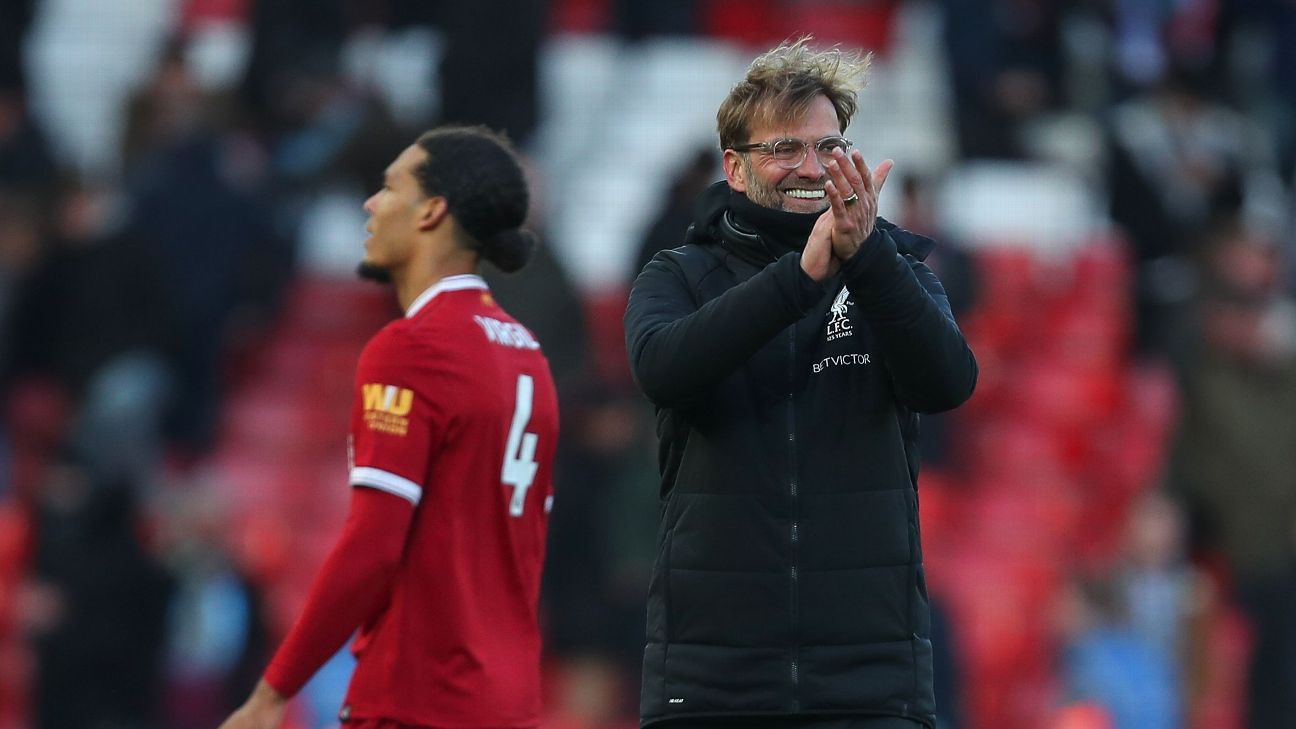 
There was so much to admire about Liverpool’s performance in Saturday’s 4-1 win over West Ham that one particularly significant aspect of it will probably be overlooked by many. Most of the talk afterwards understandably centred around the continued brilliance of the Reds’ front three but frankly, it’s more surprising when Liverpool’s forward line does not dazzle these days, especially now that Sadio Mane has rediscovered his mojo.

The nature of football means that forwards will always get the bulk of the headlines but it was a fine team performance in which several individuals stood out. James Milner and Andrew Robertson were terrific, while Alex Oxlade-Chamberlain burst into life in the second half after a quiet opening 45 minutes. Yet it was the control and composure the team showed when West Ham briefly threatened a comeback that may have pleased Jurgen Klopp the most.

Liverpool took the Londoners apart almost at will during a highly impressive second half, but the change in approach during a brief spell immediately after conceding a sloppy goal really showed the growing maturity of Klopp’s team. Lessons are clearly being learned.

The Reds have notoriously had trouble holding onto leads in recent seasons, in part because when they concede one they can become wide open and quickly concede again. They had a three-goal advantage in Seville wiped out in one half and a 2-0 lead at Arsenal became a 3-2 deficit in the space of seven wild minutes. There have been numerous other blown leads, too.

When Michail Antonio took advantage of an Emre Can error to run clear and reduce Liverpool’s lead to 3-1, it gave West Ham a glimmer of hope that perhaps they could become the latest team to benefit from Liverpool’s occasional tendency to self-destruct. Another quick Hammers goal and Anfield would have been in a state of panic.

Ironically, Antonio’s goal had come during Liverpool’s best spell of the game. Two quick strikes from Mohamed Salah and Roberto Firmino had West Ham reeling and Liverpool were rampant at that point, hungry for more goals and with a charged-up home crowd urging them on. So when they won back possession near halfway, the only thought in the minds of Liverpool’s players was to take advantage of the situation and increase their lead. Left-back Robertson charged forward, as he did to great effect all game, and Virgil Van Dijk was also caught in no man’s land as Can unexpectedly gave the ball away, meaning Antonio had acres of space to run into.

Seconds after the restart, Roberto Firmino inexplicably passed the ball straight to a West Ham player and put his team on the back foot again. The mistake led to nothing as Joel Matip dealt with the danger, but there was an edginess beginning to creep in with the crowd. For the next ten minutes, though, Liverpool calmed everybody’s nerves by playing with the kind of savvy and maturity that has often been lacking. They continued to attack and could have scored twice in the next couple of minutes only for good goalkeeping from the overworked Adrian, but there was a control and discipline to their attacking that isn’t always there when the game becomes stretched.

When the goal didn’t immediately come, Liverpool never tried to force anything and as a result the game never turned into the kind of wild contest we sometimes see with Klopp’s men when they lose control.

West Ham were itching to get the ball to their dangerous attacking pair of Antonio and Marko Arnautovic (who was excellent) but they just couldn’t get any meaningful possession as Liverpool completely took the sting out of them by pressing ferociously to win the ball and then displaying the nous to keep it for long periods. It was textbook stuff.

In the 10 minutes or so following Antonio’s goal, Liverpool were visibly more pragmatic in their use of the ball, with Can in particular careful not to take any unnecessary risks. When it then became clear that West Ham were no longer posing a threat, the Reds stepped on the gas again and were rewarded with a fourth goal. It should have been more, but there’s no harm in saving some for next week.

If Liverpool can marry improved game management and general “football nous” to the devastating attacking power they have, that should go a long way towards turning some of those frustrating draws into wins. Nine drawn games explains why Klopp’s men are not comfortably clear in second place. They had the lead in six of those but were unable to see it out.

A brief spell of keep-ball against a poor West Ham side doesn’t mean Liverpool have now mastered the art of game management, of course, but it was certainly an encouraging sign and bodes well for the coming months. The acid test will come when Liverpool need to slow a game down away from Anfield and against better opponents than West Ham. Every journey begins with a small step, though, and Saturday was certainly a step in the right direction for the Reds.