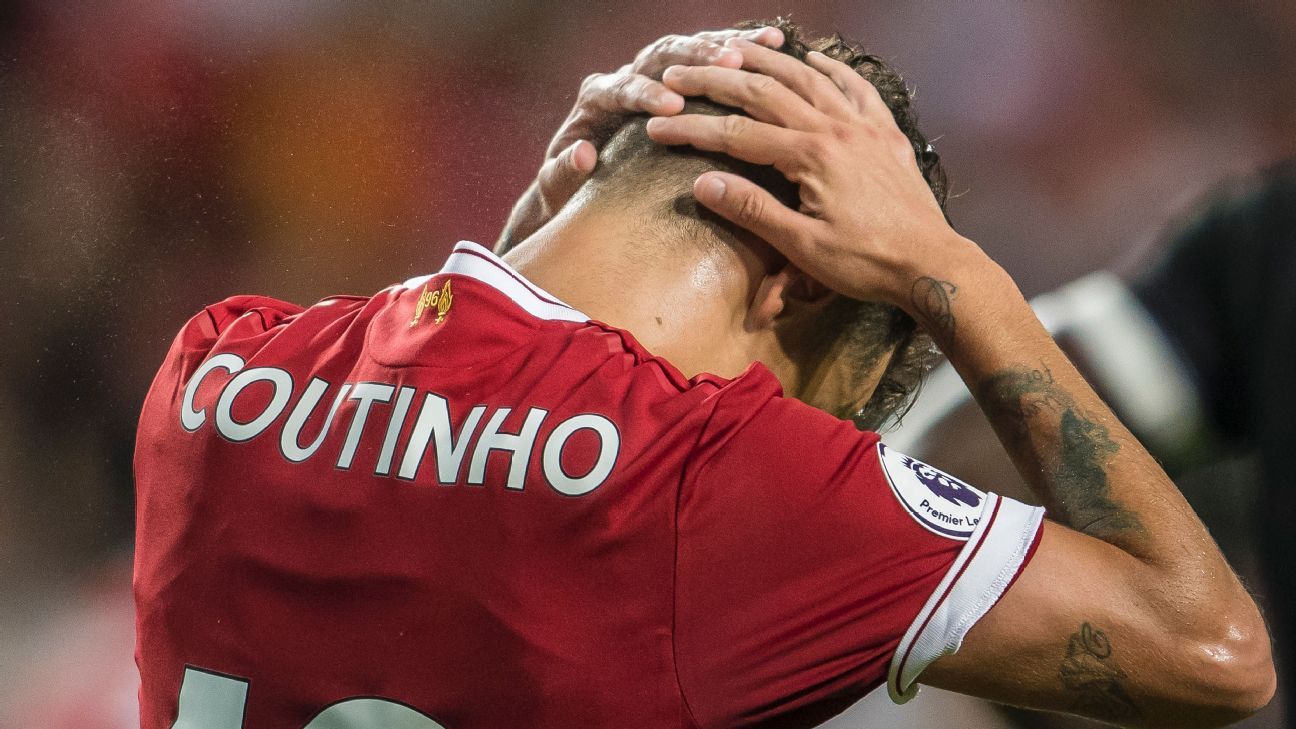 
BARCELONA — Sources close to Liverpool have told ESPN FC that Barcelona’s claims they were quoted a price of €200 million for Philippe Coutinho are absolutely false.

At a news conference on Saturday, a day after the Spanish transfer window closed, Barcelona sporting director Robert and director Albert Soler told a news conference that Coutinho was too expensive and they were not prepared to get involved in an inflated market, despite allegedly being told what they could buy the Brazilian for with only hours left of the window.

“On Friday, after weeks of offers and talks, Liverpool put a price on the player that we wanted [Coutinho],” Soler said on Saturday.

“A price of €200m and we decided we wouldn’t do it. That’s an example of the way football is now. This club and this board will not get involved in that, though. What’s happened in the transfer market this summer has taken us to a totally different model of football which we’re not used to.”

Despite Liverpool knocking back three previous bids, Barca made a fourth offer for Coutinho late on Thursday, thought to be worth around €150m including add-ons, but were once again told the Brazil international was not for sale.

And Liverpool sources have insisted that the club’s position did not change; Coutinho was not for sale and Barcelona were aware of the situation.

After losing Neymar to Paris Saint-Germain for €222m, Barca struggled to land their main targets, with clubs aware of how much money they had to spend and their need to replace the Brazilian.

They did, eventually, agree a fee with Borussia Dortmund worth an initial €105m for Ousmane Dembele, but Soler said the board will not put the club at risk by paying over the odds for players and suggested UEFA should take a look at how the market has changed.

“Countries have become the principle agents in the world of football,” he added. “We haven’t wanted to put the club at risk, a club of 150,000 members which is ran responsibly.

“We’re in a market where a goalkeeper has gone for €50m. We won’t get involved in that. We won’t put the club at risk. UEFA and the ECA have to take a decision and reflect on what’s going on.

“The fact that Neymar paid his buyout clause and we had €222m meant everyone knew we had that money. We have tried to manage it with the sporting needs we had, that’s always the priority, but there are lines we can’t cross.

“We don’t usually talk about how the negotiations go. Liverpool put €200m on the table and we did not accept it. We appreciate the effort that the player made to come [by handing in a transfer request], but we can’t do anything else now.”

Barca had also been linked with a deadline day move for Angel Di Maria, but sources told ESPN FC that fell through.

This summer the club signed Marlon Santos — who has since been loaned to Nice — Gerard Deulofeu, Nelson Semedo, Paulinho and Ousmane Dembele. But have been widely criticised for their moves after Neymar left to join PSG, though Soler remained bullish.

“Barça have not lost their international prestige by having common sense and being responsible,” he said. “That’s not losing, it’s winning. The members deposit confidence in the people they vote in, the people they considered the best to run the club.

“As for resignations, decisions are taken when results aren’t good. If Robert and I came out here and told you we’d signed two players for €270m, we would have crossed the line of responsibility and then we would have had to resign.

“In Spain, players have clauses. You know what they cost. So you have to think about two things: if the player wants to come and if the club can afford the deal. It’s different in other European markets and that’s a handicap which we encountered. We all have to play by the same rules and we’re not.”