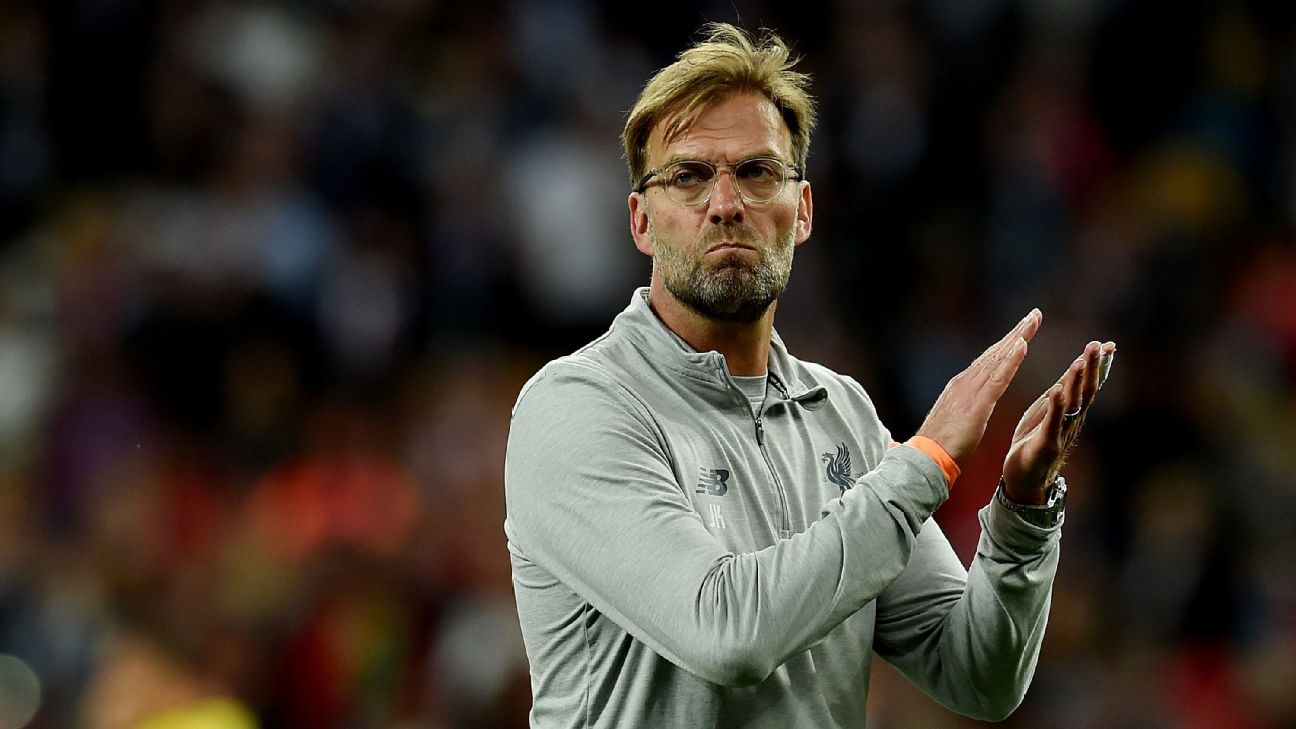 
Liverpool came within touching distance of glory in Kiev. Reaching the Champions League final was an unexpected bonus in an uplifting season, but maintaining forward momentum will be Jurgen Klopp’s biggest challenge over the summer and into the 2018-19 campaign.

Real Madrid’s 3-1 victory exposed some of Anfield’s lurking flaws, many of which will get addressed in the next few weeks. The acquisition of Fabinho from AS Monaco for £39 million is a statement of intent. Revamping the midfield is high on the list of Klopp’s priorities.

Four years ago, Liverpool had another flirtation with success when Brendan Rodgers’ side got themselves into position to win the Premier League title only to fall apart in the final week of the campaign. What happened next is instructive: the club sold Luis Suarez, their best and most influential player and bought badly in trying to replace the Barcelona-bound striker. The subsequent season was a disappointment. They fell out of the top four and Rodgers was sacked 17 months after leading the team to second place in the league.

There is no chance that Mohamed Salah will depart Merseyside in this transfer window, and Klopp will keep his key men in place. There is, however, an element of hubris lurking around the corridors of Anfield.

In the run-up to Kiev, John W Henry, the principal owner, expressed his confusion that players like Suarez and Philippe Coutinho should want to leave Liverpool for the Nou Camp.

“The club is so rich in history and tradition, supported by so many millions around the world, in virtually every country of the world,” Henry told the Press Association. “You don’t want to be in the position where players want to go somewhere else, even if it is a great club like Barcelona.”

The only way to keep players at clubs is by winning trophies or paying top-notch wages. The best teams, like Real and Barca, do both. Liverpool currently do neither. History is nice, but it means little to men like Salah or potential recruits. Reaching the Champions League final is a useful tool when trying to entice players to Anfield, but Kiev is already in the past.

And so, there are lessons to be learned. Loris Karius underlined, in the most graphic manner, that a better goalkeeper is needed, though the club’s problems in this position predate the Klopp era. Pepe Reina was allowed to leave four years ago because it was considered that his £110,000 a week wages were too expensive for a goalkeeper. He was replaced by Simon Mignolet, cutting two-thirds off that cost, but it turned out to be a false economy given Liverpool’s goalkeeping problems since then.

The back four is a work in progress, but Klopp can take some satisfaction in the development of his defence. Virgil van Dijk has had an enormous effect. Dejan Lovren hopefully reached a nadir last year in the 4-1 defeat by Tottenham Hotspur at Wembley and should never plumb those depths again. It took the German manager a long time to warm to Andy Robertson, but the Scot has been impressive at left-back since December. Trent Alexander-Arnold, on the other flank, has great potential. The 19-year-old is not quite ready for the level of competition he experienced in the past few months, but Alexander-Arnold and Nathaniel Clyne give Klopp options on the right.

In an ideal world, Liverpool’s midfield trio in Kiev would all be squad players. James Milner, Jordan Henderson and Georginio Wijnaldum each has plenty to recommend them, but they struggled to challenge Real once the La Liga side imposed their pace on the match.

Naby Keita finally arrives from Red Bull Leipzig this summer and will likely line up alongside Fabinho. Alex Oxlade-Chamberlain provides another option, but Klopp is still in the market for a midfielder, so the centre of the park should have a very different look next season. It is an area where Liverpool need to be much more dynamic and mobile.

The front three have been the clear catalyst for Anfield’s fine year. Salah, Roberto Firmino and Sadio Mane produced thrilling, joyous football, with their work-rate and appetite nothing short of incredible. They peaked as a unit a month too early, however, never quite recovering their zest after the 5-2 rout of Roma in April. Klopp must find a way to keep them fresh until the last ball is kicked in a season.

When he needed to replace Salah in Kiev, the paucity of options on the bench was clear to the 50-year-old. Liverpool’s squad is thin, especially up front. The point was emphasised when Klopp’s team were chasing the game in the final moments. Needing goals, Dominic Solanke was the only striker available and the 20-year-old remained seated as time dribbled away. There was no one among Liverpool’s substitutes who could make life difficult for Real.

With a deeper squad, Klopp will have more tactical flexibility. His team have been at their most effective when they dictate the tempo of games. They excel in chaotic matches in which opponents are unnerved by Liverpool’s speed. When things slow down and good teams impose their own pattern on proceedings, as Real did in Kiev, belief slips away.

Rival managers are already working on how to take the sting out of Liverpool’s front three; therefore, Klopp needs to be more creative with his strategies and more adaptable when games begin to get away from his team.

The charge to Kiev showed what Liverpool are capable of achieving, though the final itself also unearthed the weaknesses that have the potential to stop them reaching the heights that appear to be within arm’s reach. Much work needs to be carried out this summer if Liverpool want a quick return to the Champions League final.