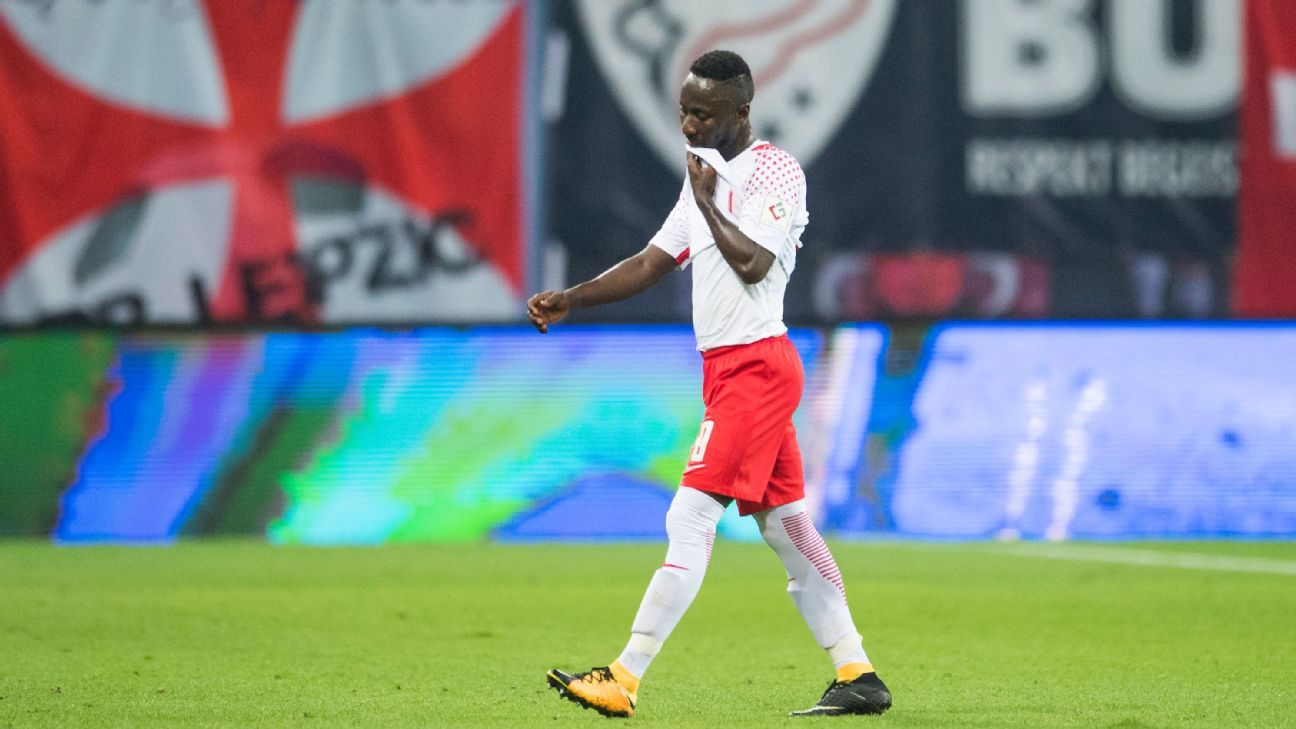 
As Bayern Munich’s Robert Lewandowski broke away on the counter, and stormed over the halfway line on the left side of the pitch, RB Leipzig midfielder Naby Keita grabbed the striker’s jersey. The Poland international fell to the ground. His teammates raised their arms, waiting on referee Felix Zwayer’s decision. It came quick, and it was inevitable.

With Keita already in the book for a foul in the first half, Zwayer followed the rule book and issued a second caution. After some complaining, Keita went off for an early shower. It was the third time in only 39 days the future Liverpool player was sent off the pitch, following one sending off each in the league and for Guinea during the last international break.

While Leipzig took the lead a few minutes later, their pressing game collapsed under their numerical disadvantage. Following Thiago Alcantara’s equaliser, there was not much Leipzig had left to offer as they took the game to penalties, where they ultimately lost.

The question remains: What has happened to Naby Keita?

Having signed a deal in August that will take him to Liverpool for €55 million next summer, Keita has been singled out as one of the bad boys of the Bundesliga this term. Have things changed since putting pen to paper on his Anfield move?

However, Keita always escaped sanctions in his first season in the Bundesliga. After joining from Leipzig’s sister club Salzburg in 2016, it took the 22-year-old a few matches to adapt to life in Germany’s top tier. It finally clicked for him when he scored a brace in a 3-1 win against Werder Bremen in mid-October.

Playing in a central role, constantly pressuring for the ball, and distributing it, Keita’s game changed. He became more robust, became more physical, trying to defend himself against constant attacks by taking the fight to the opponents. It came as no surprise that when announcing his true arrival in the Bundesliga against Bremen, Keita also saw his first yellow card in Germany. But while adding a further seven cautions to his record that term, Keita was never sent off.

“He needed time to get accustomed with Bundesliga, and became much more aggressive,” Ulli Kroemer, who covers RB for Mitteldeutsche Zeitung, tells ESPN FC of Keita’s first season. “He fouled a lot, but also was fouled a lot.”

Yet, within only a handful matches this season, his aggression has led to three dismissals. Against Borussia Monchengladbach on Sept. 16, a kung-fu kick on midfielder Christoph Kramer ended his match after 83 minutes. Three weeks later, Keita opened the scoring for Guinea against Tunisia, but was given his marching orders in injury time as his country fell to a 4-1 home defeat.

In between those two games, during the Sept. 26 Champions League match at Besiktas, he went into the book early and was substituted after 59 minutes. When Leipzig beat Dortmund 3-2 on Oct. 14, RB coach Ralph Hasenhuttl withdrew him at half-time. Already booked, Keita narrowly escaped a first-half red card for a foul in that game. On Wednesday, against Bayern, he did not escape.

And in preseason, as talk of his Liverpool move increased but before the deal was announced, Keita injured his teammate Diego Demme in training in what appeared to be a retaliatory move.

“He did not look happy in the summer,” Kroemer says. “His transfer was blocked by RB, and especially in the training camp he did look frustrated. But that has been settled.”

Instead, those close to Leipzig believe that an unhealthy mix of inexperience, bad decision-making and reputation have led to Keita’s recent troubles.

“He still needs to learn to make the right decisions when already booked,” Kromer says, and Schafer adds: “He’s a wonderful player. But he gets fouled often, and emotions get in his way. He sometimes wants too much, and needs to be more moderate.”

As is often the case, a player who has been sent off comes under closer scrutiny when they return from suspension, and those with a reputation find it difficult to shake.

“The referees believe that he is a very, very tough player. Which he isn’t,” Leipzig attacker Yussuf Poulsen told reporters on Wednesday. “But the referees look at him differently now following his red cards. He has this reputation now. And there’s not much he can do about it. Maybe we as a team have to help him. He’s on the receiving end a lot.”

Liverpool fans will hope that Keita gets his disciplinary issues in order before he arrives at Anfield next summer.