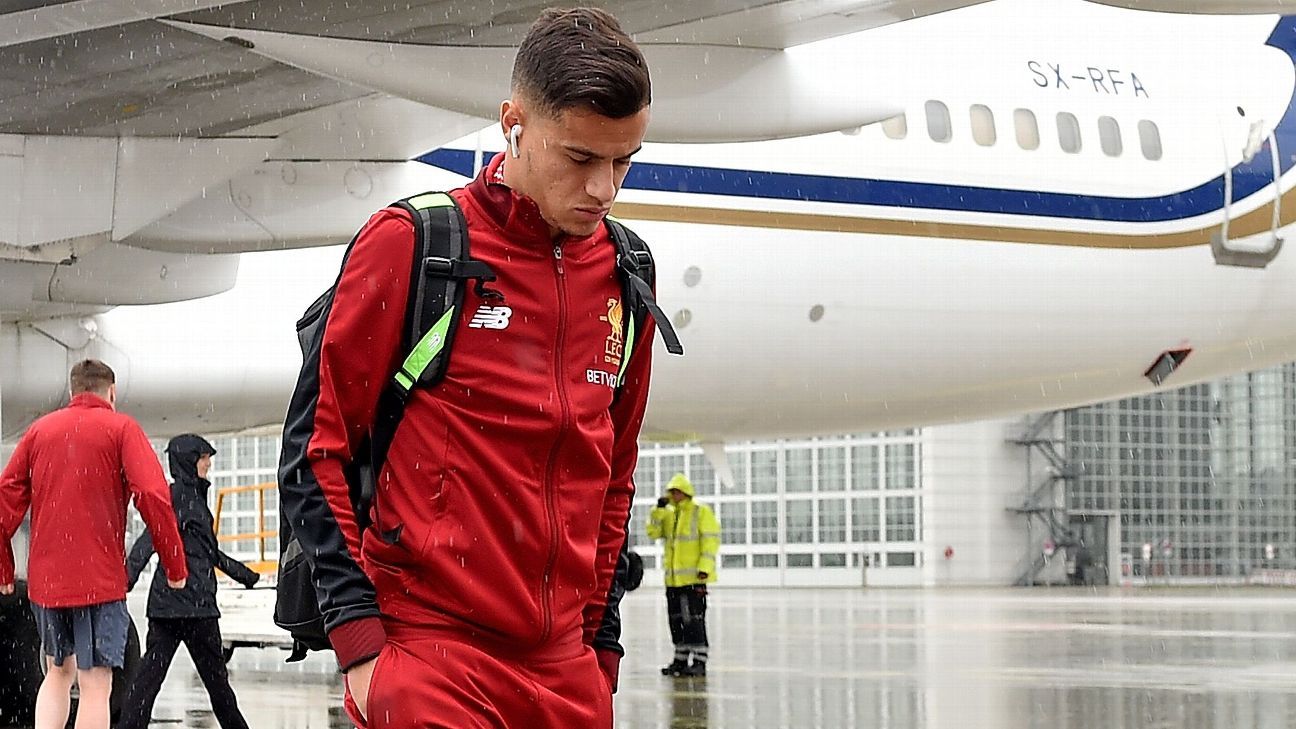 
Liverpool boss Jurgen Klopp will not be drawn into a war of words over the future of Philippe Coutinho as Barcelona continue to try and force through a move.

Coutinho, 25, has not played for Liverpool yet this season after Barca came in for the Brazil international, with ESPN FC sources revealing that three bids have already been rebuffed, the latest being worth a total of £118 million.

The player has handed in a transfer request, but Klopp insists he is ready to welcome him back into his squad.

“We all have our own problems. If we think we have to do something, we do it. In this moment I would have preferred we finished our business six weeks ago. Let all the rest of the world do what they do. It’s getting more and more different and difficult.

“I don’t judge what other clubs are doing. I am not sure there was one easy day since we started preseason. Always something changes.

“All the discussions about Phil and then in the same moment Adam Lallana gets injured. It was like ‘what?’ I don’t think anyone can expect that we are prepared for this. The team have handled it all brilliantly so far.”

Barca are set to spend almost half the €222m they received from Neymar’s move to Paris Saint-Germain after agreeing terms with Borussia Dortmund for Ousmane Dembele.