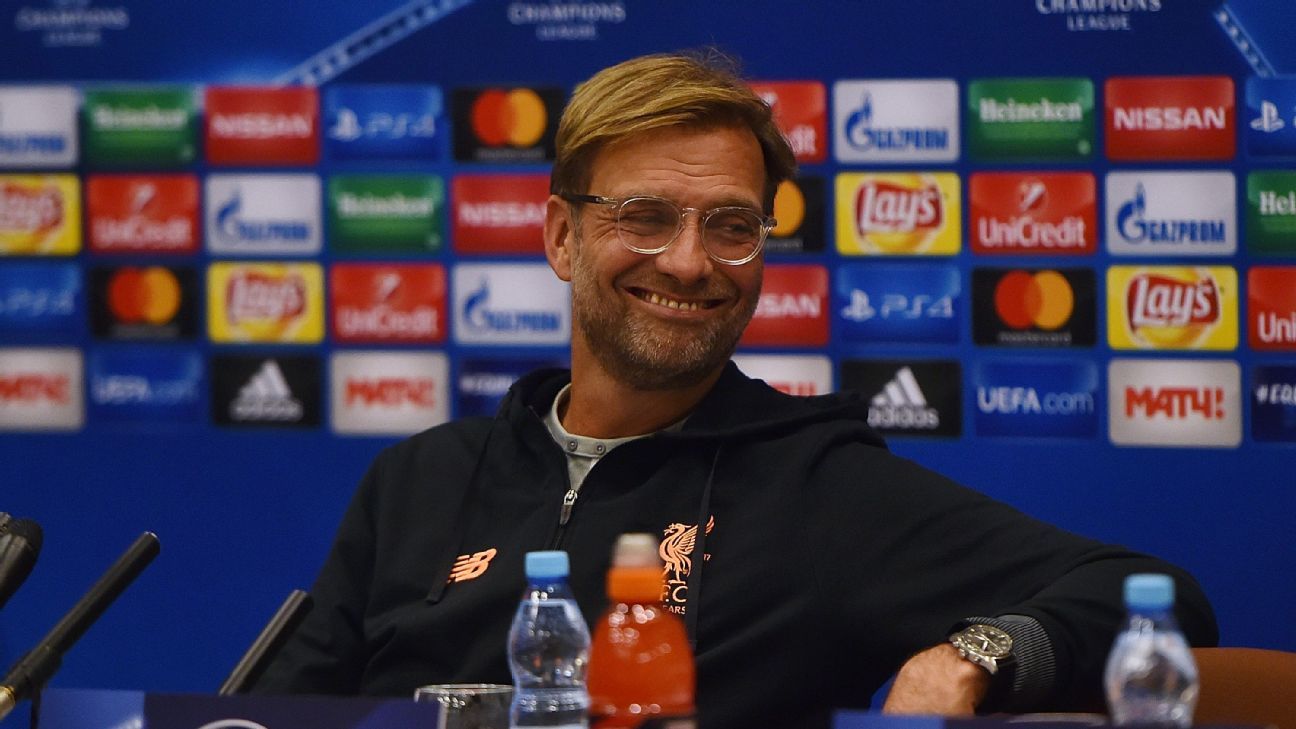 
Eccentric (and late) translators, questions from out of nowhere, parting gifts and a little Moscow humour. It’s all part of another day in the life of manager Jurgen Klopp during his trip to the Russian capital for his Liverpool side’s Champions League match against Spartak Moscow.

Yes, his Reds struggled on the pitch, wasting some golden chances to beat their hosts in a match that ended in a 1-1 draw, but things were arguably more challenging before and after the match in his news conferences with local journalists.

First, a Russian translator at Monday’s prematch presser interrupted Klopp, misunderstood his answers, and was so unfamiliar with players’ names that she had to ask Klopp to spell them.

Eventually, the German manager said there was simply no need to translate a quirky inquiry about whether he was “in love with” any of his players, saying it was “just an English thing.”

After Liverpool were held to said disappointing draw, Klopp had another translator supplied by Spartak — but not quite as soon as he would have liked.

By the time the new interpreter arrived, Klopp had been chatting for two minutes with reporters in English only, baffling the many Russians in attendance.

The translator tried to make up for his late arrival with a highly detailed rendition of Klopp’s next answer, recited at such pace that Russian reporters burst out laughing.

Then one local reporter came up to the stage to hand Klopp a T-shirt, part of an initiative by the Russian soccer federation to welcome foreign teams and fans.

His patience tested, Klopp asked: “Are you from the funny channel in Moscow?”

Surely Klopp pulled it off diplomatically with his self-assured charm and wit, but it’s an equally sure bet he was happy to be back on the plane flying home after a few harrowing days on the pitch and off.