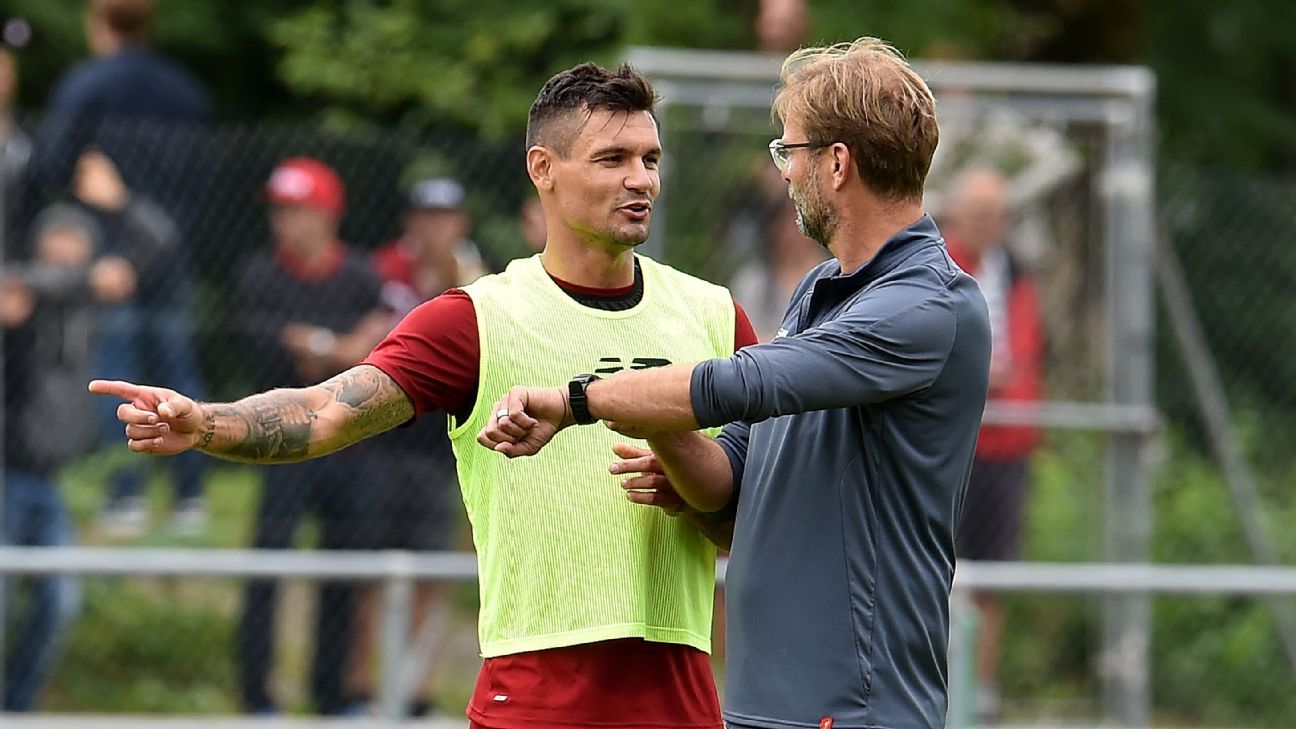 
Jurgen Klopp has said he is happy with Liverpool’s current defensive options and will not “force” it if they cannot land their priority targets.

Liverpool had been keen to sign Southampton centre-back Virgil van Dijk earlier in the summer but then publicly abandoned their pursuit after being reported to the Premier League for tapping the player up.

Speculation persists that Van Dijk remains their primary target, though, and Klopp said there were few players on the market who could improve on their current centre-back options.

“Look out there and tell me five that would make us stronger. Five. Then you win a prize,” Klopp said. “It’s difficult how it is.

“We have four. I don’t think we need more. In the moment I’m fine. We are open until Aug. 31. We cannot force the things and we would never get a centre back ‘just because.’

“We have the need, we have some, but you don’t take any. It doesn’t work. I don’t see it [the defence] as a concern.”

He added: “I’m happy. You can imagine we are still working on different things and we will see if it works. I am already here to work with this squad and not just always thinking ‘but if we don’t get this or this.’ Let’s wait until Aug. 31. Then we will talk about it.”

Klopp said after the 3-1 friendly win over Athletic Bilbao that preseason has given Liverpool “new players” without having to make further moves in the transfer window.

Liverpool had also been expected to replace Alberto Moreno, with Napoli making a bid for the former Sevilla left-back, but Klopp highlighted the 25-year-old’s development over the course of the summer as an indication of how the squad could be improved from within.

“What I said is the truth,” he said. “There is all this talking about signings and then you see Alberto Moreno — what a preseason. You saw it. He has matured 100 percent.”