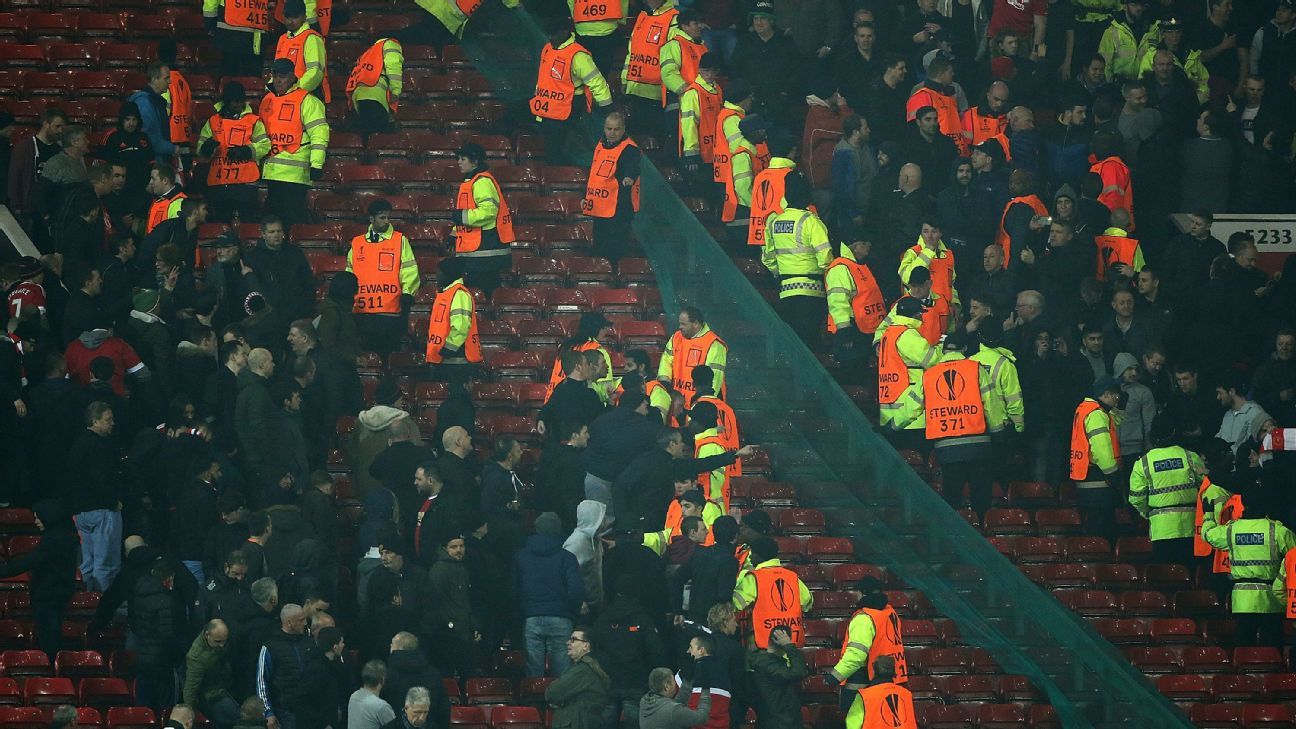 
Liverpool and Manchester United will play in Moscow on successive nights next month after English football’s greatest rivals were paired to face Spartak and CSKA respectively in the group stages of the Champions League.

United will play against CSKA on Sept. 27, just 24 hours after Liverpool take on Russian champions Spartak in the Spartak Arena.

Rival fans of the Russian clubs could also be traveling through Manchester Airport at about the same time for their games in England on Dec. 5-6.

Liverpool and United, who have won the European Cup and Champions League eight times between them, met in the Europa League during the 2015-16 campaign — a tie won by Liverpool which was marred by disturbances between rival supporters before and after the two legs.

While the standout tie of the group stage for the Premier League clubs will be Tottenham’s meeting with Gareth Bale and Real Madrid — Chelsea will also face Diego Costa’s favoured destination, Atletico Madrid — the fixture schedule threatens to be a challenge, particularly for Spurs and Chelsea.

Mauricio Pochettino’s team face Real at Wembley on Oct. 18, just four days before hosting Liverpool, while they travel to Old Trafford on Oct 28 before facing Real in the Bernabeu on Nov. 1.

Chelsea must endure a 6,000-mile round-trip to Baku to face Azerbaijan champions Qarabag on Nov. 22 before returning to face Liverpool at Anfield the following weekend.

Manchester City also have to negotiate a long trip to Ukraine, for their encounter with Shakhtar Donetsk in Kharkiv on Dec. 6, in the days leading up to their derby clash with United at Old Trafford.

United, meanwhile, have been given a favourable run of fixtures before and after their Champions League ties.

Jose Mourinho’s men are at home in the Premier League after two Champions League away days, with a trip to nearby Huddersfield Town falling immediately after the group encounter with Benfica in Lisbon.