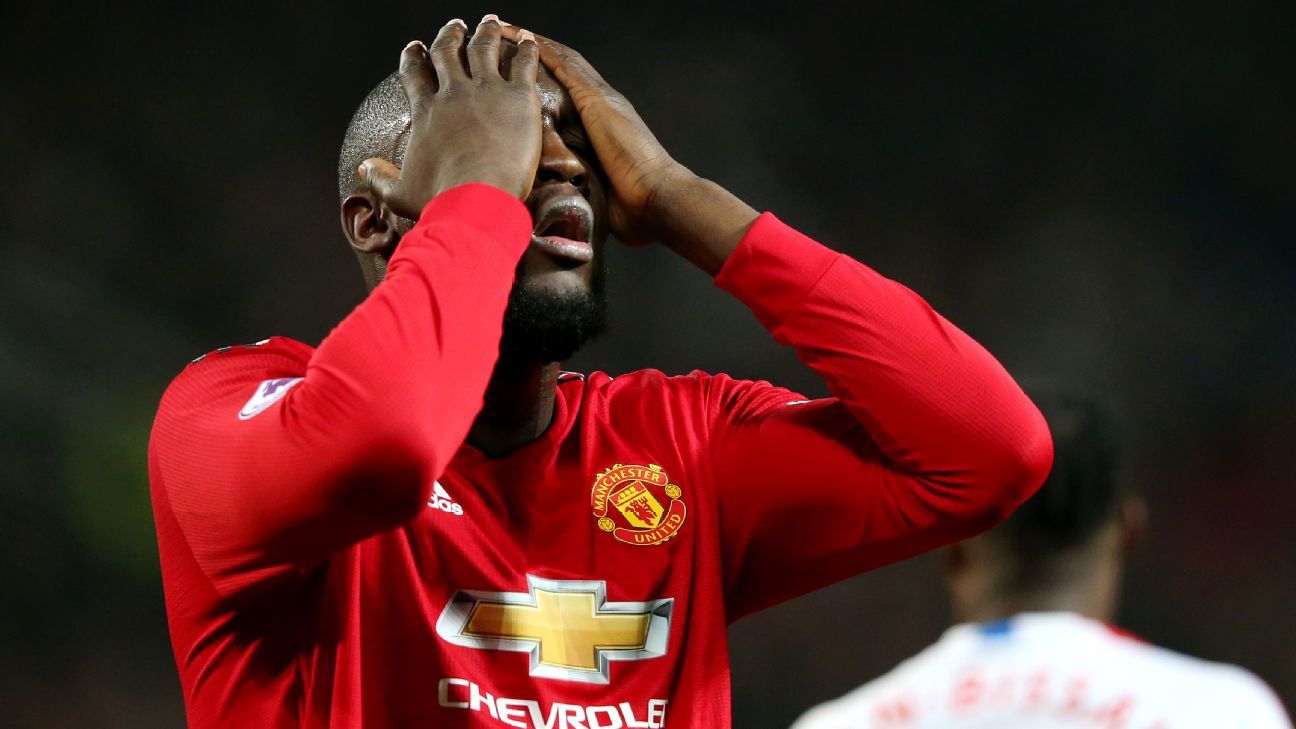 Despite Jose Mourinho’s claims that Manchester United won’t sell anyone in January, The Sun assert that Romelu Lukaku wants to leave the club. The Belgian striker, who joined the Red Devils from Everton for £75 million in 2017, is reportedly frustrated with life in Manchester and is considering his future.

The 25-year-old was dropped for the 2-2 draw with Arsenal on Wednesday, despite ending his scoring duck against Southampton last week, and has struggled this season, finding the net just five times in 14 Premier League games after notching 27 in all competitions during the 2017-18 campaign.

The paper insists that Lukaku “has joined fellow big-money signings Paul Pogba and Alexis Sanchez in growing frustrated under boss Jose Mourinho” so there’s only one option left.

12.30 GMT: Real Madrid coach Santiago Solari has said he would not stand in the way of Keylor Navas should the Costa Rica goalkeeper decide to leave the Bernabeu in search of first-team football.

11.40 GMT: River Plate president Rodolfo D’Onofrio has had a lot on his mind recently but spoke to Marca about a range of topics, one of them being the possible transfer of Exequiel Palacios to Real Madrid.

“The economic differences between Real Madrid and River are very large,” he said. “It’s very difficult to retain a player, but history tells us that the player sees a future opportunity and we can’t cut his career. The club can’t be closed and must open themselves up to negotiation. That a player from River goes to Madrid is also prestigious for River.”

10.55 GMT: Divock Origi and Daniel Sturridge are reportedly on the radar of AC Milan, according to the Italian media. Milan, though, have been linked with almost every player in existence over previous weeks and one imagines that if they land Zlatan Ibrahimovic then Origi and Sturridge might be a little lower on their wishlist.

10.20 GMT: Manchester United might want to be aiming a little higher but have been linked with 18-year-old Bristol City striker Antoine Semenyo, currently on loan at Newport County in League Two. He has scored five times in 24 appearances, and the Daily Express reports that United scouts are watching him.

09.55 GMT: Wolves have impressed in the Premier League, and so has Mexico striker Raul Jimenez. The problem is that he’s on loan from Benfica, but Wolves aim to solve that problem by breaking their transfer record to pay £34m for the 27-year-old, according to O Jogo.

As De Telegraaf reported yesterday, PSG are now the favoured destination for the 21-year-old Ajax midfielder. But sources have told ESPN that the Dutchman’s desire to move to Paris comes from the fact he knows he would play a lot there — more than at Barcelona or Man City, for example.

Ajax have set a price of €75m for De Jong, but PSG are keen to negotiate a deal closer to €60m given their FFP concerns. The French club are likely to lose Adrien Rabiot in the summer on a free transfer and De Jong would be a perfect replacement, so they are trying to tie him down as soon as possible.

Pep Guardiola has ruled out the possibility of Manchester City signing Chelsea star Eden Hazard. As per the Evening Standard, Guardiola remains an admirer of the Belgian but does not see him lining up for the Premier League champions.

“That is not going to happen,” Guardiola said ahead of City’s Saturday evening clash with the Blues.

Hazard, however, continues to be linked with a move away from Stamford Bridge. Real Madrid are believed to be interested in the 27-year-old, and although there remains a possibility that the winger will end up in the Spanish capital, the chances of him joining Guardiola’s talent-rich ranks at the Etihad are slim.

Contrary to the Sun’s story about Romelu Lukaku, Mourinho says not one of his Manchester United players has expressed a desire to leave the club during the January transfer window. According to a report by the Manchester Evening News, the Portuguese boss has dismissed speculation that several first-team figures will depart Old Trafford next month.

In recent weeks, some of United’s most high-profile players, including Paul Pogba and Alexis Sanchez, have been linked with moves away after growing disillusioned with life under the former Chelsea manager.

Andreas Pereira, Anthony Martial, Matteo Darmian, Phil Jones, Chris Smalling and Antonio Valencia are also edging closer to the exit door, with their contracts due to expire next summer.

Despite losing Rob Holding for the rest of the season, the Gunners cannot recall Calum Chambers from his loan spell at Fulham.

According to a report by the Evening Standard, there is no clause in Chambers’ loan deal with the Cottagers that could make him a solution to Unai Emery’s escalating injury crisis.

Konstantinos Mavrapanos and Nacho Monreal are also injured, while Laurent Koscielny will not be rushed back into action as he nears a return following a nine-month layoff with an Achilles problem.

Nuno Espirito Santo’s side are expected to sign the Mexican striker from Benfica on a permanent basis for an eye-popping £33m. The 27-year-old has scored four goals and contributed four assists since joining Wolves on loan from the Primeira Liga side in the summer, including the equalising strike in the midweek win over Chelsea at Molineux.

The Manchester United right-back is being linked with a surprise move to the Hammers. The 33-year-old has struggled for fitness this season, making just four Premier League appearances, and with the Ecuadorian out of contract next summer, West Ham may look to snap the defender up on a free transfer.

The Istanbul giants have been linked with a shock swoop for West Ham’s perennially injured target man. Carroll, who only had his first taste of action this season in the Hammers’ 3-1 win over Cardiff on Tuesday night, fits Gala’s brief for an affordable striker who can bolster the attack following Bafetimbi Gomis’ move to Al-Hilal in the summer.

The West Ham defender has emerged as a target for the La Liga strugglers. Los Che are keen to dip into the winter market after a tough start to the season which sees them languishing down in 14th in the table. Although they have conceded only 11 goals in 14 games — eight fewer than pacesetters Barcelona — head coach Marcelino is targeting reinforcements at the back as he looks to haul the six-time Spanish champions back up the standings.

The Chinese Super League side have reportedly set their sights on the Brazilian striker. Malcom has endured a difficult start to life at Barcelona following his summer switch from Bordeaux. The Catalan club paid £36.5m to seal Malcom’s signature ahead of Roma in the summer, but the forward has struggled to adapt to his new surroundings.