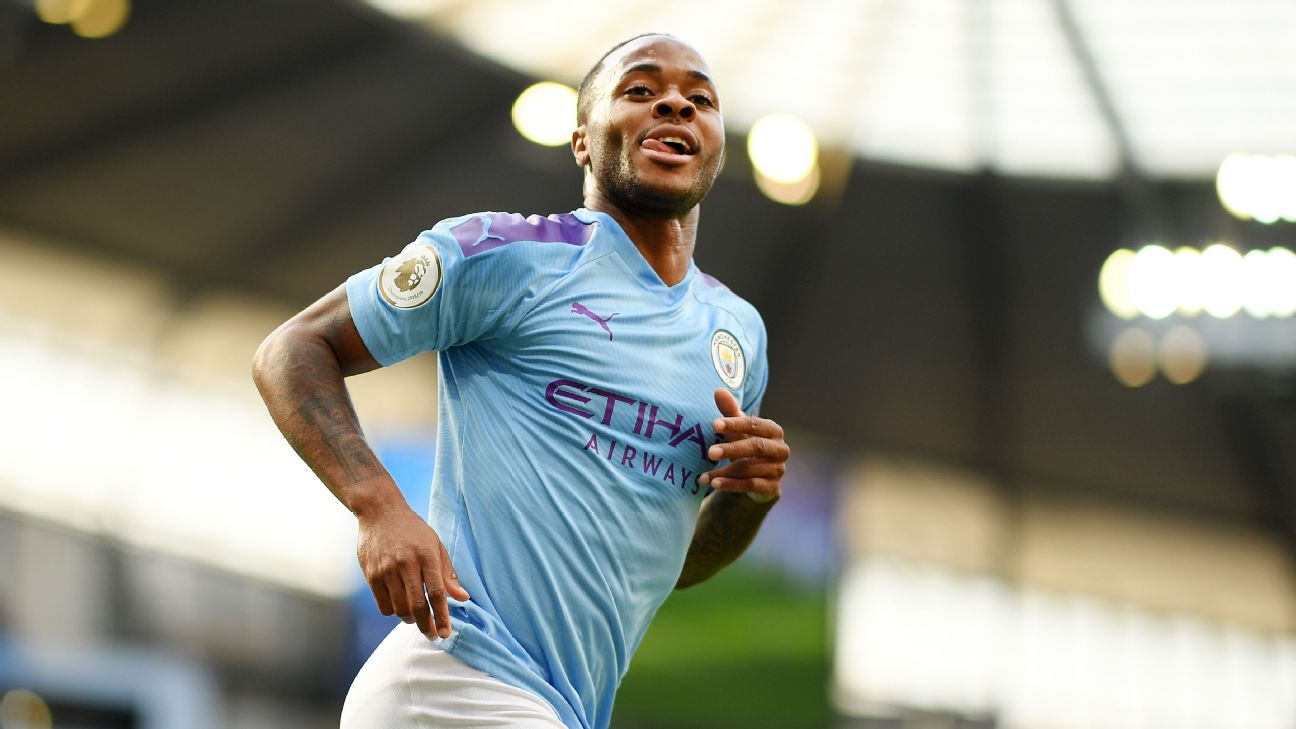 The transfer windows in Europe’s top leagues are closed, but it’s never too late to look forward to January! Click here to view the latest transfers, and keep up to date with the newest gossip below.

Real Madrid have been sniffing around PSG’s Neymar and Kylian Mbappe in the hope of landing their next Galactico, but could it be Manchester City forward Raheem Sterling?

This might be the first time that Sterling’s name has turned up in Transfer Talk this summer, given the 24-year-old England international’s clear importance to City.

However, Real have money in the bank and a monster bid could turn Sterling’s head, according to Mundo Deportivo.

The forward is clearly happy in Manchester and playing some of the best football of his career under Pep Guardiola, so why he would want to swap that for Madrid is anyone’s guess. But the lure of Real has proved strong before.

08.47 BST: Sergio Ramos claims Real Madrid can sort out his contract extension “in five minutes” if they are willing to do so.

The Real Madrid captain was included for the 10th time in his career in FIFA’s World XI along with club teammates Marcelo, Eden Hazard and Luka Modric and the defender, who is tied to Los Blancos until June 2021, attended the award ceremony in Milan.

“There’s no Ramos case,” he reportedly told Onda Cero radio. “I’m contracted to Real Madrid and I have one and a half years left on my contract. If they want to sort it out, in five minutes it can be done.”

08.00 BST: Manchester United have made contact with Paul Pogba‘s representatives over a new contract for the midfielder, The Times reports.

Pogba’s deal has two years left to run, while United have an option to extend that stay by a further year.

According to The Times, United have opened preliminary talks over a new contract that would likely bump up his current £144,000-a-week wage, which is bolstered by $6.5m in image rights and loyalty payments over the course of the deal.

Reports at Calciomercato claim AC Milan have become the latest club to register an interest in PSV Eindhoven forward Donyell Malen, but the Rossoneri hierarchy have reportedly raised eyebrows at the Dutch side’s €30 million valuation.

Initial talks are believed to have already taken place between the Serie A giants and the player’s agent, Mino Raiola, and the 20-year-old is rumoured to open to a move to the San Siro.

However, with Milan under pressure to balance the books as the club fights huge debts, the asking price may force them to look elsewhere for cheaper targets.

Malen is one of Europe’s hottest properties after a lightning start to the season, scoring 11 goals in just 14 games across three competitions, and his form has already alerted the likes of Liverpool and Arsenal.

Arsenal manager Unai Emery was able to spend heavily in the summer transfer window despite reports of a tight budget, but an interview by Bloomberg with Gunners managing director Vinai Venkatesham suggests fans won’t be seeing as much money splashed on their side in the January window.

Venkatesham suggested that his club treated the close season as their “most strategic” period for squad investment, and outlined that they preferred to do the majority of their business during the summer, while pursuing a reactive approach in January in case of long-term injuries.

Arsenal spent around £130m on four senior players during the summer, including the £72m signing of Nicolas Pepe and the £25m capture of Celtic’s Kieran Tierney, despite widespread claims that a lack of Champions League football would heavily hamper their spending plans.

It is now reported, however, that the north Londoners will hold the purse strings tight for the rest of the campaign.

Juventus to keep tabs on target during Serie A clash

A string of Serie A clubs are keeping tabs on Brescia midfielder Sandro Tonali, and Calciomercato claims Juventus will keeping a close eye on the player when the two sides meet in the league in midweek.

The likes of Juve, AC Milan and Roma are all believed to hold the 19-year-old in high regard, and reports claim the Italy Under-21 international is set to be one of the most courted midfielders in Europe in the coming months.

Tonali was one of Brescia’s key players as his side won promotion to the Italian top flight after winning Serie B last year, and a steady start to life in Serie A has seen his stock rise further.

Maurizio Sarri’s side are preparing to take a closer look at the midfielder when the Bianconeri head east to face Brescia on Tuesday night.

– Calciomercato claims Parma will look to complete the permanent signing of Napoli loanee Roberto Inglese at the end of the season, but must fight off competition from Atalanta, as well as clubs in Germany, for the 27-year-old’s signature. The striker has scored 10 goals in 27 outings for his temporary employers.

– Brazilian side Gremio are set to slap a huge asking price on prized asset Everton in an attempt to fend off interest from Arsenal and AC Milan, according to Calciomercato. The 23-year-old is set to sign a new contract with a release clause of €80m.

– Stuttgart have reportedly blocked the proposed sale of midfielder Santiago Ascacibar to Estudiantes. The 22-year-old had looked set to return to his boyhood club after becoming unsettled in Germany, but now looks set to stay in the Bundesliga, although the Argentine transfer window remains open.