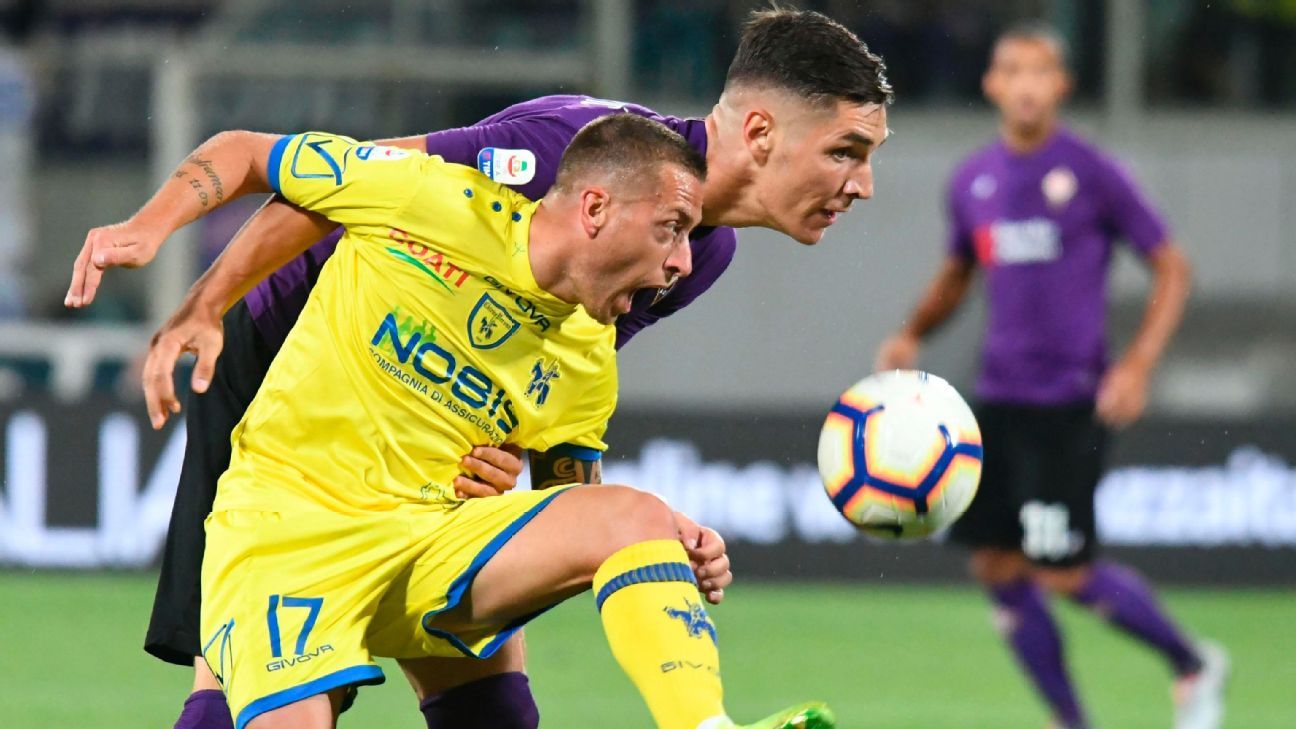 TOP STORY: No Mourinho, no problem for Milenkovic

Jose Mourinho wanted a defender and Manchester United are still looking to sign one even though the Special One has moved on.

Nikola Milenkovic is on the club’s short list with or without Mourinho, and Italian newspaper La Repubblica claim that the Fiorentina centre-back’s agent is trying to get a deal done over the festive period.

Valued at £45 million (€50m) by the Serie A club, Milenkovic won’t come cheap though. So there had better be a good bit of Christmas spirit if the transfer is to be sorted out.

15.51 GMT: Well that didn’t take long. AC Milan boss Gennaro Gattuso is in danger of losing his job as the club drew 0-0 with next-to-bottom Frosinone and Calciomercato reckon he’s a goner if they can’t beat SPAL at the weekend.

If that happens, former Arsenal boss Arsene Wenger and ex-Milan (as well as a host of other top clubs) manager Fabio Capello are on the shortlist.

15.25 GMT: Juventus may now have a free run at the signing of Ajax central defender Matthijs de Ligt as Calciomercato report Barcelona have ended their interest.

13.45 GMT: Former Inter Milan and Manchester City right-back Maicon is still playing and has begun a new chapter in the Brazilian second tier.

The 37-year-old former Brazil international has joined Criciuma in Serie B.

12.30 GMT: Arsenal fans have been getting excited with Valladolid defender, and reported transfer target, Fernando Calero, posting an image of himself in London over Christmas period.

Of course, with the winter break, it’s likely has just been enjoying some time off in the English capital — but who knows?

11.50 GMT: Watford have a huge battle on their hands to keep hold of Abdoulaye Doucoure if reports in The Sun are to be believed, with claims Everton, Arsenal and PSG are interested in the Frenchman.

11.15 GMT: The transfer window opens on January 1 and offers football clubs everywhere a little retail therapy. Though many teams in the Premier League might be panic-buying, instead.

Ian Darke has ranked the best buys of the summer and assessed who could be the top movers in the coming window. Read it here.

10.39 GMT: On a season-long loan from Real Madrid, Mateo Kovacic has said he can imagine himself staying with Chelsea for a longer term.

The Croatia international, who has impressed under Maurizio Sarri this season, said: “I need to respect my previous club, Real Madrid. I can imagine myself staying here, but I have a contract I need to respect, and that is what I will do.”

09.50 GMT: On Sunday we reported that Radja Nainggolan was suspended by Inter Milan for their crucial Serie A clash with Napoli. Now, it is being claimed in Italy that Nainggolan is looking to escape Inter and return to former club Roma. Things are never boring when he is around.

09.05 GMT: Christmas Day is done but Transfer Talk is not. We’re one day closer to the January transfer window sales starting and some can’t even wait that long, it would seem. Celtic are said to have signed U.S. phenom Timothy Weah on loan from Paris Saint-Germain.

Celtic have stuttered since the departure of Moussa Dembele to Lyon in the summer so maybe Weah, 18, who will join on loan, will help them have a happy new year and clinch an eighth successive Scottish Premiership title.

Zaha to become one of the world’s best-paid players in China?

Former Real Madrid player and manager Bernd Schuster is in charge of the club but even Real struggle to pay their players that much! The papers says: “The package would be worth around three times his current contract, under which he is reported to earn £130,000 a week.”

Agent Arthur to tempt Neymar back to Barcelona

Neymar left Barcelona to join PSG in the summer of 2017 for a mere €222m, but now he apparently wants to go back. Barca midfielder and Brazil starlet Arthur is front and centre in the ‘keep asking him until he gives in’ plan.

“Personally, I’m doing a lot of work to get him back,” he told Mundo Deportivo. “But he has his life, he knows what he’s doing and I do not know how deep those negotiations are, if there are options for him to come or not. But he is a personal friend and a professional that I admire a lot and would be very happy if he could come back here.”

By all accounts, Neymar won’t need that much persuasion as AS claim the forward’s agents are “constantly calling” Barcelona to try to get their client a return to Camp Nou. The paper also says he can leave for “just” €160m (£143m) in 2020.

Fernando Calero has revealed he is in London, which of course means he’s going to sign for Arsenal (the club he’s been linked most with) and not just there on holiday.

The 23-year-old Real Valladolid defender should realise in the world of football that you can never just innocently post pictures of your trip on social media.

– Rangers striker Alfredo Morelos was the subject of a £10m bid from Chinese side Beijing Renhe at the start of the year and will likely be the subject of more interest in January. But manager Steven Gerrard doesn’t want to sell. “I’m not resistant to bids,” said the Rangers boss. “But I won’t have his head turned in January, that’s simple. He won’t be going anywhere. The player knows what I think on that situation.”

– United States phenom Timothy Weah will leave Paris Saint-Germain to spend the next six months on loan, the 18-year-old announced on Christmas Day. And he is reported to be on his way to Celtic.

– That moment you kick yourself when it’s revealed Liverpool could have signed Virgil van Dijk three years before they did for £75m. Still, at least they did in the end.