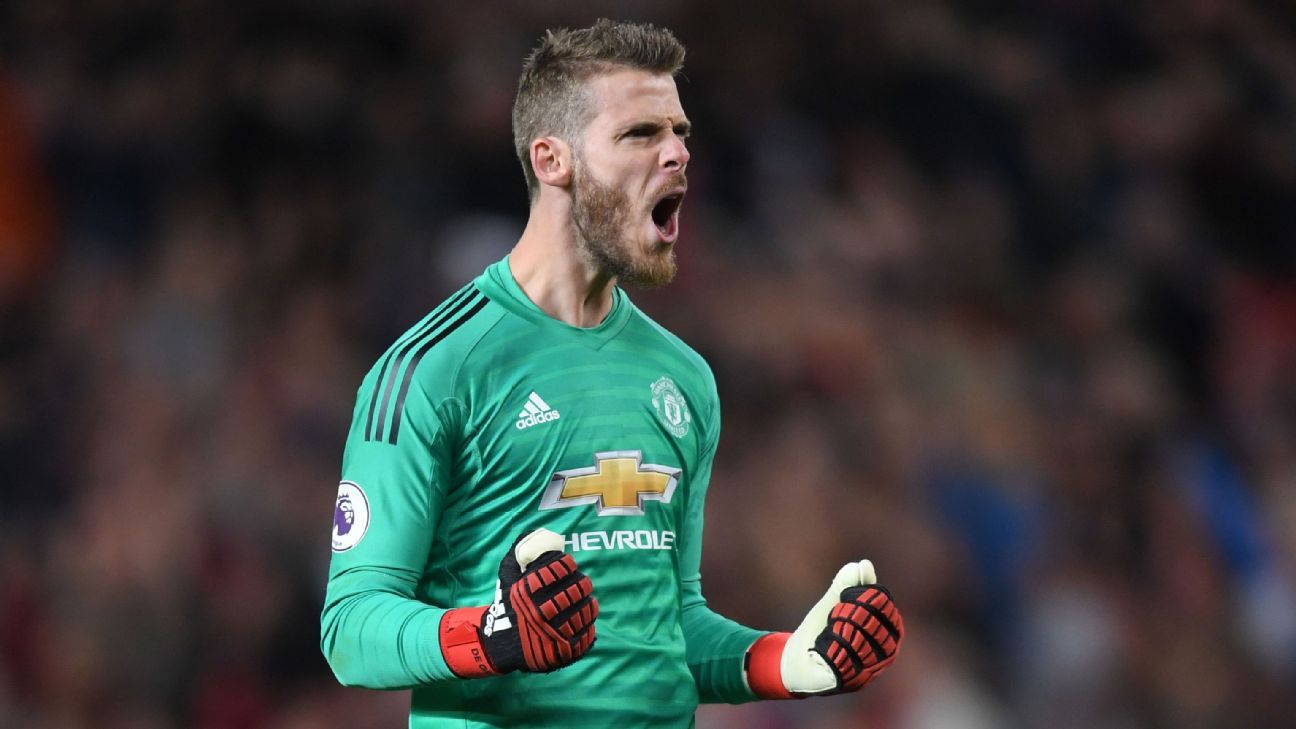 Paris Saint-Germain want Manchester United’s David De Gea and will make him the best-paid goalkeeper in the world, according to the Mail.

Spain international De Gea is out of contract at Old Trafford at the end of the season and the Mail says he “has been stalling on a new deal.”

It reports that PSG will offer £300,000 a week and adds that the French champions can “get around financial fair play restrictions by selling Neymar to Real Madrid and building their team around Kylian Mbappe.”

The report comes amid frustration in United’s attempts to tie De Gea to new terms, with PSG “now the clear front-runners and able to sign a pre-contract agreement with him in January.”

It means United boss Jose Mourinho could now increase his focus on a move for Everton and England keeper Jordan Pickford.

Meanwhile, the Mirror says Mourinho is set to move for West Ham’s Marko Arnautovic. The Portuguese boss is ready to pay £50 million for Arnautovic, with reports suggesting the Austria international would consider a move from the London Stadium.

But United could wait until the summer in their pursuit of Roma midfielder Lorenzo Pellegrini, the Mirror adds, because they can activate a £26.5m release clause in his contract once the season ends.

16.40 GMT: Barcelona left-back Jordi Alba has said it is “strange” that the club have still not offered him a new deal but stressed it remains his intention to finish his career at Camp Nou.

Alba, 29, is out of contract in 2020 and talks have not yet begun over new terms despite Barca’s former director of football Raul Sanllehi, now at Arsenal, promising him a new deal over two years ago.

“[There’s] no renewal news, it’s something which is still there,” he told reporters after Barca’s draw with Atletico Madrid on Saturday, confirming what sources had told ESPN FC last week. “I don’t know what the club think of me, it’s a bit strange because there’s not long left [on my contract]. My intention is to end my career here. Let’s see.”

Hakimi only moved to the Westfalenstadion on a two-year loan deal in July, but after an impressive start to the season, Dortmund are planning to sign him outright.

“Dear Paco Alcacer, welcome to Borussia Dortmund,” Watze said, at the club’s general meeting. “We hope to do the same with Achraf Hakimi, but it will not be easy.”

14.45 GMT: Paul Pogba has been linked with leaving Manchester United for a while, with former Juventus the most likely destination.

However, the Sunday Mirror reports that Juve’s Serie A rivals Inter Milan are willing to make a huge move for the France midfielder.

Inter are apparently willing to offer cash plus defender Milan Skriniar AND winger Ivan Perisic — a long-time Old Trafford target — in a deal that would be worth around £200m.

13.00 GMT: Everton could be ready to give Gabriel Barbosa — better known as “Gabigol” — another crack at football in Europe, if reports in TuttoMercatoWeb are to be believed.

The Brazilian endured a difficult 2016-17 campaign with Inter Milan, but has rediscovered his goal scoring form during a loan spell with Santos.

11.50 GMT: Napoli defender Kalidou Koulibaly has been linked with interest from Manchester United recently, and the Sunday Mirror reports that he could move to Old Trafford as early as January.

According to the paper, the Senegal international could cost United as much as £89m.

10.45 GMT: Arsenal have been watching the progress of England under-21 international defender Ezri Konsa.

The Sun On Sunday reports that the Brentford player, who only joined the Championship club from third-tier Charlton in June for £2.85m, has been identified as a Premier League prospect by Arsenal’s scouting team.

09.30 GMT: Manchester United are finally set to offer Juan Mata a new contract, according to the Daily Star Sunday.

Mata’s current deal expires next summer, and with Atletico Madrid interesting in signing the Spanish midfielder in January United will offer the 30-year-old a new three-year deal.

Paper Talk (by Chris Borg): Chelsea and Arsenal set to battle for Pereira

Stand by for a tussle between Chelsea and Arsenal, with United’s Andreas Pereira the target, according to the Mirror.

It says United “are ready to cash in” on Brazil international Pereira despite having an option to extend his contract — which expires in the summer — by 12 months.

The midfielder, signed for United by Louis van Gaal, has attracted interest from Monaco, Inter and Valencia, for whom he played on loan last season.

But Chelsea and Arsenal are the leaders in the race for the 22-year-old because he “has his heart set on staying in England.”

Arsenal are reported to see Pereira as an “ideal” signing, while Chelsea are considering a move as they prepare for a number of January outgoings.

Pereira — who has struggled for playing time since being taken off at half-time in United’s early-season defeat at Brighton — would likely cost around £10m, augmented by add-ons.

– Rangers manager Steven Gerrard is interested in bringing forward Dominic Solanke to Ibrox on loan from his old club Liverpool, but TalkSport reports that there is “no chance” of that happening.

It says sources have revealed that Solanke is “not even close” to a temporary switch to Ibrox, but adds that Crystal Palace could yet look at a loan deal.

– Wolverhampton Wanderers want Monaco winger Keita Balde amid reports that his loan at Inter Milan could be cut short, according to the Birmingham Mail .

Wolves are likely to face competition from West Ham for Balde, who scored twice in Saturday’s 3-0 win over Frosinone.