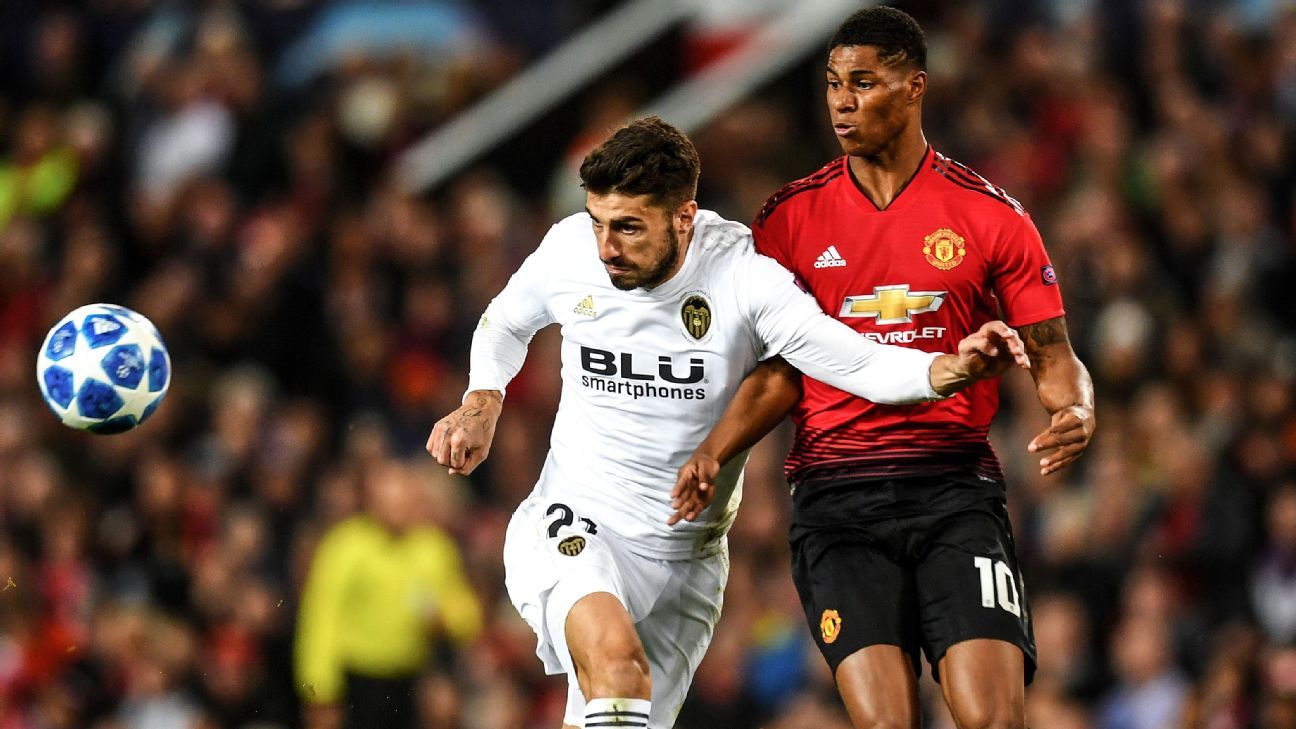 After ruling out a move for Zlatan Ibrahimovic, AC Milan could turn their attention to Manchester United’s Marcus Rashford, according to La Gazzetta dello Sport.

Milan technical director Leonardo said at the weekend that although the club would not be looking to bring back Ibrahimovic they were in the hunt for a forward and a midfielder.

Rashford, who has started just half of United’s Premier League games this season, has emerged as a candidate although Sampdoria’s Fabio Quagliarella, out of contract in the summer, is considered Milan’s No. 1 choice.

13.00 GMT: Brazil legend Ronaldo has confirmed a pre-agreement with Independiente Del Valle for Stiven Plaza to become his first signing since taking over at Valladolid, Marca reports.

12.15 GMT: Barcelona could make a move for Manchester City defender Vincent Kompany if he opts to leave the Etihad Stadium in the summer, according to the Sun.

It reports that, with Kompany out of contract in July and “only initial talks over an extension at this stage,” Barca are “interested in bringing him to the Nou Camp to add some added experience and steel to their back four.”

11.30 GMT: Franck Ribery will leave Bayern Munich at the end of the season, sporting director Hasan Salihamidzic indicated on Tuesday.

“The president [Uli Hoeness] talked about it [the possibility of Ribery leaving], and I think it will be like that. It’s a year of changes,” Salihamidzic told reporters.

11.00 GMT: Arsenal are considering a January move for Real Valladolid defender Fernando Calero, according to reports in Spain. The Gunners will be without Rob Holding for the rest of the season because of a knee injury.

10.15 GMT: Galatasaray have had an offer to sign Liverpool striker Divock Origi on loan turned down because the Premier League club want him to stay nearer England, a source has told ESPN FC.

Belgium international Origi, who scored a late winner in the Merseyside derby against Everton earlier this month, is likely to leave on loan after struggling for first-team opportunities.

09.45 GMT: River Plate playmaker Juan Fernando Quintero is reportedly considering a return to Europe in January. Quintero is on a season-long loan at River from Porto but does not want to return to the Portuguese club, Marca Colombia reports.

09.00 GMT: Chelsea’s Eden Hazard has again spoken of his admiration for Real Madrid, telling RMC Sport he has “always liked Real Madrid as a club, with or without [Zinedine] Zidane,” and adding: “At the end of this year I have one year left on my Chelsea contract. We will see, it’ll be up to me to make the decision.”

Despite already boasting an array of midfield talent, Juventus are rumoured to be considering a move for Wolves star Ruben Neves, according to Calciomercato.

The 21-year-old, represented by Jorge Mendes, is also being looked at by Manchester City and Manchester United — but the Old Lady might have the upper hand given their excellent relationship with the agent, having signed Ronaldo and Joao Cancelo.

Neves cost Wolves £15.8 million from Porto last summer and would represent an exciting signing for Juve as they chase the Champions League title.

With his Chelsea contract set to expire next summer, Cesc Fabregas is high on AC Milan’s transfer list, according to the London Evening Standard.

The Spaniard has fallen down the Stamford Bridge pecking order after the arrival of Jorginho and is free to negotiate with overseas clubs in January.

Milan sporting director Leonardo is an admirer of the 31-year-old.

After leading Atlanta United to MLS Cup glory on Saturday, Miguel Almiron is reportedly close to signing for Newcastle, the Newcastle Chronicle reports.

The Paraguay attacking midfielder, who has 13 goals and 13 assists this season, will only leave the champions if a “serious offer” arrives, according to club president Darren Eales.

It is believed a £25m fee could tempt the American side to part with their prized asset, and the player’s father confirmed that Newcastle are at the front of the queue for his son’s signature.

“He will definitely go to England, what’s left to be decided is to what club, but Newcastle is the one with the advantage,” Ruben Almiron said.

Spurs look to pip United in race for Man

Tottenham are hoping to beat Manchester United in the race to sign Romania attacking midfielder Dennis Man, the Sun reports.

The 20-year-old has seven goals in 22 matches this season for FCSB — previously known as Steaua Bucharest — and has also attracted interest from Roma and Fenerbahce.

The Turkish club had hoped to secure their Man with a £2.5m offer, but owner Gigi Becali values the player at 10 times that amount.

Liverpool are reportedly eager to add Borussia Monchengladbach’s Thorgan Hazard and could be willing to trigger his £26m release clause. The 25-year-old has 11 goals and seven assists in all competitions this season.

After missing out in the summer, AC Milan are ready to make a move for Chelsea forward Alvaro Morata. The 26-year-old Spain striker signed for the Stamford Bridge club for £59m last summer but has just 16 goals in 45 Premier League outings.

AC Milan attacking midfielder Suso is said to be attracting interest from his former club Liverpool, four years after swapping Anfield for the San Siro. The 25-year-old is the leading assist-maker in Europe, along with Lionel Messi and Eden Hazard, having set up teammates eight times, and could cost around £36m.

Marseille are rumoured to be eyeing up a new left-back and have their sights set on Arsenal’s Nacho Monreal. The 32-year-old Spaniard has suffered from injury this season and, with his contract expiring in the summer, Marseille could bag a New Year bargain.

Veteran forward Fabio Quagliarella has been in fine form for Sampdoria this season and is reportedly high on AC Milan’s transfer list. The Rossoneri are interested in signing the 35-year-old on an initial loan deal with an option to purchase.