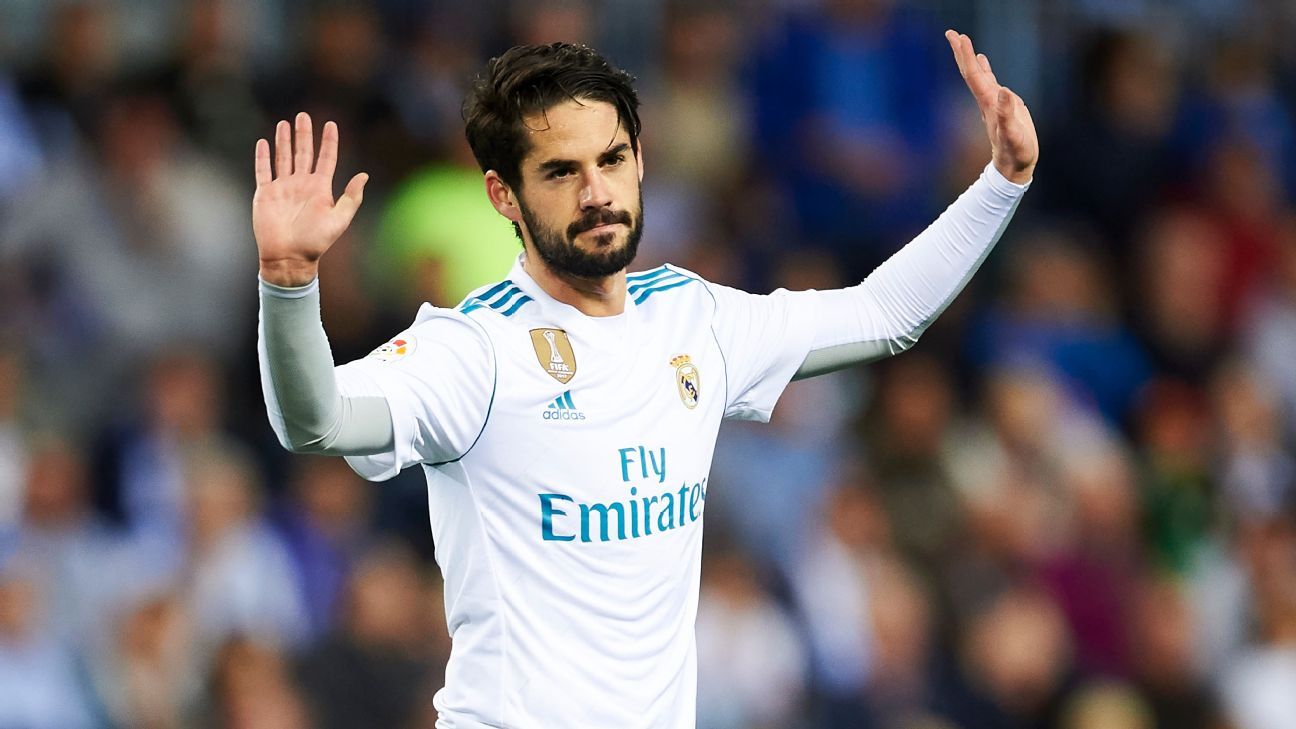 Manchester City boss Pep Guardiola is set to try his luck with Real Madrid in the hope of luring Isco away from the Spanish capital.

Mundo Deportivo claims that City, who have had interest in Isco before, are monitoring the Spaniard’s situation intently at the moment. The 26-year-old has played just 36 minutes in Santiago Solari’s four games in charge of Los Blancos and has a known admirer in Guardiola.

Isco has two goals in 12 games this season for Madrid but is a world-class talent that any club would welcome with open arms. Could the rich get richer? The rest of the Premier League probably hopes not.

09.00 GMT: Arsenal are reportedly keeping an eye on Poland teenager Sebastian Walukiewicz. The 18-year-old defender plays for Pogon Szczecin and has been tipped to break into the senior national team soon. Football.London says that Barcelona are also keen.

Christian Pulisic is an angry young man, but perhaps his mood would be lightened by a move to Chelsea?

The Dortmund midfielder is one of the most sought-after talents in the game and, at only 20, has plenty of years left to grow and become one of the best in the world. However, his contract expires in 2020 and Dortmund may wish to cash in on him.

Enter Chelsea, says the Daily Mail. With the Blues reportedly keen to tie up a deal in January before the threat of a transfer ban from FIFA over “alleged recruitment of under-age players” can be considered.

Could the long-long-rumoured reunion of ex-Liverpool teammates Steven Gerrard and Martin Skrtel come to fruition in January?

CNN Turkey claims that Rangers have not given up in their pursuit of the Fenerbahce defender. The 33-year-old Slovakian played eight seasons alongside Gerrard at Anfield and would provide a veteran influence and a defensive boost to a club that is hoping to knock Celtic off their perch atop the Scottish Premier League.

This one was rumoured all summer long, so we’ll see if Gerrard can get a deal over the line this January.

Inter set to join the fray for PSG’s Rabiot

PSG midfielder Adrien Rabiot has been rumoured to be moving away from Parc des Princes since the summer, with Barcelona and Arsenal two of the most tipped destinations.

According to Tuttosport, ex-Juventus sporting director Beppe Marotta could prove the decisive factor in Rabiot’s next club. Marotta, who is reportedly set to take over at Inter in January, is keen on the French maestro and views him as a perfect fit in Luciano Spalletti’s 4-3-3 formation.

The 23-year-old’s contract is set to run out at the end of this season and Rabiot is free to negotiate with other clubs regarding a summer move, with Barcelona, Milan and Juventus also keen on signing him.

– MLS star Maxi Urruti could be headed back to Argentina. Newell’s Old Boys vice-president Cristian D’Amico confirmed to Argentine paper El Ciudadano that Newell’s are set to talk about reacquiring the 27-year-old forward.

After Germany’s 3-0 win over Russia, Kimmich told reporters “I cannot buy him, but Kai Havertz is a player who would suit us well.”

Bayern could use some midfield help with injuries to Corentin Tolisso and Kingsley Coman and due to the fact the six-time reigning Bundesliga champions currently trail Borussia Dortmund by seven points.