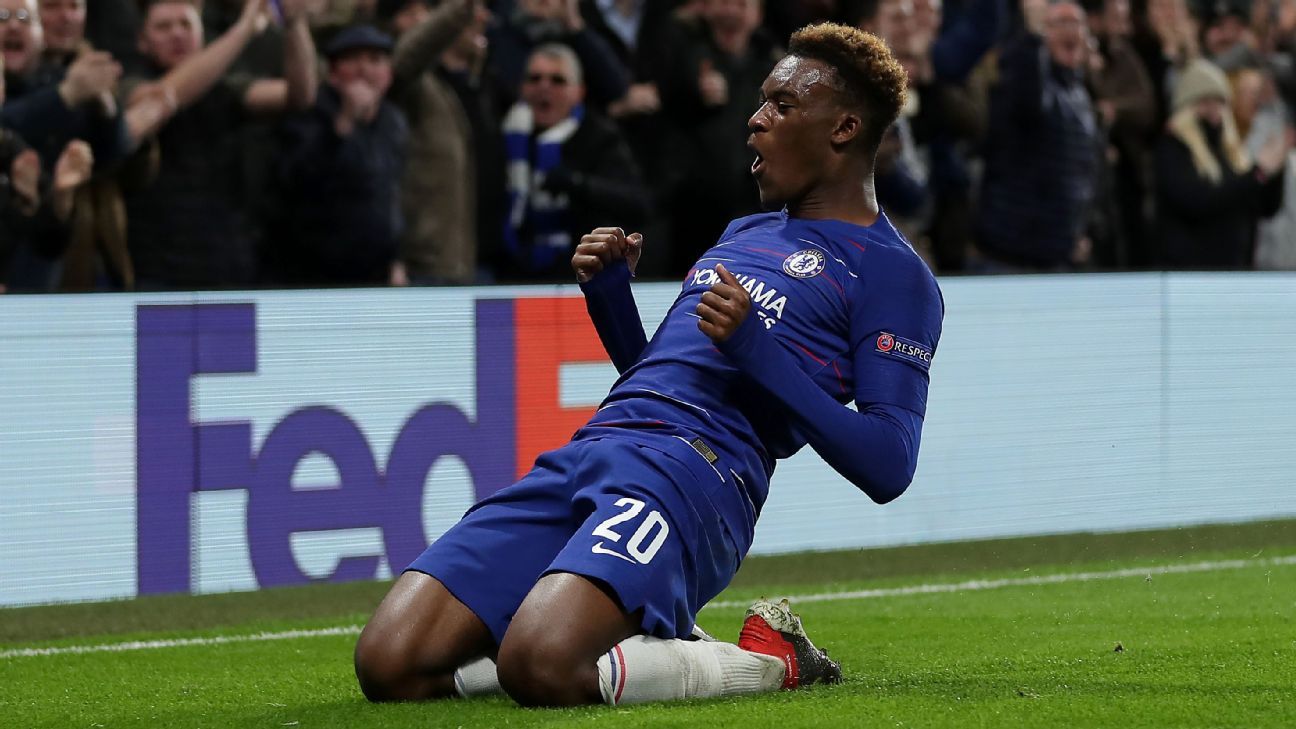 Chelsea winger Callum Hudson-Odoi has been linked with a move to Bayern Munich for the past month, but the England under-19 international could yet move to a club closer to home.

German outlet Bild reports that Premier League leaders Liverpool have entered the race to sign the 18-year-old, who is out of contract this summer.

Despite Bayern confirming last week that they are in talks with Chelsea over singing Hudson-Odoi, Bild reports that Liverpool have made a late offer and have met with the player.

Whether Hudson-Odoi is convinced  that he would see any more of the first-team football he craves at Anfield or the Allianz Arena than he does at Stamford Bridge is likely to be the key to settling his future.

08.40 GMT: Barcelona have threatened Denis Suarez that they will leave him out of the team if he does not sign a new contract or accept an offer from Sevilla or Betis, according to Cadena SER.

The 25-year-old midfielder is tied to Barca until June 2020 and negotiations over a new contract are reportedly at a stalemate. Suarez wants to join Arsenal on loan and Barca would only accept that if the player signs a one-year contract extension.

Both Real Betis and Sevilla are keen to acquire the player on a permanent transfer this month and would be willing to pay Barca €20m. However, the Spaniard is keen to move to the Premier League.

Suarez has scored four goals in nine appearances for Barca but has yet to start in La Liga for the Catalan giants.

Manchester United look set to miss out on one of their transfer targets, as €100 million-rated Milan Skriniar has declared he will not be leaving Inter Milan.

The 23-year-old was one of the centre-backs United were eyeing up, but Thursday’s back page of Tuttosport carries quotes from the Slovakia international claiming he will not be leaving the club any time soon.

The ex-Sampdoria man says, “I’m staying,” before adding that he is confident Inter will be successful moving forward after a few difficult years.

There were reports in recent days claiming the move was off, but Corriere dello Sport believes Matteo Darmian is destined for Juventus.

Darmian has found himself out of favour at Manchester United of late, and Juve and Inter Milan have been battling it out for his signature. Earlier this week it was reported both clubs had pulled out of the move due to United’s asking price, which was in the region of €12m.

But Corriere dello Sport’s back page on Thursday says Juve are set to land the versatile Italy defender, who joined United in 2015.

It wasn’t that long ago that he was being linked with a move to some of the world’s biggest clubs, but now striker Andrea Belotti is a target for West Ham United.

When Belotti scored 28 goals in 38 games in all competitions during the 2016-17 campaign he was the talk of the town and was being eyed up by pretty much every European powerhouse. However, that form has dropped off considerably of late, with 13 goals in 35 games last season and then nine in 22 this time around.

Still, that hasn’t stopped admiring glances from West Ham, with Tuttosport claiming they are ready to “push forward” with a move for the 20-cap Italy international.

Belotti is not the only forward West Ham are keen on though, with Marko Arnautovic keen to depart. The Daily Mail claims they have gone back in for Maxi Gomez.

The Hammers were sweet on the Uruguay international in the summer but reportedly balked at the asking price. But with Arnautovic linked with a big-money move to China, the Mail reports the nine-cap Uruguay forward is back on their radar.

The 22-year-old has scored 27 goals in 58 games for Celta Vigo, and assisted on 10 more, since he signed from Defensor Sporting Club in 2017.

Inter Milan are ready to spend big with the €35m signing of Udinese star Rodrigo de Paul, according to Corriere dello Sport.

But the publication also understands that Inter will have to wait until July to land the Argentine, with the 24-year-old integral to Udinese’s chances of staying up.

De Paul has bagged six league goals and set up another three this season, which considering the Zebrette have scored only 17 means he has contributed to more than half of their Serie A goals this season.

Corriere dello Sport claims a deal worth between €30m and €35m has already been struck between the clubs, though, regardless of which division the Pozzo-owned club ends up in.

The Chelsea wide man’s departure was inevitable this month, it seemed, but at the start of January Fenerbahce seemed an unlikely destination. However, reports claim the Nigeria international has had a medical with the Turkish side ahead of a loan move.

Chelsea had been hopeful of signing the 24-year-old Argentine earlier this month, but it seems PSG have got there first with their €40m offer for the Zenit St. Petersburg midfielder.

Newcastle United were hoping they could lure Atletico Madrid winger Martins to the club on loan, but it appears as though Monaco have stolen a march when it comes to the 23-year-old Portugal international.

Crystal Palace’s talented winger is being eyed up by the German side a replacement for Chelsea-bound Christian Pulisic. Zaha won’t come cheap, and Dortmund are said to be considering a club record €50m offer for the 26-year-old.