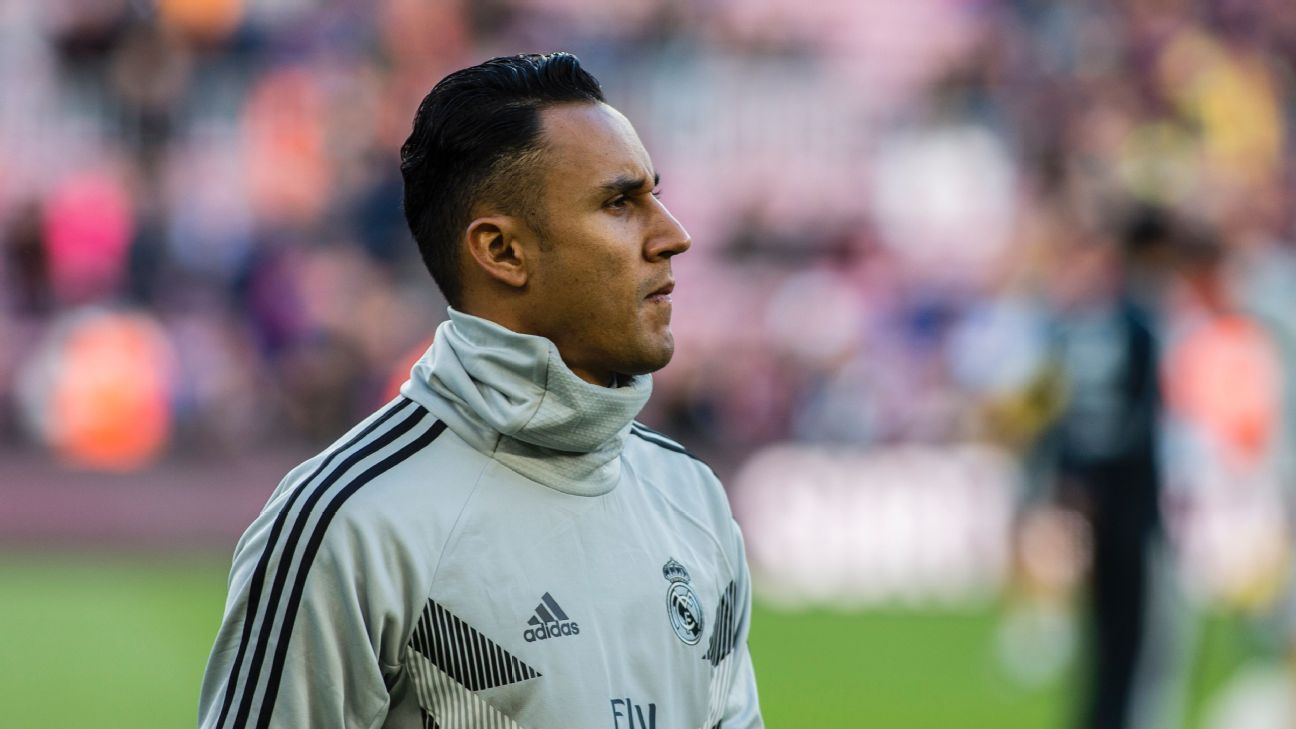 The 31-year-old Costa Rica international has never seemed to receive the proper respect at Madrid and would likely be viewed as an upgrade on Wojciech Szczesny, who is under fire again after Juve’s 2-1 loss to Manchester United on Wednesday. Navas has been a serial winner at Madrid, adding a La Liga crown, a Supercopa title and UEFA Super Cup title to his trophy case.

16.25 GMT: France Football claimed that Juan Mata was looking for a return to Valencia at the end of the season, but the Manchester United midfielder isn’t keen to leave England just yet.

“I am very happy in England, my contract is up in the summer, and I’m in talks with Manchester United in order to see what happens,” he told El Transistor.

15.05 GMT: We’re positively bursting with West Ham news today as Sport Mediaset claim the Hammers have made an offer for Gabigol.

No, that’s not a footwear brand, it’s Gabriel Barbosa, who is on loan at Santos from Inter Milan. The 22-year-old needs to kickstart his career in Europe again after it stalled in Italy, so where better than London?

14.36 GMT: Inter defender Andrea Ranocchia doesn’t look like he’ll be getting a new deal at San Siro, say Tuttomercatoweb. That means Watford may be keen to seal a deal before he becomes a free agent in the summer.

14.24 GMT: Remember Samir Nasri? He used to play for Arsenal and Man City before he was banned for 18 months after receiving an intravenous drip in 2016. And now, the Mirror say, he could be on his way to West Ham to join up with Jack Wilshere and former boss Manuel Pellegrini.

13.02 GMT: Club Brugge forward Cyril Ngonge has been attracting the interest of Arsenal and Liverpool, says the Mirror. The 18-year-old “is seen as one of Belgium’s brightest young talents and the two Premier League giants have been watching his progress” apparently.

12.13 GMT: Sevilla are monitoring the situation of Alberto Moreno as the Liverpool left-back’s contract runs down, sources have told ESPN FC.

11.58 GMT: Liverpool are chasing a 6-foot-3 striker who is “lethal in front of goal” and “ideal for the Premier League” according to Sport.

That player is Mallorca centre-forward Victor de Baunbag. Oh, he’s only 18 and will never get a game at Anfield. Moving on…

11.06 GMT: Manchester United midfielder Fred could have been playing on the other side of the city, but told FourFourTwo his decision to snub a £52m move to Pep Guardiola’s side last summer was down to Jose Mourinho.

“I received an offer from them [City] and even talked to my Brazilian teammates who play for our neighbours,” he said. “They were trying to convince me to join them, but in the end it didn’t happen. Then it was the summer and, as I said, there were other offers, including from United. I quickly decided that was the right move for me.

“Mourinho is a top, top professional and every player likes to work with such a winner. I’m learning things from him, that’s for sure. He can be quite strict, but that’s part of his job. He’s also friendly and funny off the pitch, and jokes with us in the dressing room. Jose was crucial in my decision to join Manchester United and I’m grateful for his interest in my football.”

10.22 GMT: Celta Vigo forward Iago Aspas has said that Real Madrid were keen to sign him last summer before choosing to re-sign Mariano.

09.20 GMT: Fulham manager Slavisa Jokanovic is under pressure with the club bottom of the league, and may be replaced by coach Scott Parker in what would be his first managerial job, according to the Daily Telegraph.

08.42 GMT: Atletico Madrid star Antoine Griezmann has expressed his desire to play for David Beckham’s MLS expansion club on multiple occasions during the past few months, and Beckham has told ESPN he is open to bringing the World Cup winner to South Florida.

08.15 GMT: Talks between Inter Milan and Milan Skriniar over a contract extension are progressing with both sides confident an agreement will soon be reached, sources close to the Serie A club and player have told ESPN FC.

Skriniar, 23, is contracted to the Nerazzurri until 2022, but negotiations are underway over an extension to that agreement. The Slovakia defender has been a mainstay of the Inter defence since joining from Sampdoria in the summer of 2017. He did not miss a minute of their 38 Serie A games last season, in which he scored four goals, and has played nine of their 11 league fixtures so far this season.

Arsenal to bid for Ramires