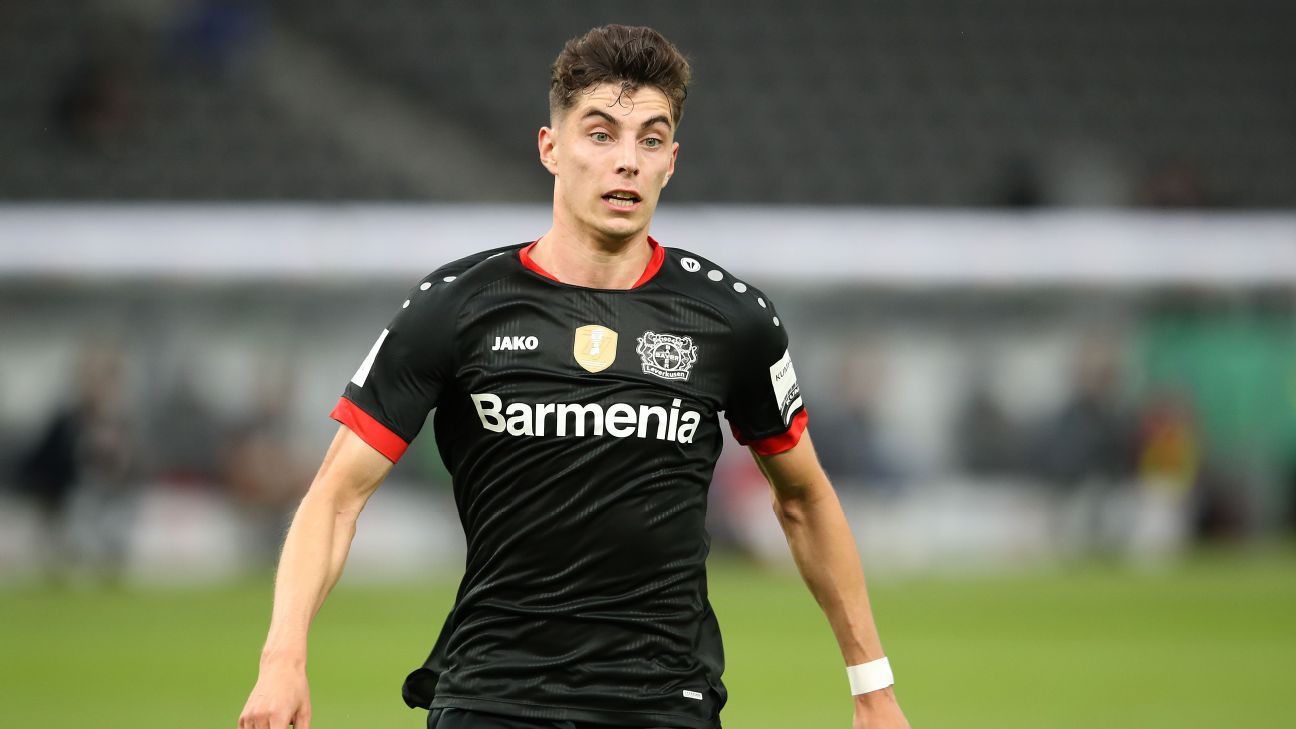 Chelsea have been known admirers of Bayer Leverkusen prodigy Kai Havertz for months, and finally, the Times reports that the West London club have agreed a fee to get a deal over the line.

The report states that the Blues will pay an initial £72 million for the 21-year-old midfielder, but with add-ons their total outlay could reach £90m. Which is the amount that Leverkusen have been after the whole time.

With Hakim Ziyech (£33.3m) and Timo Werner (£47.7m) already in, and a £50m move for Leicester left-back Ben Chilwell also on the verge of completion, Chelsea’s summer spending is set to crest £200m. Quite a response from a club who served a transfer ban, imposed by UEFA for breaching youth player regulations, last year.

11.30 BST: Barcelona’s Philippe Coutinho has looked likely to leave all summer … but now could he stay?

Jan Aage Fjortoft explains why Ronald Koeman and Barcelona should give Philippe Coutinho a second chance.

11.01 BST: There’s “uneasy calm” at Atletico Madrid over their chances of hanging onto goalkeeper Jan Oblak this summer, according to Marca.

Last week ESPN reported concerns at the club about losing key players such as Oblak or midfielder Thomas Partey if their release clauses are met.

Marca claims Atletico “believe that no-one can pay” the keeper’s €120m buyout, given the impact of the coronavirus pandemic on football’s finances.

The newspaper also notes, however, that the La Liga club “won’t be completely relaxed until Oct. 5” when the transfer window closes, given Chelsea’s interest in the Slovenian.

10.40 BST: Reports that Kieran Trippier is a target for Aston Villa have been picked up in the Spanish press, with both AS and Mundo Deportivo claiming the ex-Spurs man could return to the Premier League.

Trippier impressed at Atletico Madrid in his debut season in La Liga, becoming a fan favourite, although he wasn’t always first-choice for coach Diego Simeone.

AS say that “at the moment, the interest hasn’t gone further than a mere enquiry and there is no talk of a concrete offer.”

Atletico have three right-back options with Trippier, Sime Vrsaljko and Santiago Arias, and would be happy to let one go — but it’s Arias who is most likely to depart this summer.

10.17 BST: The modelling career of Luka Jovic‘s fiancee could decide where the Real Madrid striker’s future lies, according to Diario AS.

The newspaper cites reports in Italy’s Gazzetta dello Sport that Sofija Milosevic is involved in several projects in the country, making a move to Serie A — and fashion hub Milan — more likely.

AC Milan are not the only club to express an interest in Jovic this summer, with Monaco, coached by Jovic’s former manager Niko Kovac, also thought to be keen on the Serbian forward.

AS says that despite scoring just two goals since his €60m move last summer, Jovic is most likely to stay at Madrid for another year as back-up to Karim Benzema.

09.45 BST: Is Thiago Silva the kind of player that Chelsea need?

Julien Laurens explains why a move for Thiago Silva would be great for Chelsea, despite Silva’s age.

Not content with the above, and signing PSG’s Thiago Silva on a free transfer, they are looking to bring in 21-year-old former Nice defender Malang Sarr on a free too, says Telefoot.

Sarr left the French club this summer and is set to sign a four-year deal at Stamford Bridge.

The Swiss shot-stopper, 26, only made 19 competitive appearances since moving to Bundesliga from Young Boys Bern in 2017 and is now hoping to make the next step in the Eredivisie.

Ahead of the loan, Mvogo put his signature on a new contract at Leipzig which ties him to the club until 2023.

08.53 BST: Thiago Silva will sign a two-year deal for Chelsea this week after leaving Paris Saint-Germain on a free, sources have told ESPN’s Julien Laurens.

The PSG captain’s contract at the French club ran out at the end of the previous campaign but he played all the Champions League knockout matches — including in the 1-0 final defeat to Bayern Munich — but was not offered a new deal after eight years at the Parc des Princes.

The Brazil centre-back has agreed personal terms with Chelsea, although minor details are still left to sort out. He will speak to manager Frank Lampard on Monday once he is back in Paris from Lisbon.

08.00 BST: Manchester City are crunching the numbers to work out if they would be able to sign Lionel Messi without breaching Financial Fair Play rules if the Barcelona star becomes available, sources have told ESPN’s Moises Llorens and Rodrigo Faez.

City know any deal for Messi is complicated but want to be prepared should the option of bringing him arise. Therefore, they’re looking into the costs that would be involved if Barca agree to sell for a reasonable price.

Barca’s official stance is that Messi is not for sale and any interested parties will be referred to his €700m release clause.

However, ESPN revealed last week that there are some members of the board that would be open to selling the Argentina international if he continues to push for an exit and the money is reinvested in rebuilding the team.

Spanish outlet AS details how Barca’s €525m bill in total salaries is the highest in La Liga and due to a projected reduction in revenues because of the coronavirus pandemic, there is now a self-imposed strategy to reduce that amount.

The players had previously accepted a salary cut that totalled €32m during the stoppage in play earlier this year, but that appears to not have made a dent in the club’s operating costs.

In fact, Suarez has reportedly been told by new Barca coach Ronald Koeman that he won’t be part of his plans next season. As for Rakitic, the Croatian has been heavily linked with a move back to Sevilla FC.

This all comes among the talk, confirmed by ESPN sources, that Manchester City are looking at their books to see if they could possibly entice Lionel Messi to the Etihad.

Wolverhampton Wanderers are ready to pay £20m for Arsenal‘s Ainsley Maitland-Niles, according to Sky Sports.

The report suggests the clubs are in advanced talks for the versatile midfielder/full-back and that the deal would be for four years.

Arsenal are in desperate need of raising funds, and the report says Maitland-Niles won’t be part of Mikel Arteta’s plans. But Wolves boss Nuno Espirito Santo sees the England U21 youngster as the type of role player he needs in light of the potential long-term absence of defender Jonny due to an ACL injury.

The Gunners are also on the verge of a €30m deal to sign defender Gabriel Magalhaes from French side Lille, sources have previously told ESPN.

– Italian outlet Tuttosport is reporting that Everton could send former Juventus striker Moise Kean out on loan … to Juventus! The 20-year-old has failed to settle in the Premier League and now Carlo Ancelotti could be on board to let him return to Turin where he impressed before leaving the Serie A giants.

– Leicester City midfielder James Maddison has signed a new contract to extend his stay at the King Power Stadium until at least 2024, the Premier League club said on Monday. The 23-year-old playmaker has made a huge impression since joining Leicester from Norwich City in 2018, scoring 16 goals in 76 appearances across all competitions.