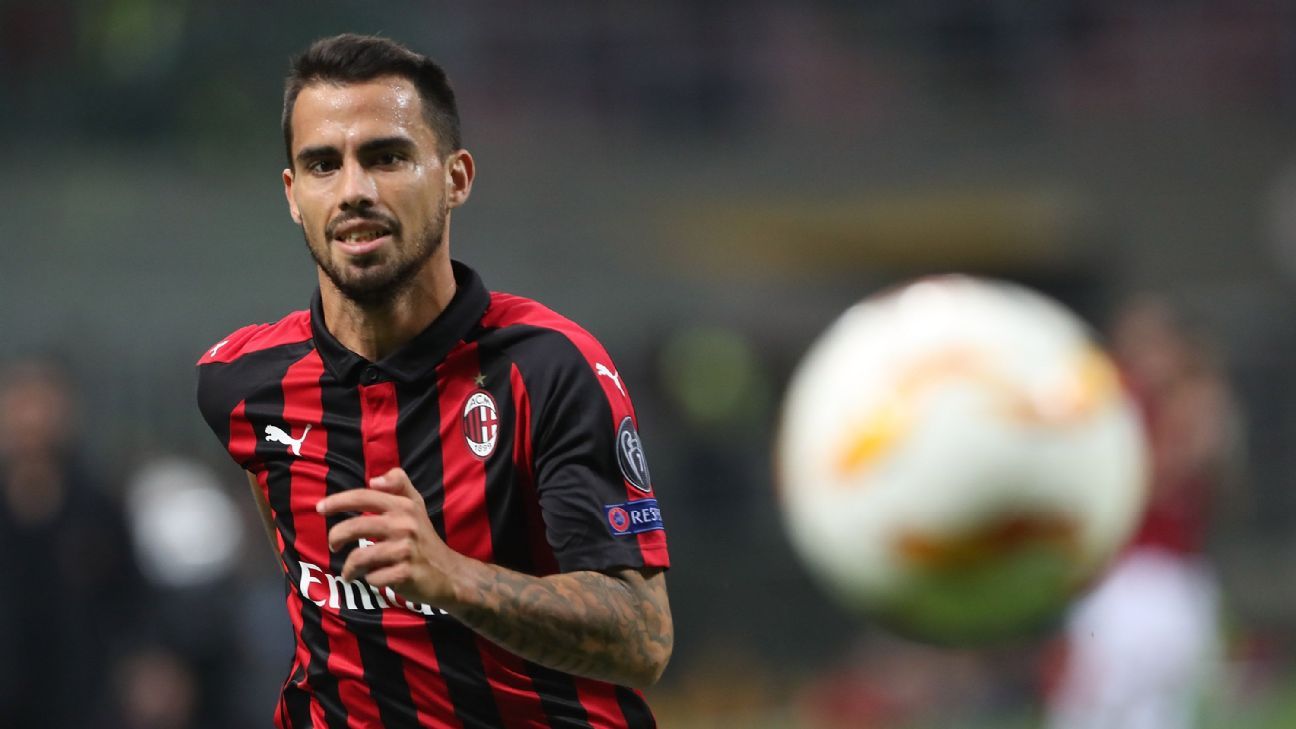 Chelsea have been linked with a big-money January move for a former Liverpool flop who has since resurrected his career in Serie A. That man is Suso, who spent three years at Anfield without ever making much headway.

However, since joining AC Milan in 2015, the Spanish playmaker has become one of the hottest properties in the Italian top flight, catching the eye of one Maurizio Sarri in the meanwhile.

Indeed, according to the Daily Star, Sarri is now giving serious consideration to triggering the £36.5 million release clause in Suso’s contract in a bid to purloin a player he deems a “perfect” fit for the system he’s implemented at Stamford Bridge.

However, Milan are unlikely to be willing to let Suso go for his clausal fee alone and are actually planning to offer the 24-year-old an improved deal that they hope will serve to ward off interest from any potential suitors.

08.58 BST: Cagliari midfielder Nicolo Barella is a target for three of Italy’s biggest clubs, according to Tuttosport. As well as Juventus, Inter and Roma are tracking the 21-year-old.

Barella shares an agent with Radja Nainggolan, who joined Roma from Cagliari in 2014.

08.15 BST: Thursday’s live blog starts with a DONE DEAL! Sporting Lisbon have announced they have reached an agreement to sell Rui Patricio to Wolverhampton Wanderers for €18m.

The Portugal goalkeeper was one of nine players to quit Sporting after an attack by fans at the team’s training ground in May. Rui Patricio joined Premier League newcomers Wolverhampton in June as a free agent. Sporting went on to file a complaint to FIFA and the Court of Arbitration for Sport (CAS) against him and two other players that terminated their contracts and signed for other teams as free agents.

PAPER TALK (by Chris Wright): Blues fancy side of Rice

The Suns says Chelsea also are plotting a move for Declan Rice, who is enjoying a breakthrough season at the heart of West Ham’s midfield this season.

The 19-year-old was actually released by the Blues as a boy but, five years later they are hoping that a contract offer worth in the region of £40,000 a week will be enough to smooth over any lingering animosities.

Sarri is hoping to bolster his defensive midfield ranks in January, with both Tiemoue Bakayoko and Danny Drinkwater unlikely to have a future at Stamford Bridge.

Borussia Dortmund could be about to add to their collection of promising young English talent with a move for Manchester City starlet Phil Foden.

The Daily Mail report that the German club are “leading the chase” to acquire Foden’s services. What’s more, it’s claimed that Dortmund think they may be able to land the 18-year-old midfielder for a development fee as low as £175,000.

Despite being lauded as one of City’s hottest academy products, Foden has amassed just 20 minutes of first team football for Pep Guardiola’s side this season.

The teenage prodigy and his representatives are about to start renegotiating his City contract soon, but Dortmund are eager to throw a metaphorical spanner in the works during this period of relative uncertainty.

Juventus are keen to open talks with Juan Mata over a January move as soon as the Spanish forward moves into the final six months of his contract at Manchester United.

As things stand, Mata is free to converse with foreign clubs come the new year, and the Bianconeri would very much like to sound his situation out.

The Evening Standard reports that Jose Mourinho has instructed United to renew the 30-year-old’s deal, but the player himself might be tempted to seek regular first-team football elsewhere. So far this season, Mata has seen his involvement restricted to just four league starts, and as such Juve think the prospect of more game time may be potent leverage in negotiations.

– Manchester United will furnish Mourinho with a £100m budget to pad out his squad in January and will also sanction the sale of Paul Pogba to help boost the pot even further, as per Tuttosport.

– According to RMC Sport, Paris Saint-Germain are sizing up a January bid for Watford midfielder Abdoulaye Doucoure and are willing to pay around €30m for the all-action Frenchman.