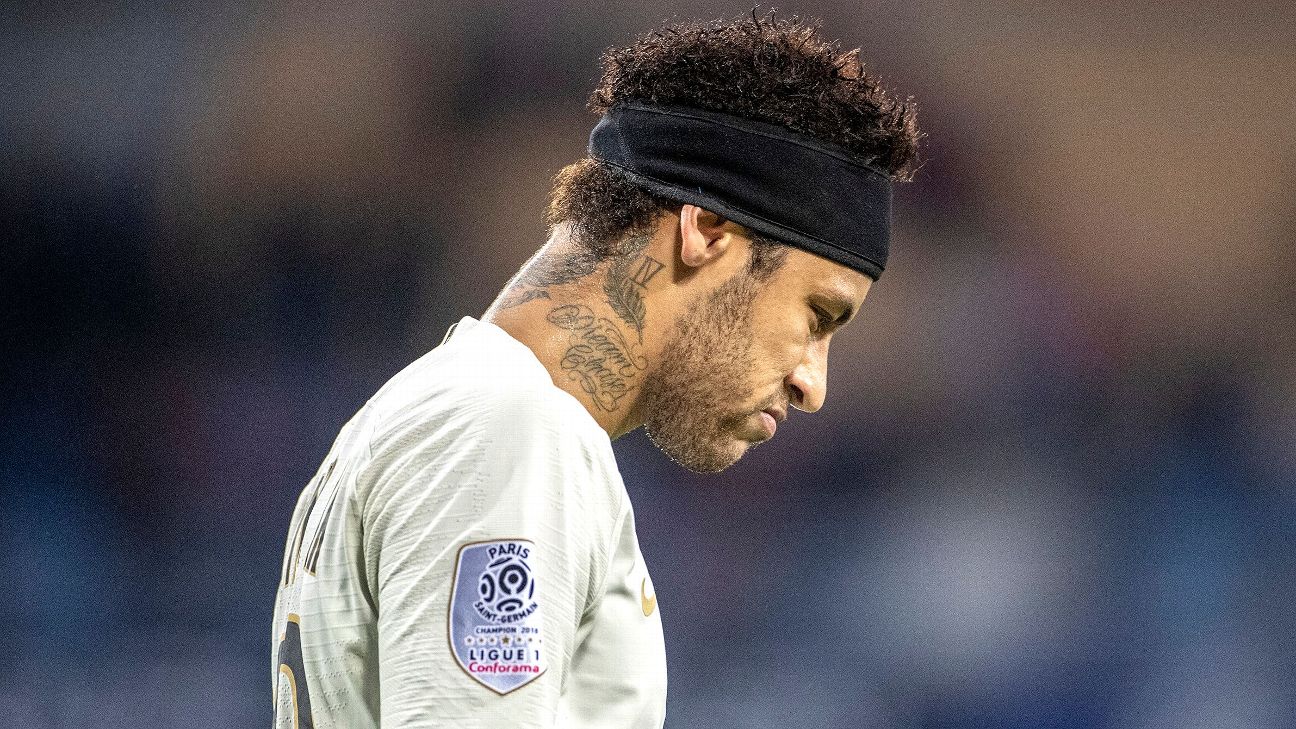 Neymar‘s on-off-off-on switch to Spain dominated the headlines for the majority of the summer, but Barcelona president Josep Maria Bartomeu told reporters that the Brazilian is not part of Barca’s recruitment plans in January.

No, honestly. Bartomeu stated that Barcelona have no interest in making a move for Neymar in January, despite the incessant speculation linking the player with a return to the Camp Nou.

“He’s not in the plans for January,” Bartomeu said. “Barcelona couldn’t meet PSG’s demands [this summer]. Barcelona never offered players for Neymar, it was PSG that asked for them. We did everything possible to sign him. It’s a fact that Neymar asked PSG to negotiate only with Barcelona. Lionel Messi didn’t tell me to sign Neymar, that’s a myth. The players don’t have a say in signings.”

So there you go. Neymar isn’t coming back. For the time being at least.

In addition to his Neymar revelations, Bartomeu has confirmed that Messi can walk away from the club — for nothing — at the end of the penultimate season of his contract.

“Messi signed until 2021,” he said. “It was agreed that at the end of the penultimate season he is at liberty to leave for free. He has earned that freedom to decide his future, but he is very cule and I am calm. Xavi, Iniesta and Puyol had the same clause. We couldn’t give Messi a different clause, but I repeat, I am in no doubt he will stay for many years.”

11.49 BST: Arsenal youngster Eddie Nketiah has enjoyed an explosive start to the season, scoring three goals at the start of his loan spell with Leeds and bagging a brace for the England under-21s in Turkey on Friday night. However, the striker has revealed he ignored the request of Arsenal coach Unai Emery for him to stay at the Emirates in favour of first-team football out on loan for 2019-20.

“The manager wanted me to stay so it’s really confidence-boosting for me that he had me in his plans,” Nketiah said. “But I felt like it was a good step for me to come to Leeds. I hope it’s a good year that can leave me in good stead going back to Arsenal to fight for a place. There were a lot of options, there were options for me to go to Germany but me, my family and the club decided Leeds was the best place.”

11.19 BST: Javier Tebas, the president of La Liga, reckons that Neymar is stuck at Paris Saint-Germain for the rest of his career unless he takes a pay cut.

“In view of the market, Neymar will retire at PSG unless he lowers his salary and also his PSG claims,” Tebas said. “The problem of not coming back now [to Barcelona] has to do with his own departure to PSG. It was an off-market transfer, it was only possible to happen with ‘traps’ to increase sponsorships. When you do it out of the market, it is impossible to sell again at this price.”

10.41 BST: There will be no transfer this summer for the legendary Samuel Eto’o, who has announced he is hanging up his boots at the age of 38. The striker, who won 118 caps with Cameroon, most notably played for Real Madrid, Barcelona and Inter Milan. He left Qatar SC earlier this year.

He said on Instagram: “The end. Towards a new challenge. Thank you all, big love.”

10.05 BST: Some more news from Spain, with Sport reporting that Real Madrid will make a move to sign Kylian Mbappe from Paris Saint-Germain next summer. They are going to have to dig deep to sign possibly the best young player in the game.

09.30 BST: The window might have closed, but that doesn’t stop the rumour mill from turning. Stay with us on this international Saturday!

Juventus are looking to bring in Spurs pair Toby Alderweireld and Christian Eriksen on free transfers, according to the Daily Mail.

Juve are renowned for picking up bargains, and snapping up the North London pair for nothing would appeal to those who control the purse strings in Turin. That said, the Daily Mail report that the Serie A giants may face competition from Inter for Alderweireld.

Inter are understood to have made contact with the player’s agents already and the paper claims that the Italian side and Spurs are ready to do business … sooner rather than later. The chances of Eriksen making a move to Italy remain a little slimmer.

Manchester City are eyeing defensive reinforcements and are focusing on Inter Milan’s Milan Skriniar, according to Calciomercato.

Pep Guardiola’s side tried to get the Slovakia international during the summer but were rebuffed by the Nerazzurri.

With the loss of Aymeric Laporte to injury, City may look to bolster their backline. Skriniar can provide that for the Premier League champions.

– Danny Simpson is training with West Brom as he attempts to find a new club. The Premier League winner left Leicester in the summer and has been on the lookout for a fresh challenge and now the Sun reports that the Hawthorns is his favoured location after struggling to find another club, either in England or overseas.

– The Daily Mail reports that agents are circling around Marcus Rashford, who has previously been managed by his mother, Melanie. The paper report that Paul Stretford — of Wayne Rooney fame — is one of a host of agents keen on bringing the misfiring Manchester United striker on board, despite his underwhelming start to the season at Old Trafford. That said, the paper claims that Rashford is currently ignoring all the attempts to bring him under new management.