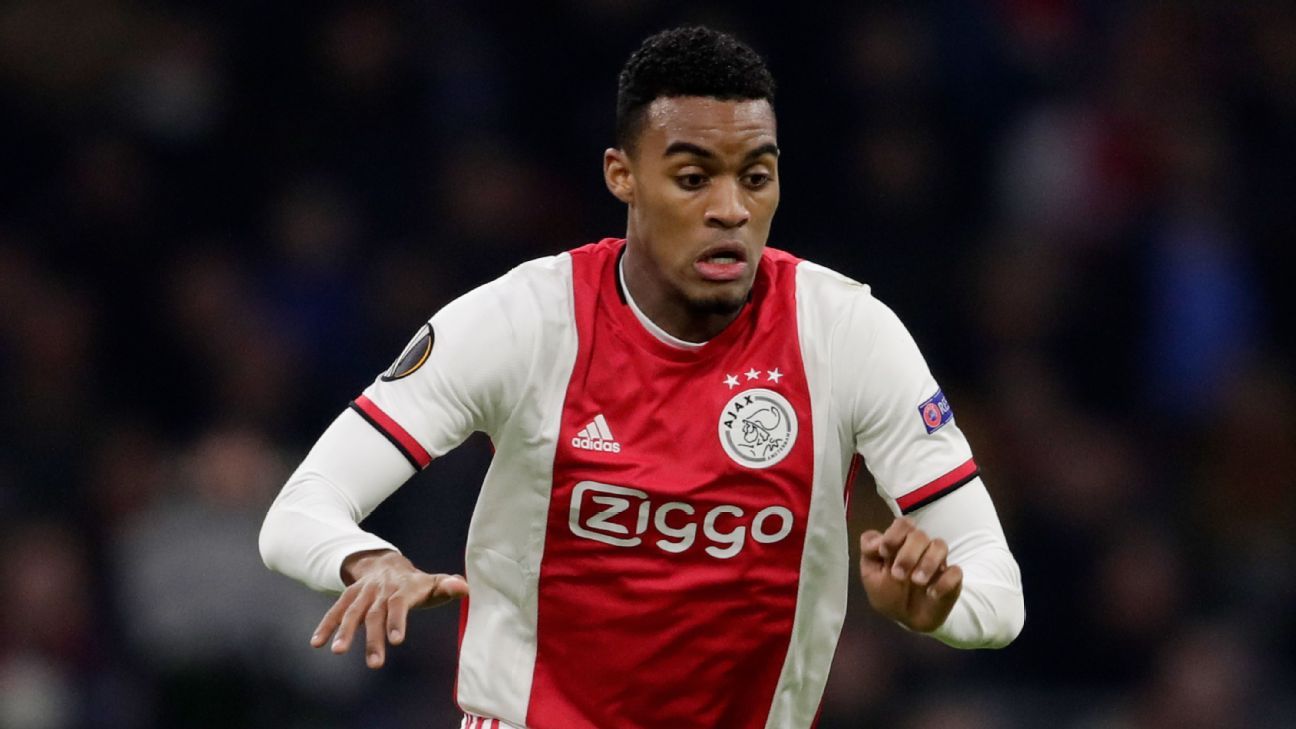 
The coronavirus pandemic made the summer transfer market unlike any before it, but there were still plenty of deals done and you can check out the major ones here. The window might be closed across the top leagues in Europe, but here are the best rumours from around the globe.

Dutch side Ajax are preparing themselves for bids for teenage midfield sensation Ryan Gravenberch, with Manchester United, Barcelona and Juventus all said to be interested, according to the Mirror.

The 18-year-old impressed while in action against Liverpool in the Champions League last week and he has already scored four goals in 19 appearances for Ajax. Moreover, he’s added three assists, but his overall style of play has drawn comparisons with Paul Pogba.

Gravenberch signed a three-year deal this summer and so the club could be unwilling to part with him just yet. However, the latest graduate from the academy looks destined for a big move, if not in winter, then next summer.

Ajax have made no secret of the fact that the coronavirus pandemic has troubled them financially, which in turn makes it harder for them to keep their best players and they recently sold Donny van de Beek and Hakim Ziyech to United and Chelsea respectively for a combined £80m.

Calhanoglu, 26, has a contract which expires in 2021, meaning he can negotiate a move to a foreign club in January. He has scored 27 goals in 137 games for Milan after signing from Bayer Leverkusen for around €24m in 2017.

Ian Darke believes Frank Lampard is struggling to find exactly where each player fits in his “star-studded” squad.

Pochettino is a free agent and has been linked with Real Madrid, Manchester United and Barcelona in recent months.

Semak is in the final year of his contract at the Russian club but it would be quite a coup if they were able to land the Argentine — though they do have history of hiring high profile managers with Roberto Mancini and Andre Villas-Boas arriving previously.

08.25 GMT: Bayern Munich defender David Alaba could be set for a move after talks collapsed over a new contract, says Bild.

Alaba, 28, has been linked with Liverpool, Man City, Real Madrid and Barcelona. The Austrian is out of contract next summer and can negotiate with foreign clubs in January. And, though Bayern don’t want to see him go, the club might be forced into a transfer to recoup some cash before losing him for nothing.

08.00 GMT: Portuguese coach Bruno Lage, who guided Joao Felix at Benfica, believes the Atletico Madrid forward has the potential to win the Golden Ball in the near future.

Under Lage, Felix scored 17 goals and set up 11 more in five months to help Benfica win the Portuguese league title in the 2018-19 campaign. Atletico signed the Portugal international for €126m that summer.

“If at 18 he was named the best Under-21 player (Golden Ball award), in a short space of time he can be a candidate for the Ballon d’Or,” Lage said. “We should not be saying whether he is going to be Cristiano [Ronaldo]’s heir or not. What Cristiano did is extraordinary, and Joao Felix has a long way to go. The most important thing is that he doesn’t have the ambition of being leader of anything but that he continues to develop and show in all his game his potential.

“If he does that, to be recognised worldwide will come naturally. With his talent, his worth ethic and humility, he has everything to be a great world reference player. He already has the pressure of playing in that team [Atletico], the €126m, of winning … we can’t add further pressure of becoming Cristiano’s successor.”

Liverpool aren’t the only ones eyeing Schalke centre-back Ozan Kabak, with Gazzetta dello Sport reporting that AC Milan have also entered the race for his signature.

Liverpool were reported to have opened talks with Kabak last week, and that news appears to have spurred the Rossoneri into action.

Milan also want to try to complete a move for the 20-year-old in January, and Schalke are keen to recoup £20m for him.

However, Liverpool’s need for defensive reinforcements was made greater on Tuesday night following the injury to Fabinho against FC Midtjylland. Jurgen Klopp is already without Virgil van Dijk, and Fabinho’s absence could accelerate Liverpool’s plans.

The AC Milan goalkeeper has been on PSG sporting director Leonardo’s wishlist for some time and with his contract set to come to an end next year, and with no agreement in place with Milan yet, the French champions are still hopeful that they can land their man.

Leonardo knows Donnarumma well from his days as sporting director of Milan, and he also knows that the Rossoneri are facing financial difficulties, even if they are reported to be planning a spending spree in January.

Milan’s technical director, Paolo Maldini, is reported to have tried to open talks with Donnarumma, but there has been little progress so far.

Moreover, Milan would struggle to match the kind of contract that PSG can put in front of the 21-year-old.

– Sampdoria are sweating following the news that Gremio are keen to take Uruguayan star Gaston Ramirez to Porto Alegre. Calciomercato go as far as suggesting that Ramirez’s representatives have already started talks with the Brazilian side. Sampdoria are reluctant to sell but could be persuaded for €5m, though Gremio are hoping to negotiate to bring that figure down.

– Genoa are hoping to sign M’Baye Niang from Rennes in January, reports Gazzetta dello Sport. The Serie A side attempted to sign the 25-year-old striker at the end of the summer window, but failed to strike an agreement with the French club. The former AC Milan striker has a contract until 2023, which means Genoa will have to pay a substantial fee to land their man.