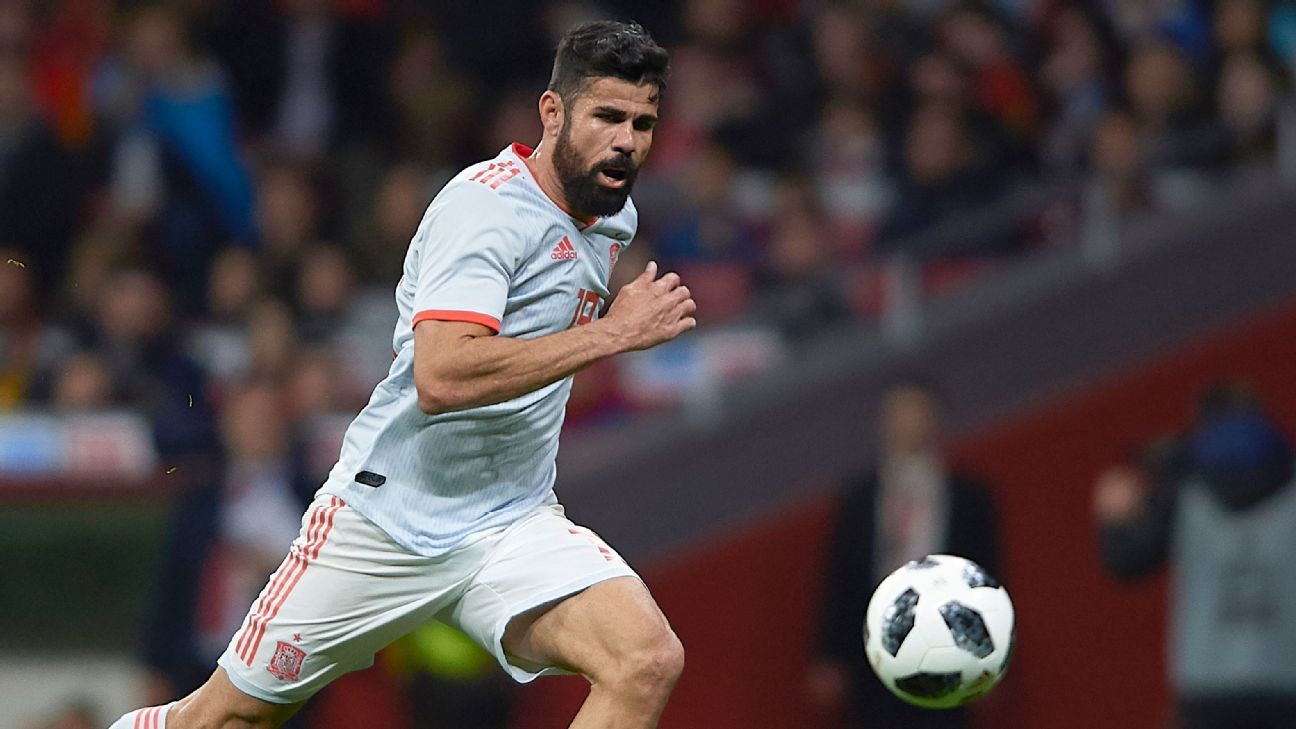 
Diego Costa believes people in Argentina should be thankful to have Lionel Messi in their national team and not criticise him when times get tough.

Messi missed Argentina’s 6-1 friendly loss to Spain in Madrid on Tuesday with a muscular problem and cut a worrying figure as he watched from the Wanda Metropolitano stands.

Costa, who put Spain on their way to victory by scoring the opener against Argentina, believes Tuesday’s result further underlined Messi’s importance to his country.

Messi’s hat trick at Ecuador in the Albiceleste‘s 3-1 win in their final qualifier on Oct. 10 earned his country a spot in this summer’s World Cup.

Argentina coach Jorge Sampaoli was eager to have Messi on the pitch against Spain, but Messi, who sat out Argentina’s 2-0 win over Italy on Friday, was ruled out as a precautionary measure.

“Argentinians know that Messi is Messi,” Costa said. “I hear that people criticise [him], but Messi deserves preferential treatment because he is the best. A player like Messi cannot be criticised. You have to give thanks to God that he exists.”

Messi and his teammates have had a strained relationship with the Argentine media for the last two years as they have often felt unfairly criticised — and the pressure led Messi to retire, albeit briefly, from international duty in 2016.

Costa admitted that Spain benefited from not having to face Messi.

“Everyone knows what Messi is capable of, so it changes everything knowing that he is not there,” Costa said. “Any team that faces Messi has to change. He is a player that makes the difference. We would have preferred for him to play as we want to compete against the best.”

Costa believes that while Spain must remain humble after their convincing win, Argentina’s chances cannot be discarded.

“This result does not make Argentina worse,” Costa said. “Argentina is still a candidate for the title because they have the best.

“We played a great game. We had to play the perfect game. We were playing at home and things went well for us. It was a big result but we cannot fool ourselves as a future encounter against Argentina will be different than this game.”

Spain won the 2010 World Cup and Euro 2012, and though they crashed out of the 2014 World Cup in the group phase and lost in the knockout round of Euro 2016, they are considered one of the favourites in Russia this summer.

“We always have to think big,” Costa said. “We are one of the candidates because of the players that we have.

“As for me, I have two months ahead to do a good job in my club. I know that if I don’t do it, I will not be called up [for the World Cup] but you always have to have confidence. There’s a lot of competition and I think the battle [to play] up front [for Spain] is going to be very beautiful.”